China A50 Index: Relatively strong in October within global indexes

Investors should focus on the October Caixin Non-Manufacturing PMI (55.0 expected) and the trade data ahead of this week. 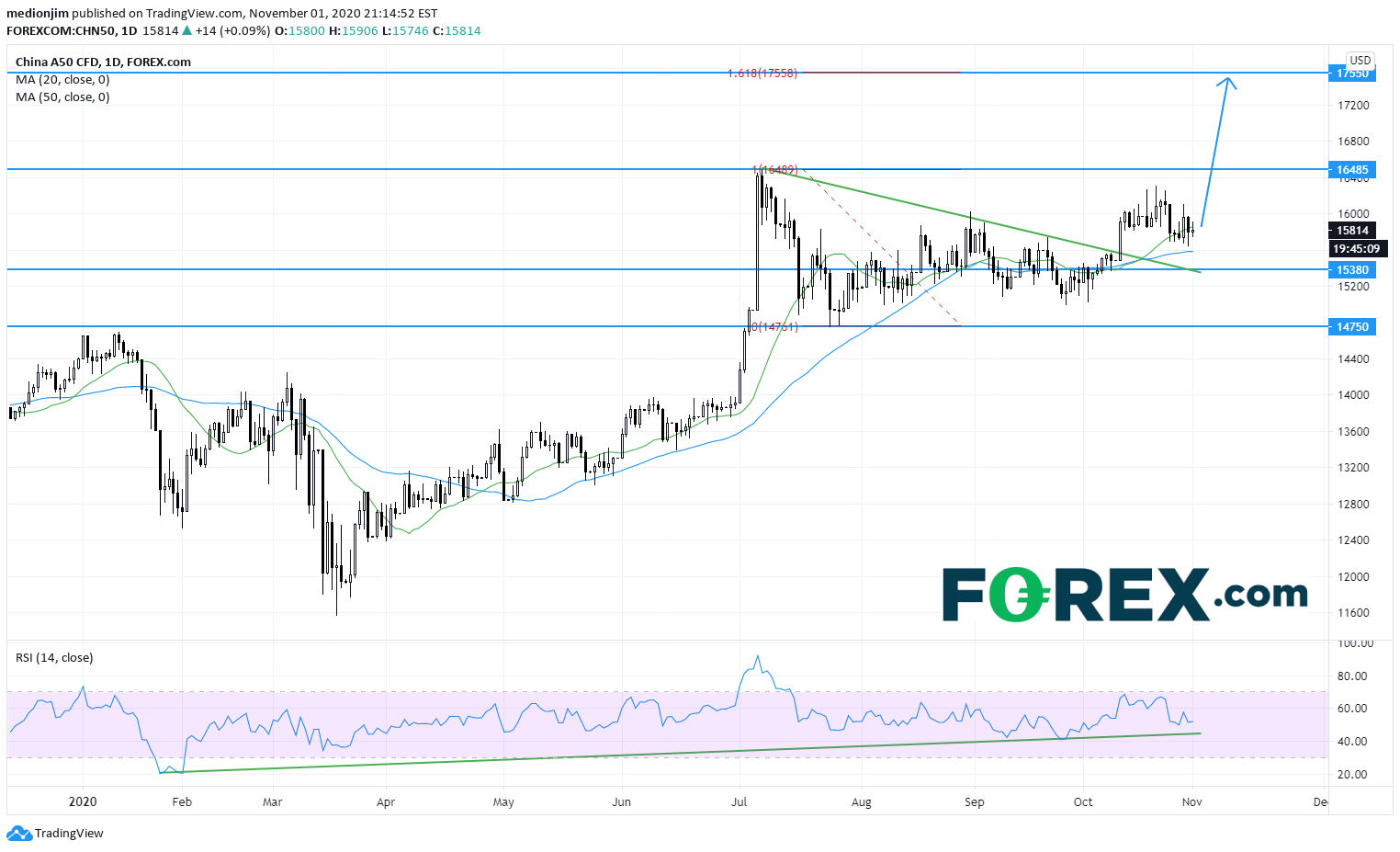