There is important data out of China this week, including CPI and PPI tomorrow, and Industrial Production and GDP on Friday. In addition,  Australia releases some important data of its own, including the RBA Minutes tomorrow and the Employment Change for September on Thursday.  This data together will be important in determining the direction of the AUD/USD in the short-term, as it seems that the US-China headlines may be on hold until Phase One is signed.

The Chinese economy is closely tied to the Australian economy as China is the main importer of Australia’s goods.  The data out of China often acts as an indicator for Australia’s economy, as a slowdown in China most likely means a slowdown in Australia.

AUD/USD has been in a downtrend since the beginning of 2018, and for one year, has been confined to a downward sloping channel.  After putting in a shooting star and holding resistance near .6900 on September 12th, AUD/USD traded lower and tested the August 7th lows, only to take them out by a few pips to .6670 and bounce.  Price bounced and is currently trading near the 50 Day Moving Average at .6775. 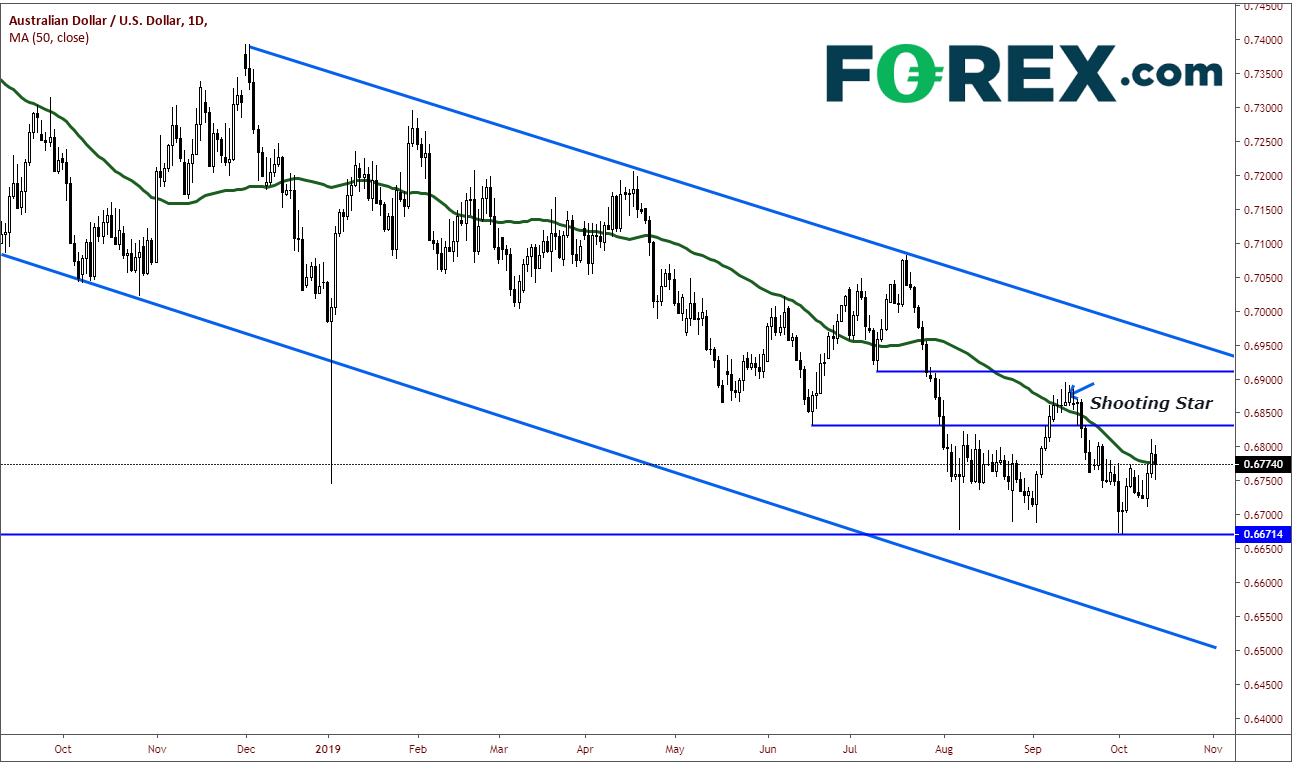 On a 240-minute chart, we can see that price traded right to the 61.8% Fibonacci retracement level from the September 12th high to October 1st and 2nd double bottom.    There is immediate resistance above at the recent high and 61.8% retracement level at .6810.  Above that resistance comes near the previous highs and psychological resistance near .6900. AUD/USD bears will be looking to sell near these levels and look to take out the October 1st and 2nd lows.  Minor horizontal support is at .6715.  However, on a big miss in data, that may be not enough to contain price and it could travel down and test the lows at 66.70.  If price breaks lows, the bottom of the long-term descending channel will come into play near .6525 (on daily). 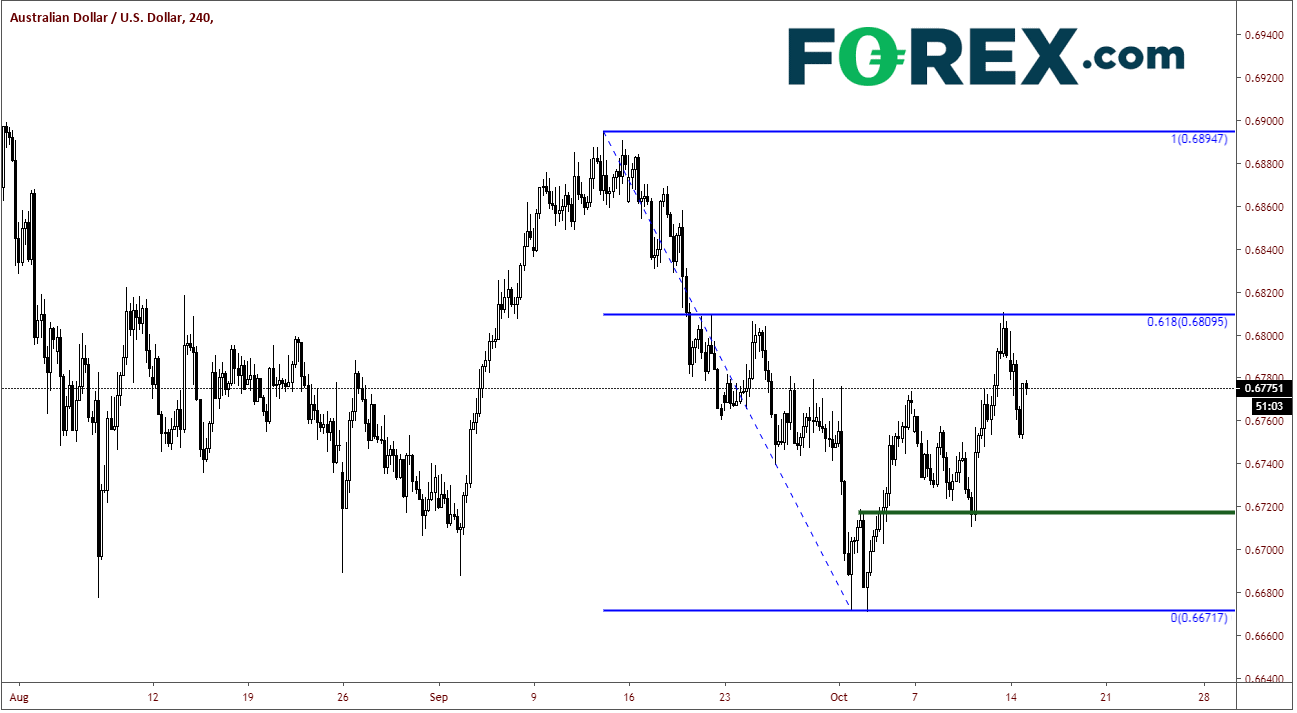