China and US CPI and PPI: Is it transitory?

China released both CPI and PPI data earlier and the results point to worries that inflation may pick up faster than expected.  China’s YoY CPI print was 0.9% vs 0.4% in March.  This is the highest reading since September 2020.  This big gainer in the CPI data was transportation and communication, which was 4.9% vs 2.7% in March.  Pork prices continued to decline, -21.4% vs -18.4% last.   The MoM headline reading was -0.3% vs -0.5% in March.

But what was more interesting was PPI

PPI is a measure of producer prices. It tells what businesses are paying for materials they use to make their products.  In theory, these prices will be passed on to the consumer at some point in the future.  China’s YoY PPI for April was 6.8% vs 6.5% in March and only 4.4% expected! This is the highest reading since October 2017! Think about how much commodities, such as lumber and iron ore, have gone up over the last month.  The big question is “When will these price increases show up in the CPI data?”.

Now it’s time for the US release

On Wednesday, the US will release April data for CPI and on Thursday, for PPI.  Expectations for CPI are 3.6% YoY for the headline print and 2.3% YoY for the Core Inflation Rate.  PPI is expected to be 5.9% YoY for April.

Should the Fed be worried?

The Fed has indicated that after years of inflation below their target of 2%, they are willing to let inflation “run hot” for a period of time.  However, if the headline result is as expected, inflation will be significantly above the Fed’s 2% target.  One has to consider that if the PPI data is as expected, it will feed through to the consumer and the CPI. Does it matter? Probably not. The Fed has already indicated that they believe the current inflation is “transitory”.  They need a “string of months” of actual data before they determine that inflation is too hot (whatever “too hot” is considered). If the US data is “as expected”, PPI in two of the largest economies in the world will be 6.8% and 5.9%,  which is primary due commodities and raw materials.  Even if the inflation is transitory, how long can central banks allow inflation to “run hot” until they begin tightening rates?

On a daily timeframe, USD/CNH had been moving in a downward sloping channel since May 2020 before a  1 ½ month correction in February and March of this year.  The pair began moving lower through April and tested the February lows yesterday near 6.4000. 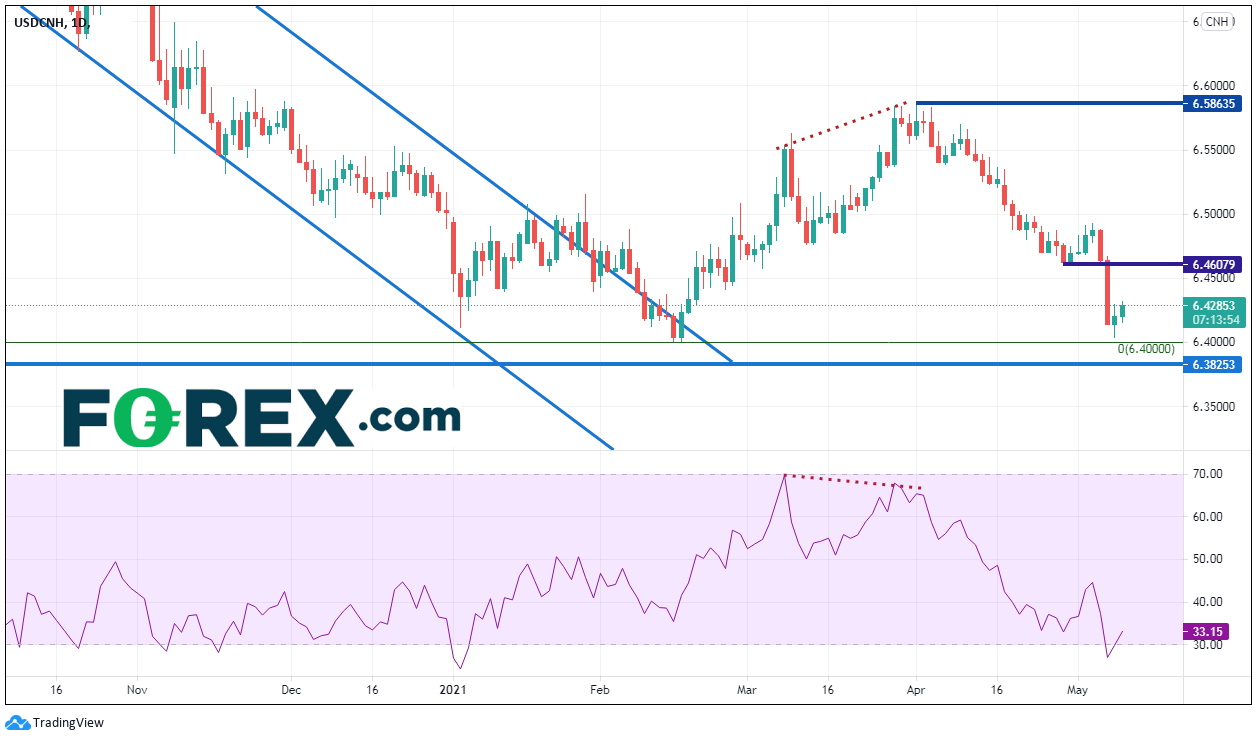 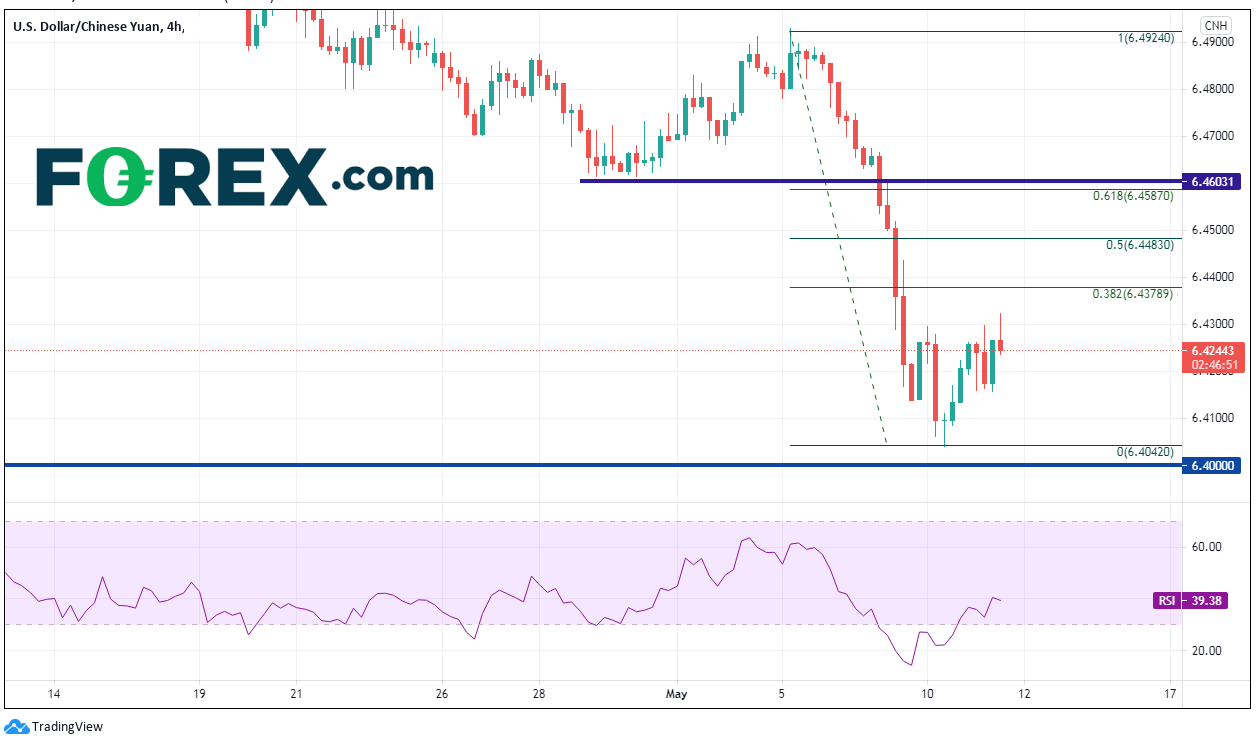 This week’s CPI and PPI out of the US will give traders a better idea of where inflation is headed.  Will the data be transitory or not?  Is it hot, or too hot? These are the questions traders will be asking themselves over the next few months!