From a technical point of view, the stock retreated from the March high at HK$15.10 before posting a rebounding at HK$13.00, which is the level around the 61.8% retracement level. Currently, the prices broke above the declining trend line drawn from March top. It indicates that the corrective move from March top would be ended.

In this case, bullish readers could consider to set the support level at HK$13.00 (the previous low) and the resistance levels at HK$15.10 (March high and the 61.8% retracement level between January top and March low) and HK$15.82 (78.6% retracement). 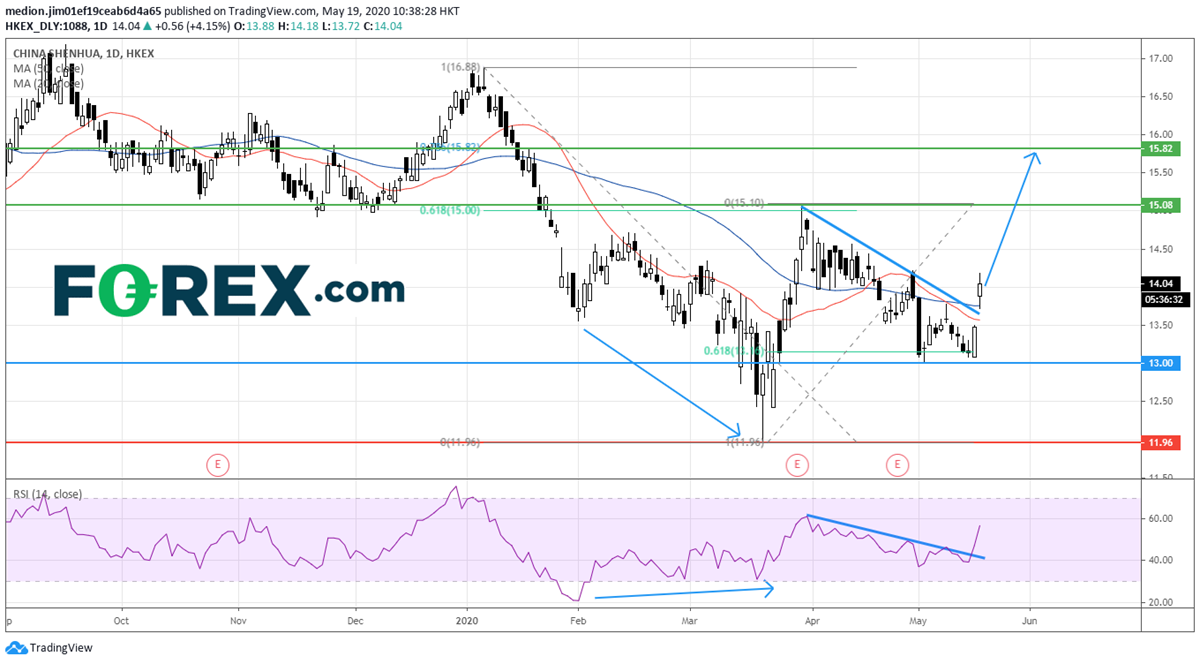