China Unicom rose around 2% after announcing its 1Q result.....

China Unicom rose around 2% after announcing its 1Q result. At the same time, Hong Kong's Hang Seng Index was slightly up 0.2%. It suggests that the company is out-performing today.

From a technical point of view, the stock is forming a falling flag, a bullish continuation pattern, on a daily chart. A break above $5.10 would validate this pattern and bring a resumption of recent uptrend. Recently, the prices reversed up after touching the rising 20-day moving. The RSI also breaks above the declining trend line drawn from January. 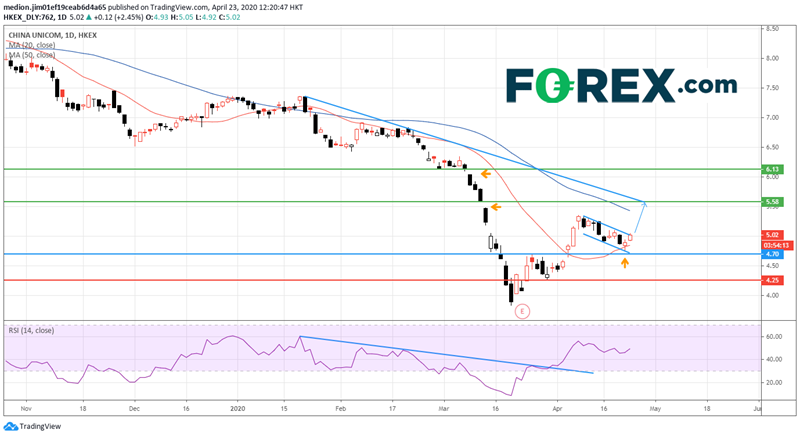