From a technical point of view, the stock is in the consolidation phase after failing to break above the declining channel yesterday. In addition, the Candlestick formed a hammer yesterday, suggesting a signal for potential reversal. It suggests that the declining channel would act as a resistance now. However, the rising trend line drawn from April remains acting as support.

The 20-day moving average is flattening. Moreover, the RSI is ranging between 41 and 54. Both technical indicators suggest the loss of momentum for the prices. In this case, it would be better to watch the breakout signal for the trend line.

A break above the declining channel would consider a further upside to the resistance levels at $15.38 and $16.60 respectively. On the other hand, a break below the support base at $13.90 would bring a return to March low at $12.60. 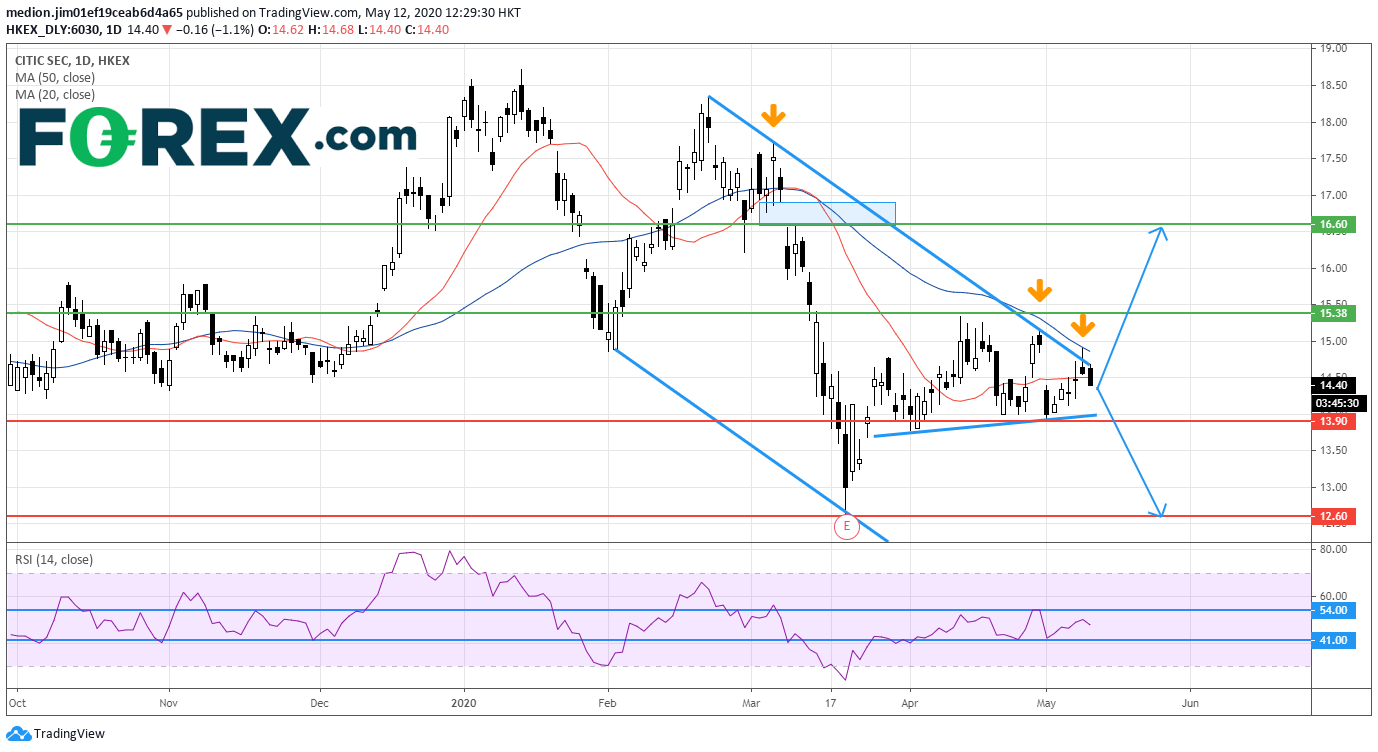