Commertzbank : new down leg in sight ?

From a chartist’s point of view, the stock price remains stuck in a short term trading range between 3.87E and 2.8E. The daily Relative Strength Index (RSI, 14) has just broken below its rising trend line indicating that the trend could turn down again. Readers may want to consider the potential for short positions below the horizontal resistance at 3.45E. A break below 2.8E would validate a new bearish signal. The measured down move target of the range is set at 1.8E.

Alternatively, a break above 3.45E would call for a test of the upper end of the range at 3.87E. 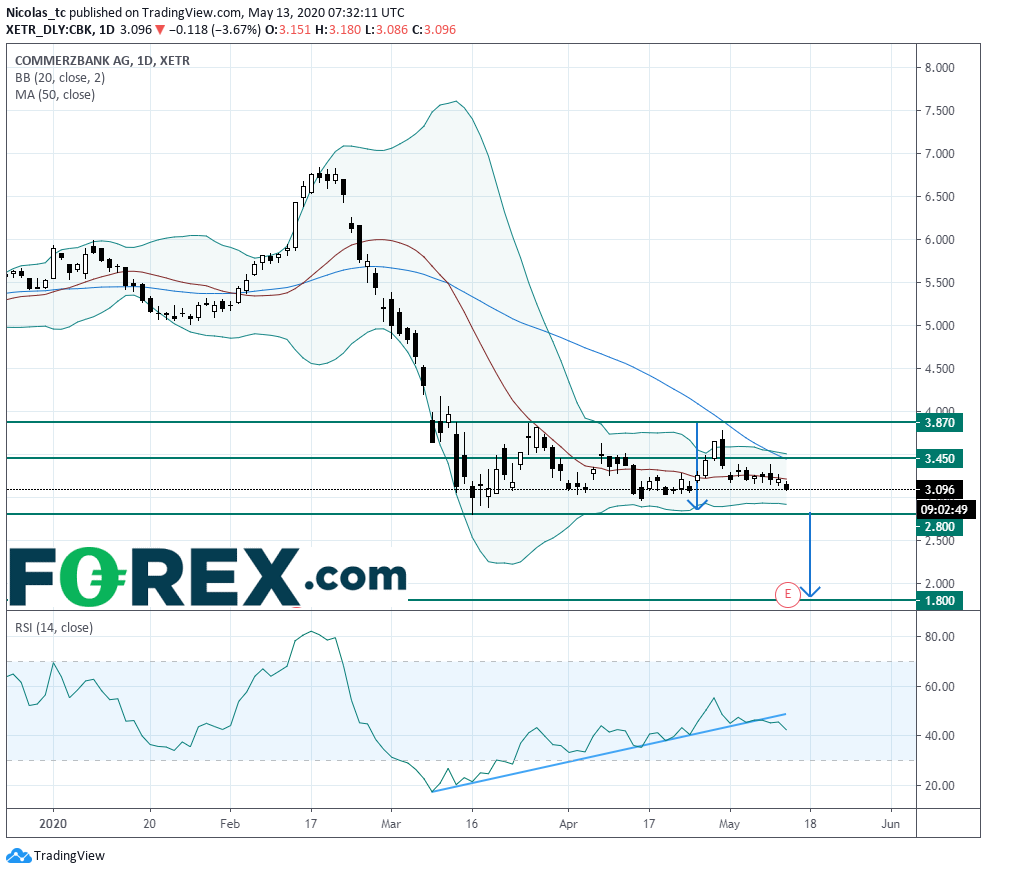