Commodities consolidate after a strong week

<p>Crude oil, copper and to a lesser degree precious metal prices have all rallied at various points this past week. It will be interesting to see if their good run of form will continue in the new week.</p>

Crude oil, copper and to a lesser degree precious metal prices have all rallied at various points this past week. It will be interesting to see if their good run of form will continue in the new week.

Oil prices have eased off their best levels but are still on the verge of closing higher for the fifth straight week, unless something dramatic happens in late New York trading. Brent and WTI are basically continuing their recovery process on growing hopes that the oil market is going to re-balance itself because of strong demand and a drop in supply given the noticeable idling of oil rigs in the US in recent months and the prospects of an oil-freeze deal between Russia and OPEC. A weaker US dollar has also supported oil and other buck-denominated commodities. But both Brent and WTI look a little stretched and so they may be due for a pullback in the short-term, especially with Brent testing a prior support level at $42.50 and WTI future its 200-day moving average at $42.35. Nevertheless, the medium-term technical outlook for both oil contracts remains bullish following their recent breakouts above key levels and trend lines, as show on the charts, below.

With yields being universally low across the developed economies and the dollar falling, buck-denominated precious metals have also shone this week. They rallied strongly over the past couple of days in particular after the FOMC sounded more dovish than expected on Wednesday, which helped to push expectations about the next Federal Reserve rate increase further out. Other major central banks have also turned more dovish recently, with the ECB, for example, expanding its QE stimulus package and the BOJ cutting interest rates into the negative.

Despite this, gold traders are left with a dilemma. On the one hand, the weaker dollar and easy central bank policy is boosting the appeal of the metal. But on the other, the same factors are also helping to underpin US stock markets in particular. While both gold and stocks can rise in tandem, because of the on-going "risk on" trading environment, speculators are evidently allocating more of their trading resources for stocks and less so for the safe haven metal. However, gold hasn’t exactly fallen off a cliff (yet) and should sentiment turn sour again then traders will realise that there are not many attractive alternatives to turn to other than gold.

Silver is less of a safe haven metal than gold, hence it has outperformed in recent weeks. On Friday, both metals had eased off after posting strong gains since Wednesday. At the time of this writing silver was testing the previous resistance at $15.80. The metal has already eroded a couple of bearish trend lines and has broken above some key resistance levels, while the 50-day moving average is turning higher and the 200 is flattening.  So, it will be important that the bulls hold their ground at around $15.80. Otherwise things could turn sour at the start of next week. Traders should be wary of the possibility that the dollar could find its feet again, while the whole commodities complex could come under pressure from renewed demand fears out of China. But for now at least, the technical outlook is looking bright for silver, and indeed many other precious metals including gold and platinum. Bearish speculators may therefore want to stay on the side-lines until the charts point to a trend reversal. 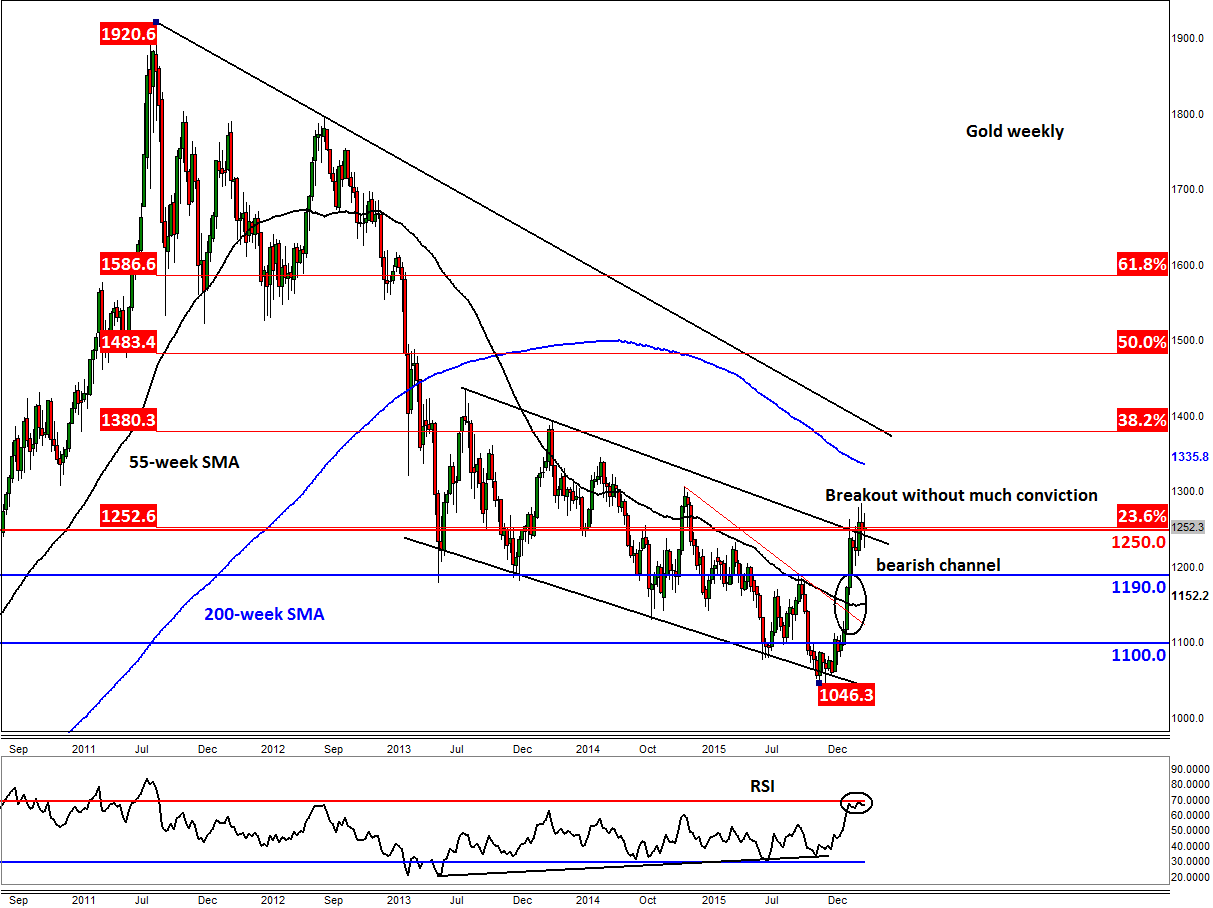 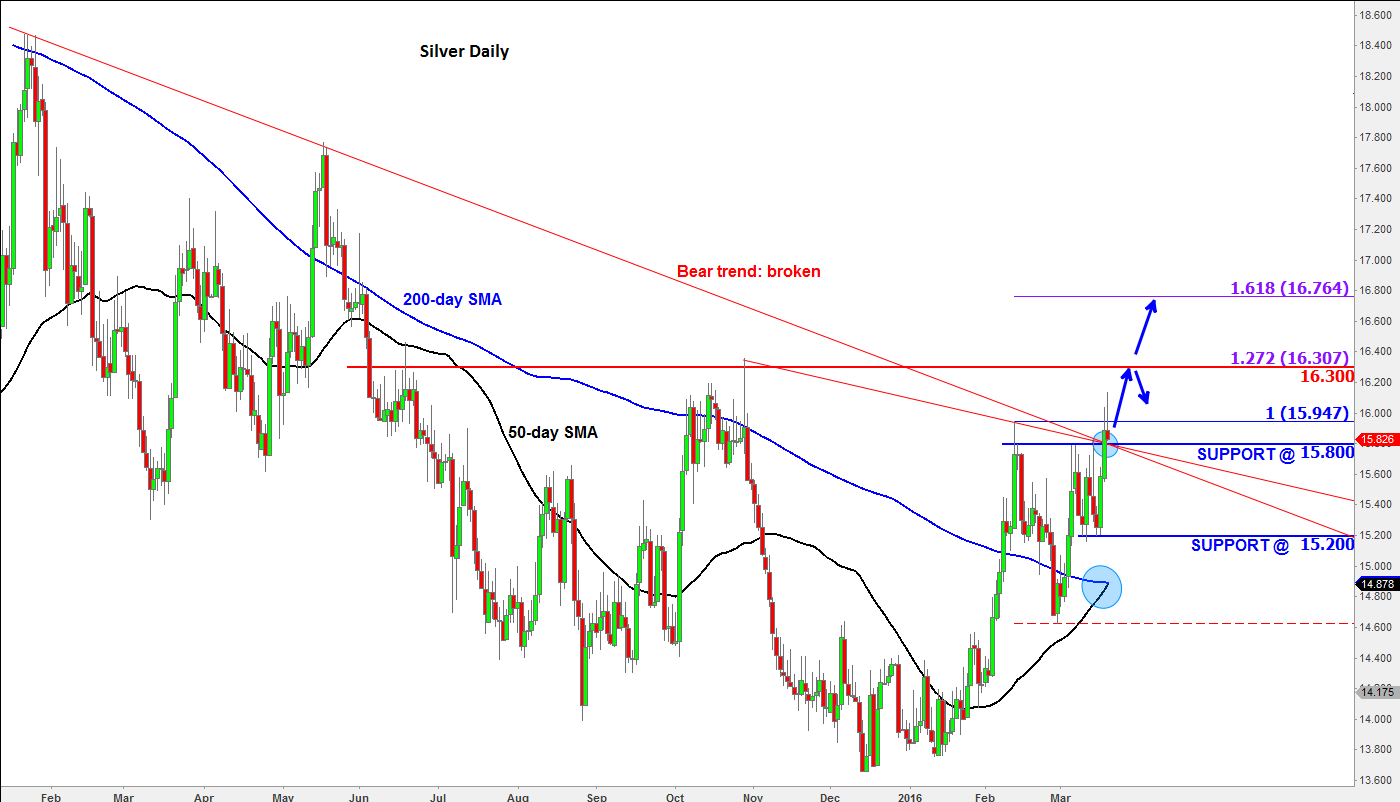 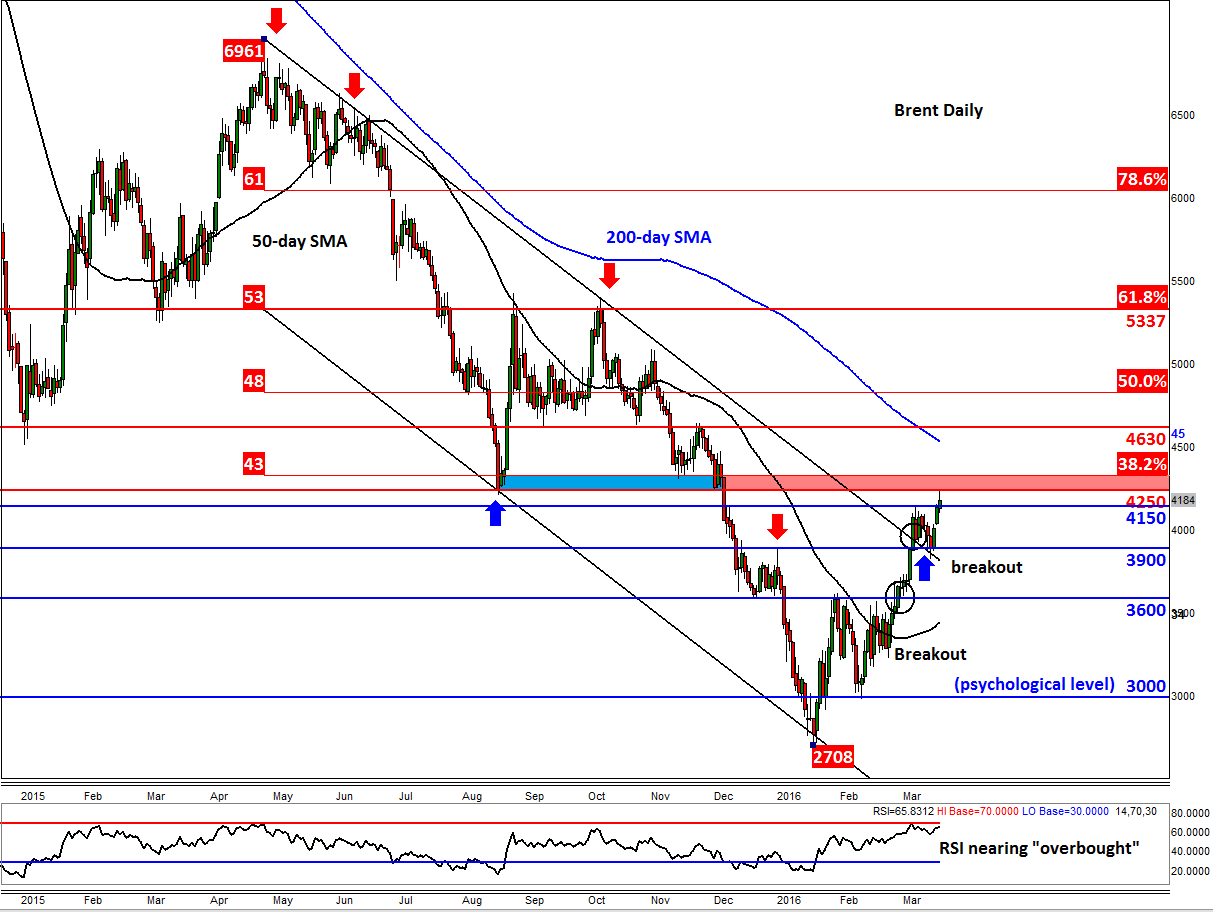 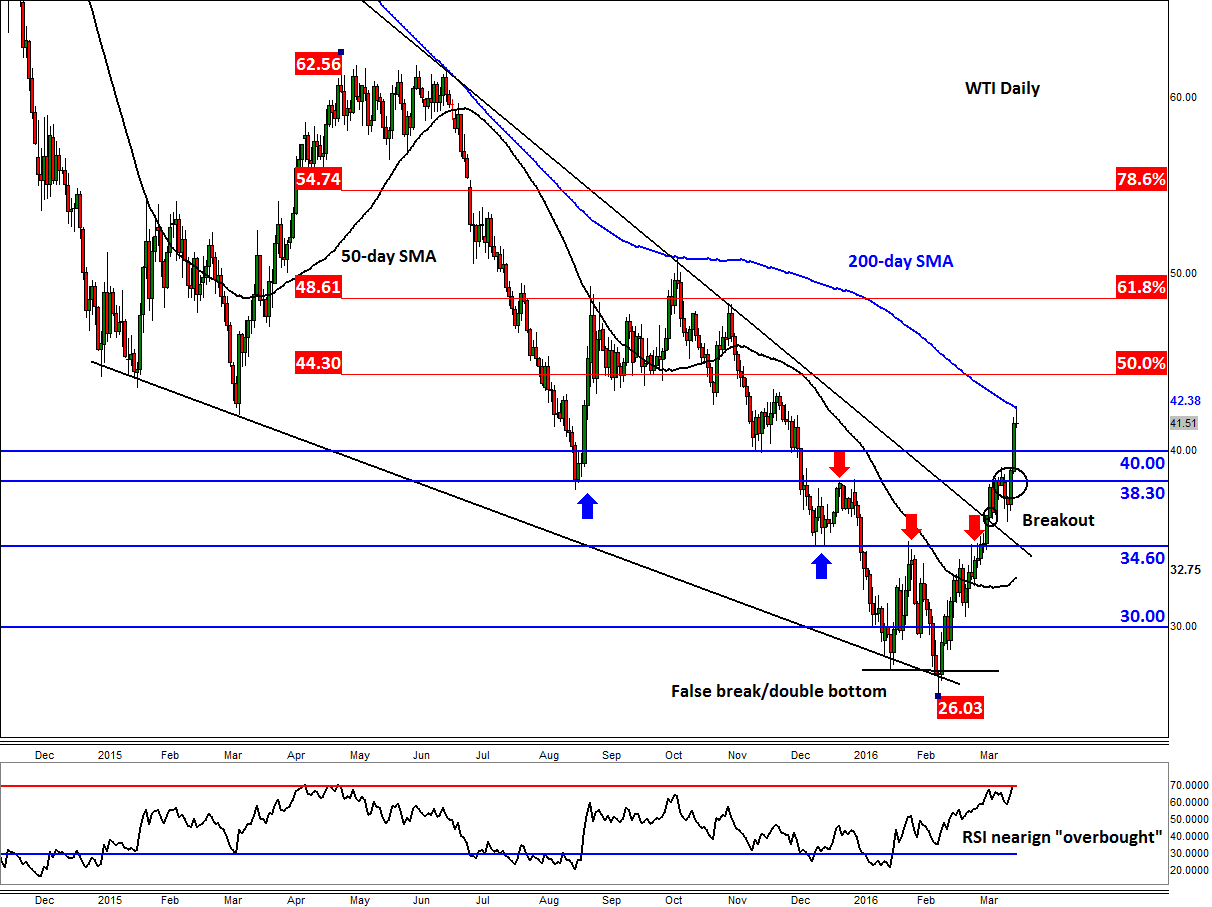