CaixaBank and Bankia, the two Spanish banks, announced that their boards of directors have approved the operation, to be executed as a merger by absorption of Bankia by CaixaBank

CaixaBank and Bankia, the two Spanish banks, announced that their boards of directors have approved the operation, to be executed as a merger by absorption of Bankia by CaixaBank. The banks said: "The agreement consists of an exchange ratio of 0.6845 new CaixaBank ordinary shares for every Bankia share and includes a 20% premium over the exchange ratio at the closing of 3rd September." The implied deal valued would be 3.8 billion euros, according to Bloomberg.

From a technical point of view, Caixabank shares remain stuck in trading range since June 2020. A key support base has formed at 1.89E. The daily Relative Strength Index (RSI, 14) has broken above a declining trend line and is not overbought. It reinforces the probability of an upward breakout of the range. A push above 2.12E would validate a bullish signal and would open a path to see 2.20E and 2.33E. Only a break below 1.89E would negate the bullish view. 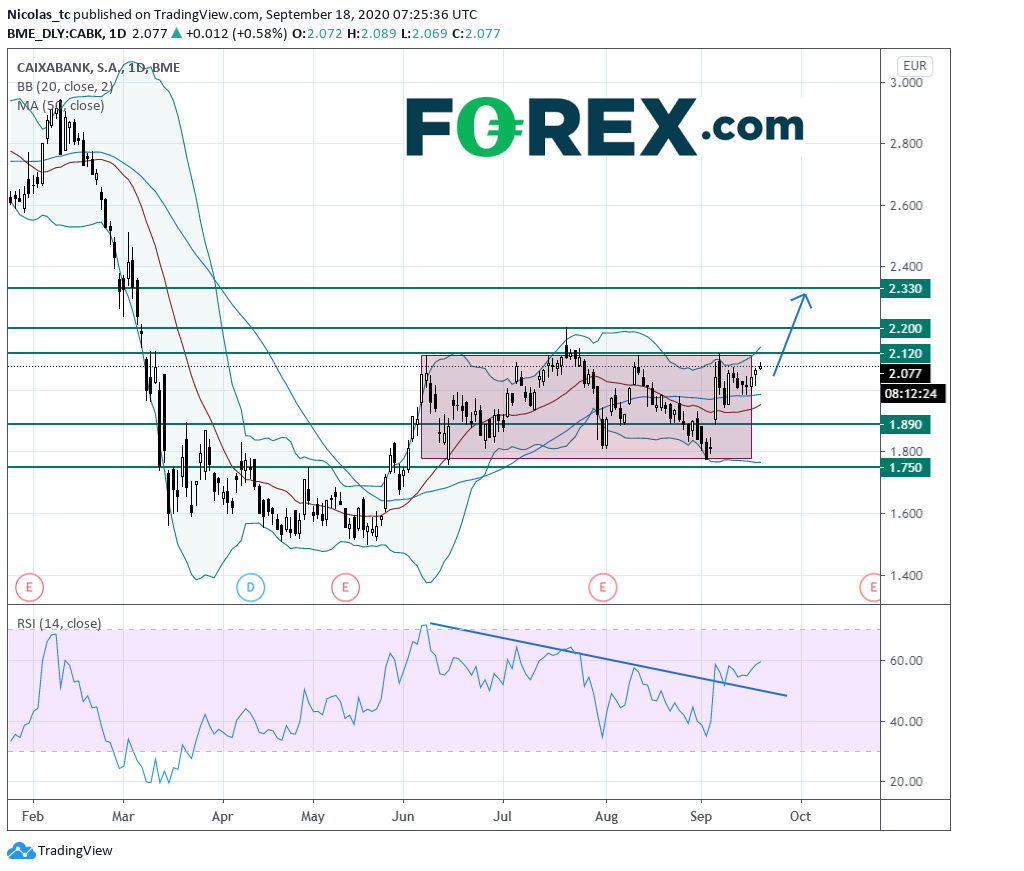