Copper prices are considering a break down from a multi-month head and shoulders top, and Anglo American may be dragged down with it. 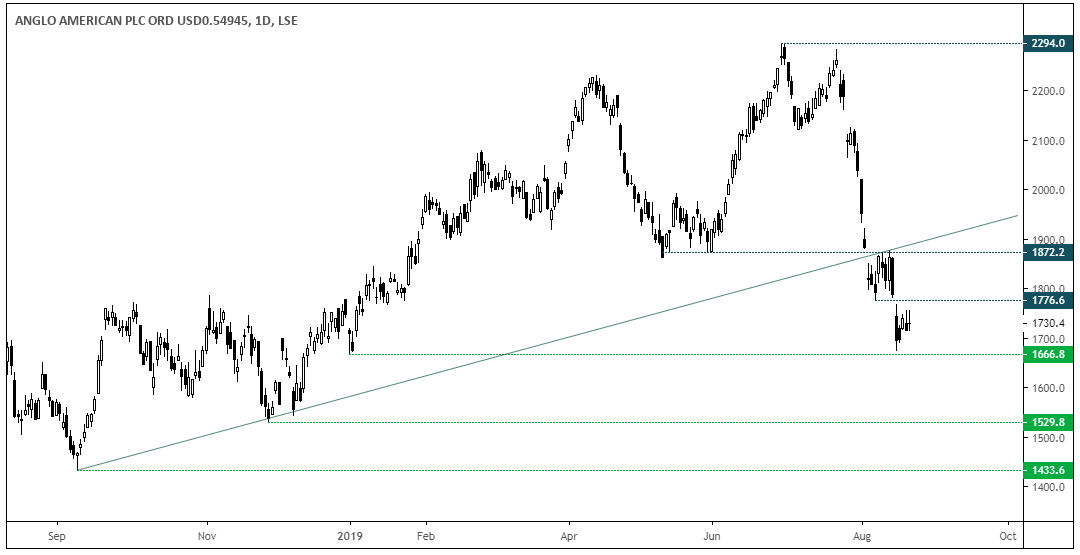