There may be upside risks to this week’s core PCE report as higher prices start to become psychologically entrenched...

You can’t get through the front page of any business newspaper without reading about the risks of rising inflation, and that trend has only become more dramatic since last week’s hawkish surprise from the Federal Reserve. With the central bank essentially telegraphing that it’s looking to announce a plan for tapering asset purchases in the next couple of months, the market is laser-focused on the Fed’s preferred inflation measure: Core Personal Consumption Expenditures (PCE).

According to the Bureau of Economic Analysis, “the core PCE price index measures the prices paid by consumers for goods and services without the volatility caused by movements in food and energy prices to reveal underlying inflation trends.” Unlike the more widely-followed consumer price index (CPI) of inflation, core PCE measures price changes for all households and nonprofit institutions serving households, not just urban households, making a broader measure for the country as a whole.

Last month’s core PCE report came in at 0.7% m/m and 3.1% y/y, marking the highest year-over-year rate in nearly 30 years. For Friday’s release, traders and economists are expecting a 0.6% m/m rise, which would raise the y/y inflation rate to 3.4%.

While most economists and the majority of the Federal Reserve still believe any increases in inflation will be transitory, that argument will become more tenuous if hotter-than-expected inflation readings continue to pile up. Notably, this month’s University of Michigan Consumer Sentiment survey showed that consumers expect prices to rise 4.6% over the next year and 3.0% on average over the next five years, suggesting that there may be upside risks to this week’s core PCE report as higher prices start to become psychologically entrenched.

With investors betting on a widening policy divergence between the Fed and the European Central Bank, EUR/USD will be a pair worth watching closely around the core PCE report release. The world’s most widely-traded currency pair is trading higher on the week after dropping to a two-month low last week, but the recovery looks more like a counter-trend correction than a sustainable trend change at this point.

As long as prices remain below previous-support-turned-resistance in the 1.20 zone and the 4-hour RSI indicator remains in bearish territory (below 60), readers can view the current pattern as a bearish flag pattern, signaling a likely resumption of the recent downtrend with potential for a drop back to 1.1850 or 1.1800 in the coming days. 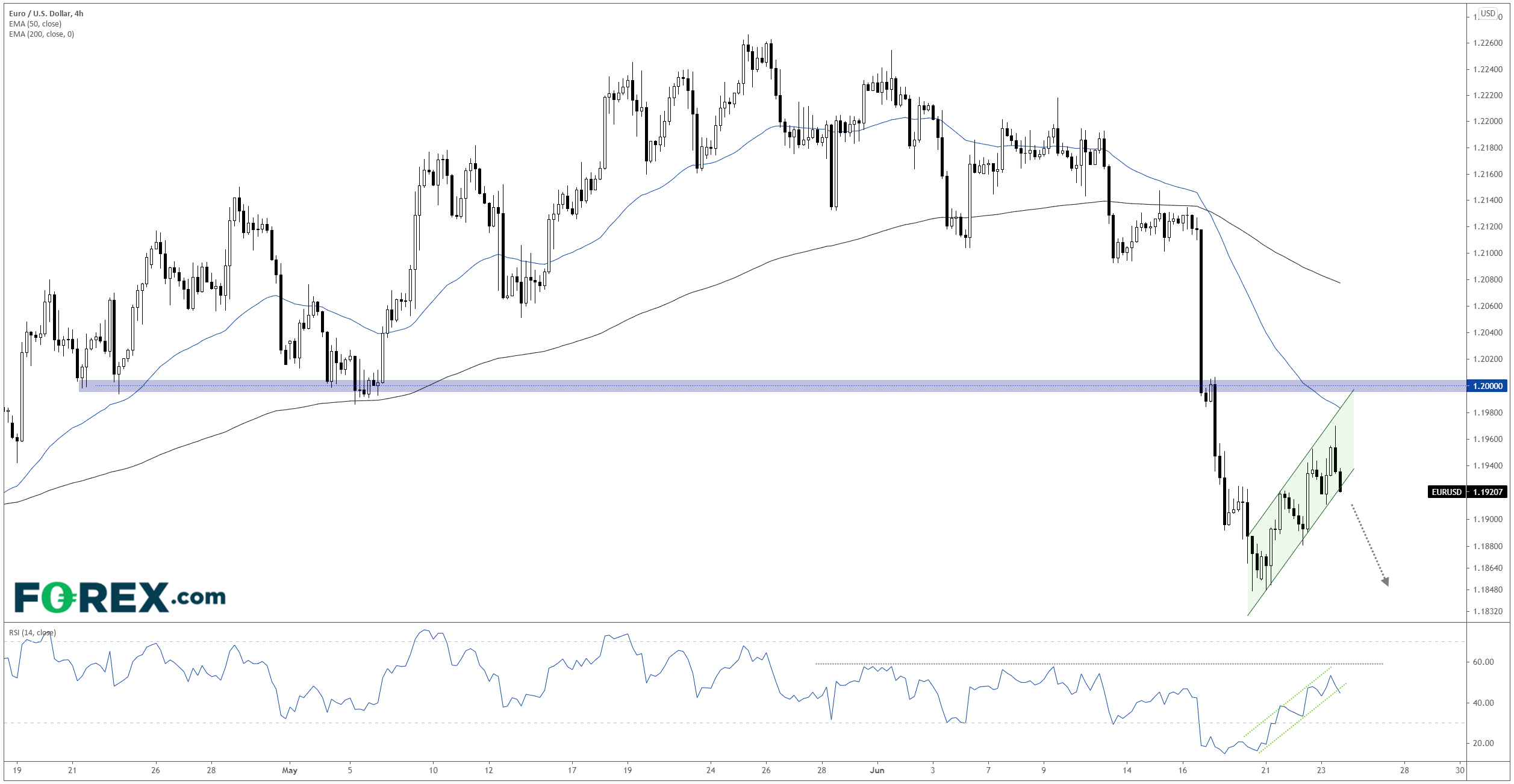