Corn at 7-year highs. Will it continue?

Don’t be surprised if it pulls back first given the overbought conditions on the weekly timeframe.

The July Corn contract made new highs (again) today, above 7.20.  Soybeans are a stone-throw away from the April 27th highs of 15.74 per bushel.  The same can be said for Wheat, which is nearing its April highs at 7.69 per bushel.  Commodity prices have been rising across the board, from all-time highs in lumber to all-time highs in copper and iron ore.

However, the rise in corn is notable for quite a few reasons, which suggest the grain may have more room to go on the upside:

What do the technical say? 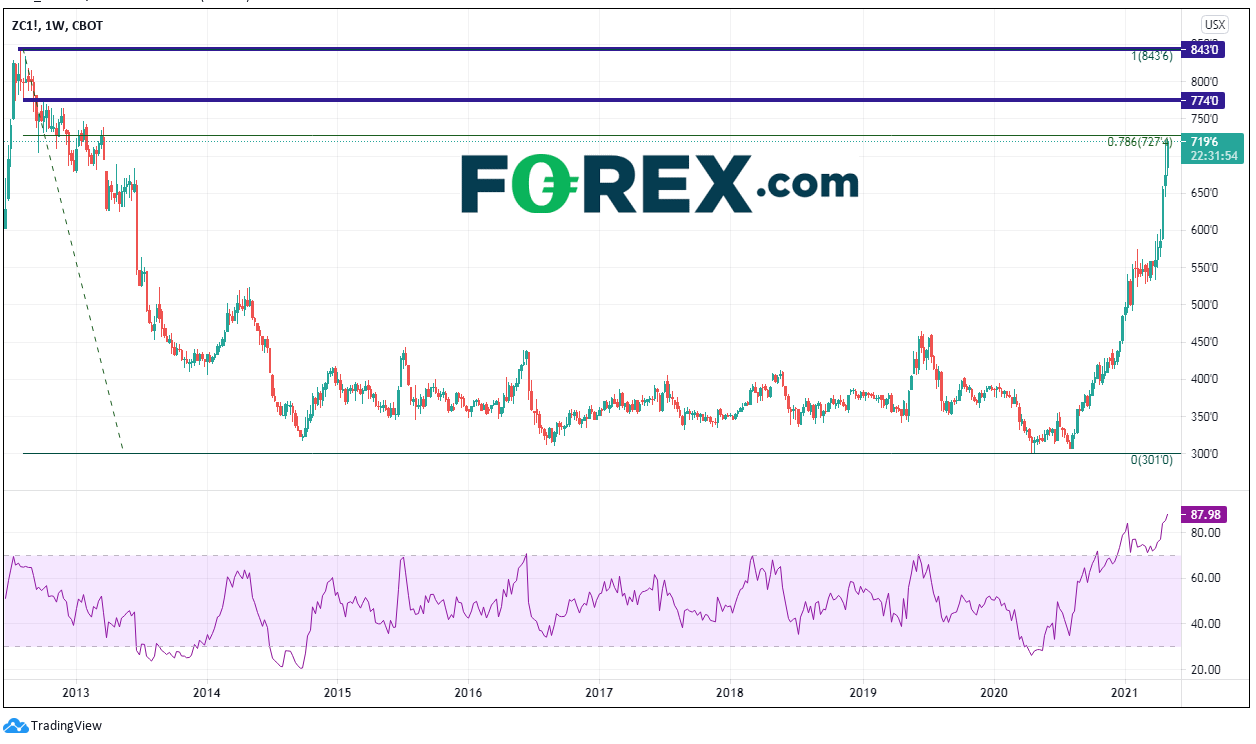 However, note that on the weekly timeframe the RSI is near 88, which is considered extremely overbought.  Therefore, with the near-term Fibonacci level above and the overbought RSI, it is quite possible that corn prices may pull back.   On a 4-hour timeframe, the July contract put in a low of 6.45 on April 30th and put in all-time highs today near 7.20.  Horizontal support is below near 7.04, and then the 38.2% Fibonacci retracement from the April 30th lows to the May 6th highs near 6.97.  Below there is the 61.8% Fibonacci retracement from the same timeframe a gap-fill near 6.74. 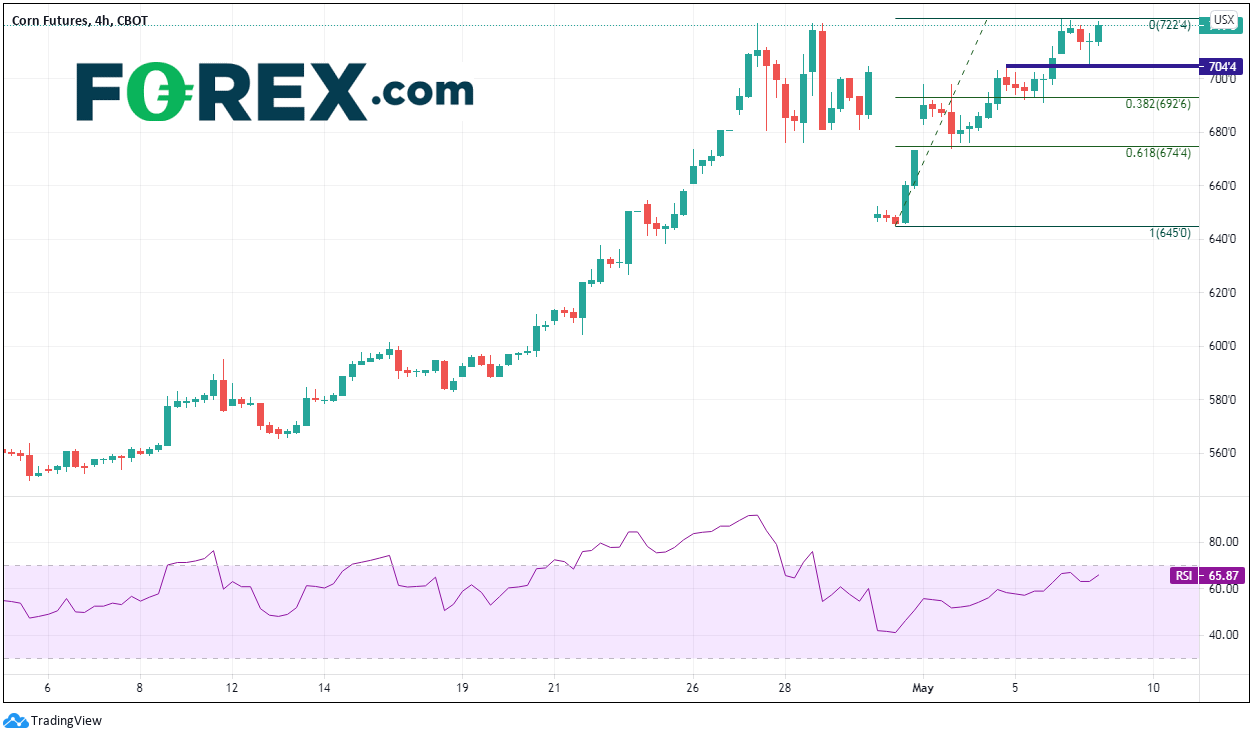 Corn prices appear as if bulls may try to push them higher, given both the fundamentals and technicals.  However, don’t be surprised if it  pulls back first given the overbought conditions on the weekly timeframe.