US Retail Sales for the month of July were -1.1% MoM vs -0.3% expected and +0.7% in June.  As we saw last Friday, the Michigan Consumer Sentiment Index Preliminary number for August fell to 70.2 from 81.2 in July.  This now appears to have already be factored into the retail sales print for July, as the delta variant has raised caution to consumers who had been taking advantage of the reopening of the US economy by spending in the service industry. However, motor vehicle and parts were the main culprit of the headline print, after several months of out performance.  Another reason for the weaker print may be that consumers have already spent their stimulus checks.  Excluding Autos, the retail sales number for July was -0.4% MoM vs +0.1% expected and +1.6% in June.

The US Dollar went bid on the print as traders fled to the safe-haven currency. (Incidentally, bonds and stocks sold off as yields moved higher, which also has helped the US Dollar to head north.)  After failing to break above the March 31st highs at 93.42 on July 21st, the DXY pulled back to the 38.2% Fibonacci retracement from the May 25th lows to the July 21st highs near 91.81.  Price bounced off the Fib level and tested resistance at the July 21st highs and an upward sloping trendline near 93.19.   With today’s move, the DXY is once again trying to take out those levels. 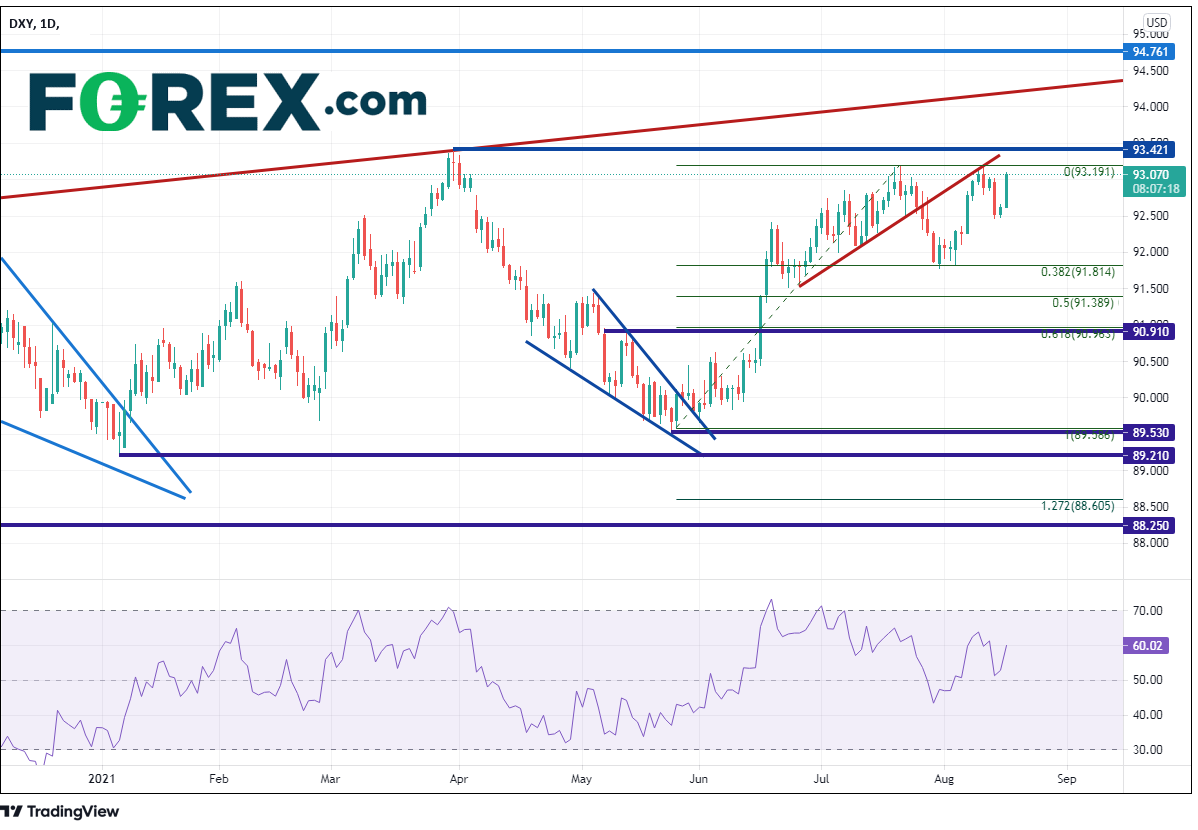 On a 240-minute timeframe, the price action off the lows in early August, the pullback from the 93.29 to the 50% retracement level from the August 4th lows to the August 11th highs, and the subsequent bounce has created a possible AB=CD pattern.  The target for this formation is near 93.85.  If price is to reach target, it must first break through the recent highs of 93.19 and then the March 31st highs at 93.40.  If the DXY is to reverse today and move lower, first support is at the August 13th lows near 92.59,  then the 61.8% Fibonacci retracement level and horizontal support near 92.24. 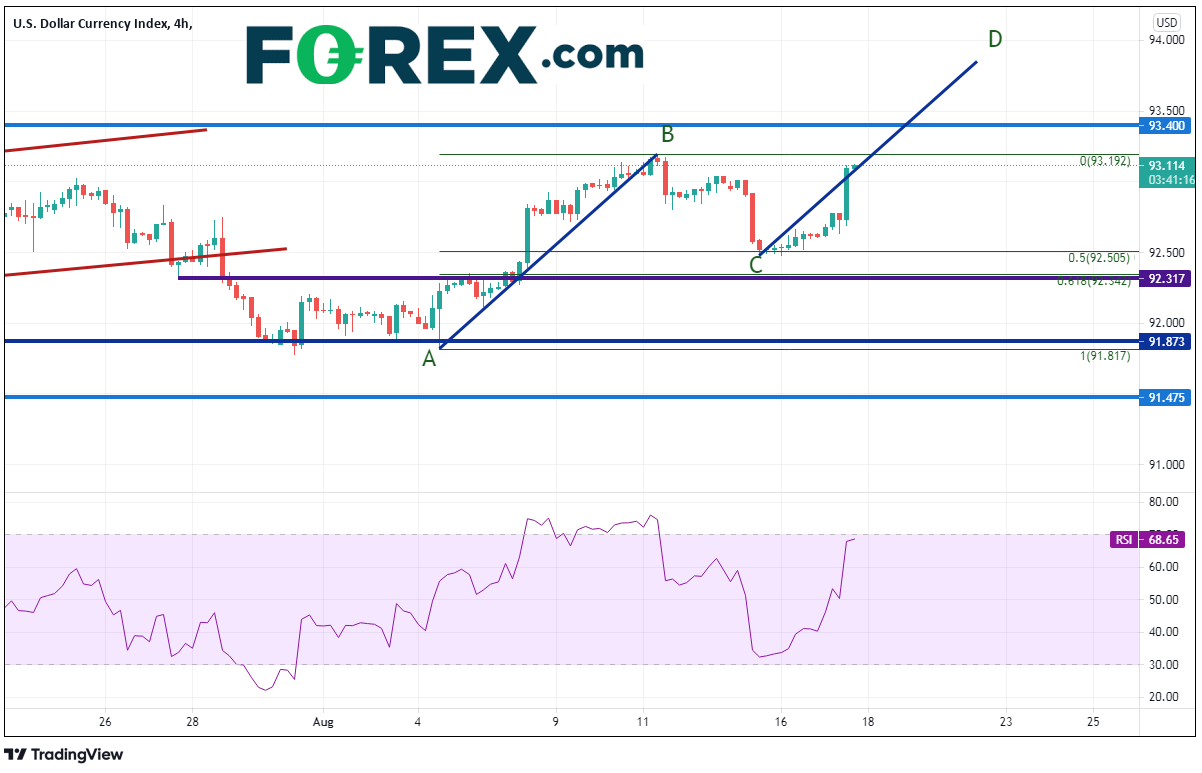 The Retail Sales figures for July were worse than expected, helping the DXY to move higher.  Combine this with a fear of increasing new coronavirus cases and uncertainty surrounding recent geopolitical events, and the flight to safety seems to be to the US Dollar.