If China’s economy is slowing down, the Australian economy may slow down as well.

Fears of an increase in the contagion of the coronavirus have been causing a selloff in the Australian Dollar across the board.   As we have discussed during the US-China trade war, the Australian economy is directly tied to China’s economy.  China is a large importer of Australian goods and services.  Therefore, if China’s economy is to slow down because of the Coronavirus, the Australian economy may slow down as well.  There have already been talks of the virus knocking off up to 2% off Q1 GDP for China.  Businesses are temporarily shutting down.  Airlines are halting flights to China for as long as 3 months (Delta Airlines just announced).  All of this is causing a slowdown in China, and therefore, a potential slowdown in Australia.

In addition, the latest inflation data is not helping.  Earlier, Australia released the PPI data for Q4.  The actual print was 0.3% vs 0.5% expected and 0.4% previous.  Add bad economic data into the mix, and it’s a recipe for AUD/USD to trade lower into the weekend.

Last week, we discussed how AUD/USD was at an inflection point ahead of Employment data.  The headline data was better than expected, and it gave the pair a temporary bounce.   As we had discussed last week, AUD/USD was at a confluence of support and resistance areas, including trendline, necklines, moving averages, and Fibonacci Retracement levels.   However, as news of the Coronavirus began to spread,  price broke lower, and quickly hit the target of the head and shoulders pattern near .6720. 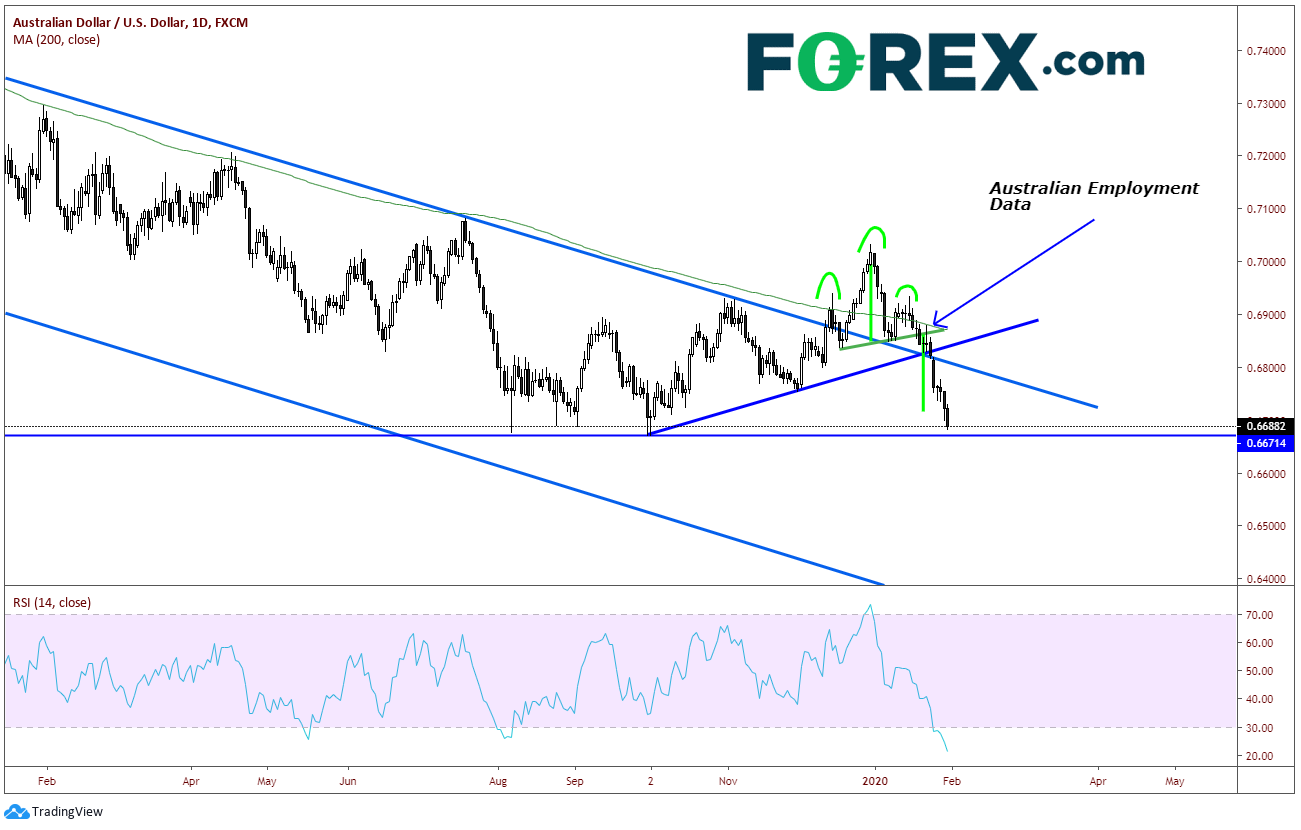 Price is currently closing in on recent lows from late summer near .6670, which are levels that haven’t been seen since 2009.  If price breaks .6670, we must look for Fibonacci extensions for next possible support levels.  .6582 is the 127.2% extension from the October 2nd low to the December 31st high.  The next Fibonacci extension level is the 161.8% extension at .6460.  Horizonal resistance above at .6750, and then the downward sloping trendline from back in June 2018 near .6800.  The previous support zone (which now acts as resistance) from before the employment data begins at .6825. 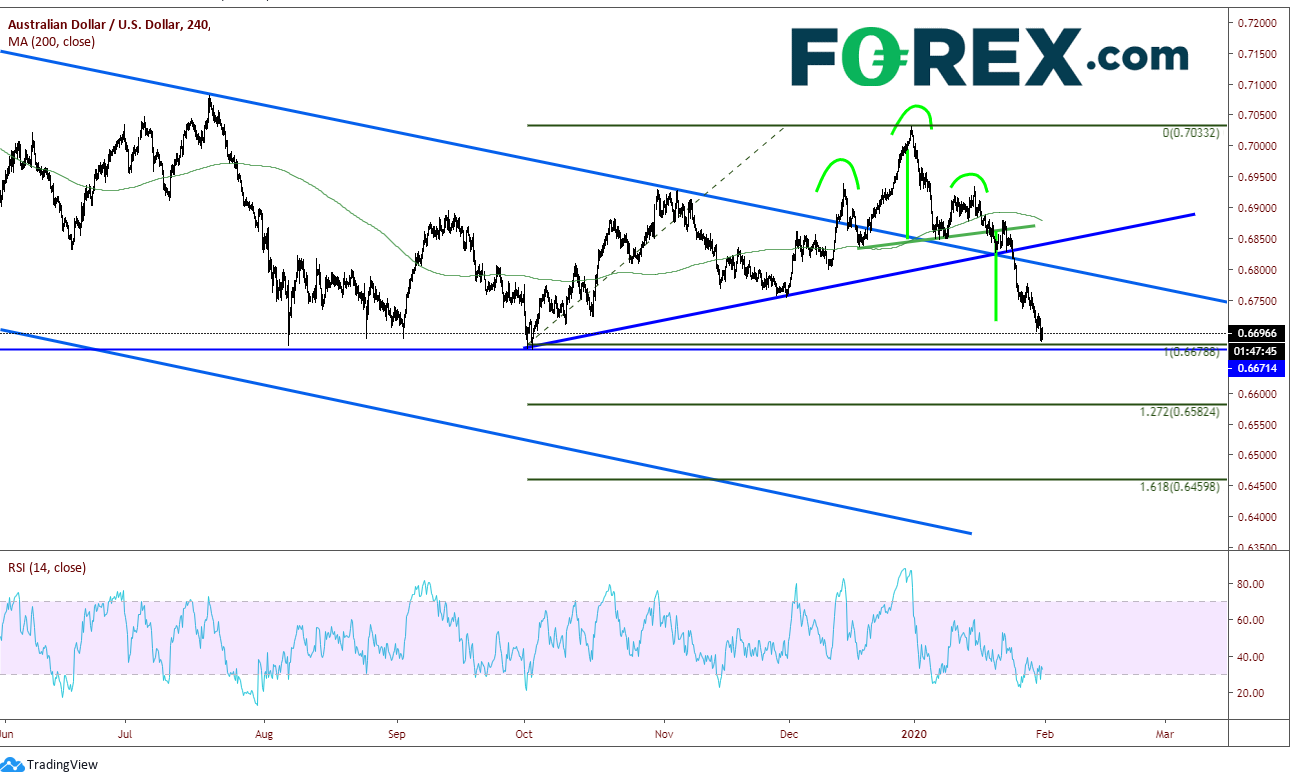 The fear of the virus spreading is real.  The low PPI data earlier is real. The actuality of it spreading, or slowing down of the Chinese economy, may or may not be as real.  We have data to determine whether fundamentals and technicals are getting better or worse.  We don’t have as much data for the coronavirus.  Continue to watch the rate at which the virus is spreading, the number of multi nationals temporarily shutting down operations in China, and these key markets.  This will help to put the severity of the issue into better context.