Could a hawkish Fed stem US dollar weakness?

As US Treasury yields remained elevated on Tuesday, continuing to pressure equities while largely failing to sustain Monday’s short-lived boost for the US dollar, markets were preparing for the highly anticipated Federal Reserve rate decision scheduled to be released on Wednesday.

As US Treasury yields remained elevated on Tuesday, continuing to pressure equities while largely failing to sustain Monday’s short-lived boost for the US dollar, markets were preparing for the highly anticipated Federal Reserve rate decision scheduled to be released on Wednesday. Though no interest rate hike is expected then, market expectations ahead of the Fed meeting, the last one to be chaired by Janet Yellen before Jerome Powell takes the helm, have been leaning towards the hawkish side.  Signs of a strengthening US economy and rising inflation expectations have contributed to this hawkish anticipation. On Monday, the 10-year US Treasury yield hit a new multi-year high, and Tuesday saw the yield remain supported not far off those highs.

As noted, the US dollar continued to be pressured on Tuesday despite the prospects of rising inflation, surging Treasury yields, and a potentially more hawkish Fed. The US dollar index remained weighed down not far above last week’s three-year low of 88.44. As for USD/JPY, the currency pair continued to trade just above major support around the 108.00 level after having fallen sharply for at least the past three weeks. With bearish sentiment on the dollar continuing to run high, it remains questionable whether even a hawkish Fed on Wednesday can stem the dollar’s sustained weakness.

Potentially even worse for the dollar, if the Fed fails to live up to hawkish expectations, the dollar is likely to be pressured even further. In addition, any continued selloff in equity markets, like what was seen on Monday and into Tuesday, would likely boost the safe-haven Japanese yen. In turn, the combination of an even weaker dollar and stronger yen could result in a sharp breakdown for USD/JPY below the noted 108.00-area support. Any such breakdown would constitute a major technical event for USD/JPY, potentially targeting further downside around the 105.50 support area. 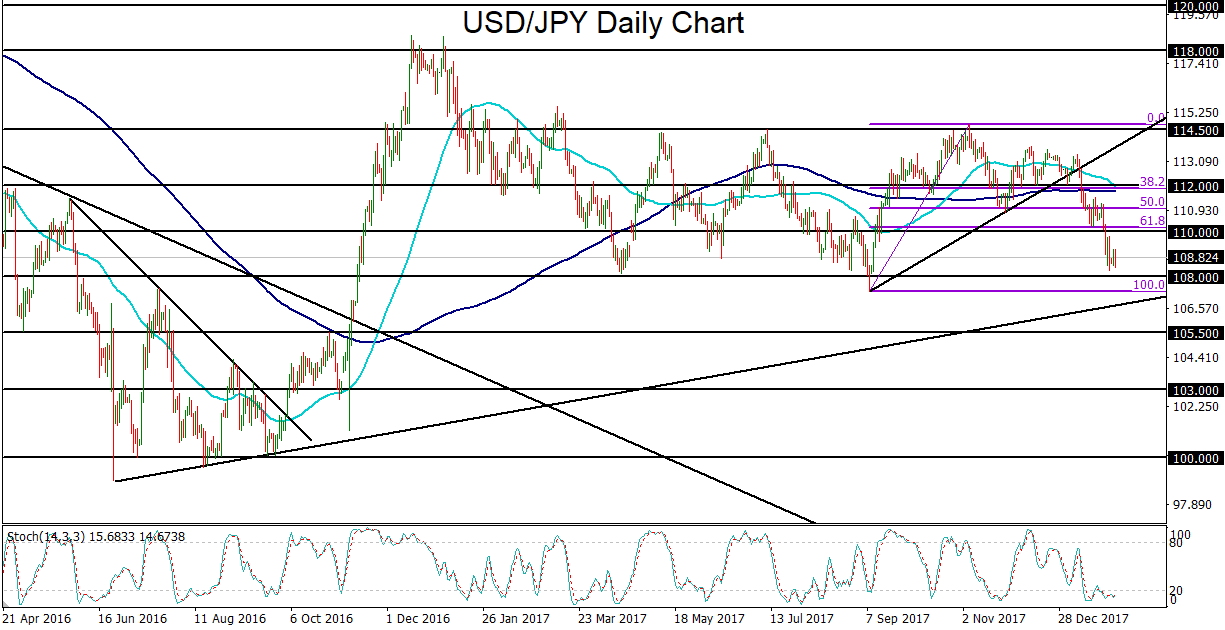