Could silver finally break out

With the dollar falling recently and yields ticking lower, the grey metal has been making steady but slow progress, unlike gold and Bitcoin. But is it about to do what gold and Bitcoin have recently, and stage a sharp rally? 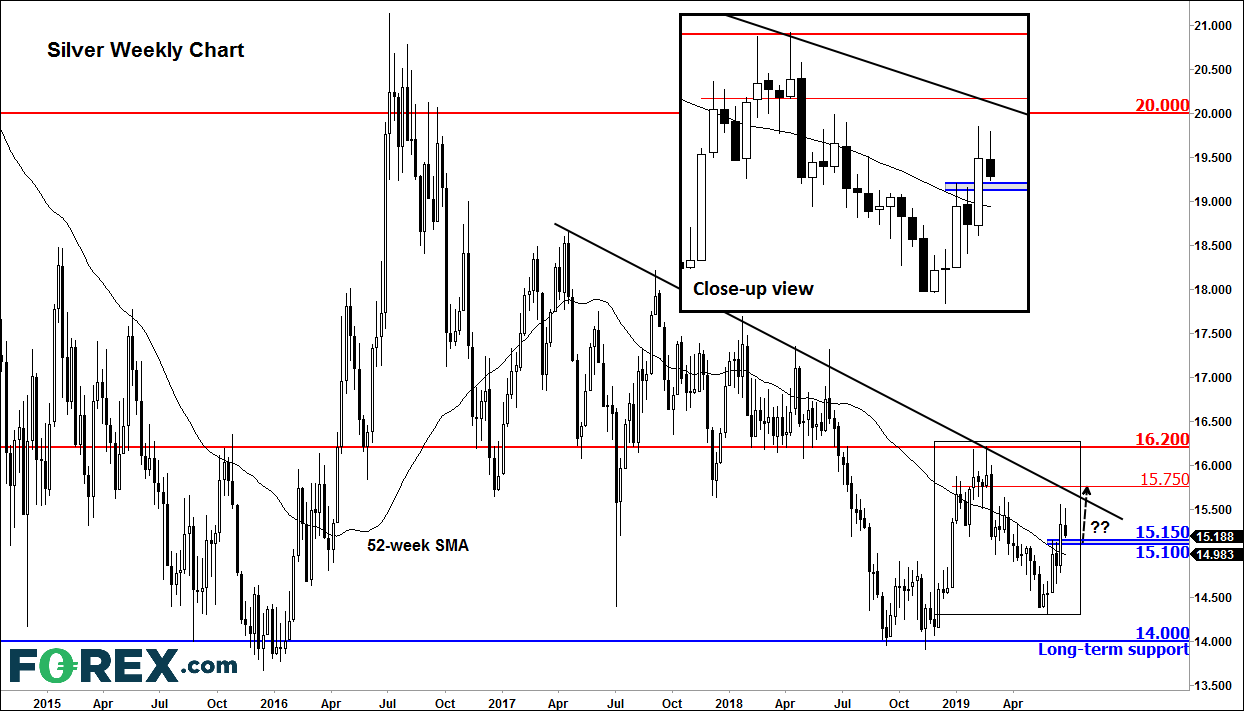