Could the DAX be ready for a pullback?

Stock indices (minus the NASDAQ 100) have been on fire lately, some putting in all-time new highs, such as the DJIT and the DAX. Like the Dow Jones Industrial Index, the DAX is the benchmark for the German equity market.  It tracks 30 blue chip stocks that trade on the Frankfurt Stock Exchange.

Looking at the DAX more closely, one may wonder if it is time for the German index to pull back a bit.

On a daily chart, there are several confluences just above current levels which may provide resistance: 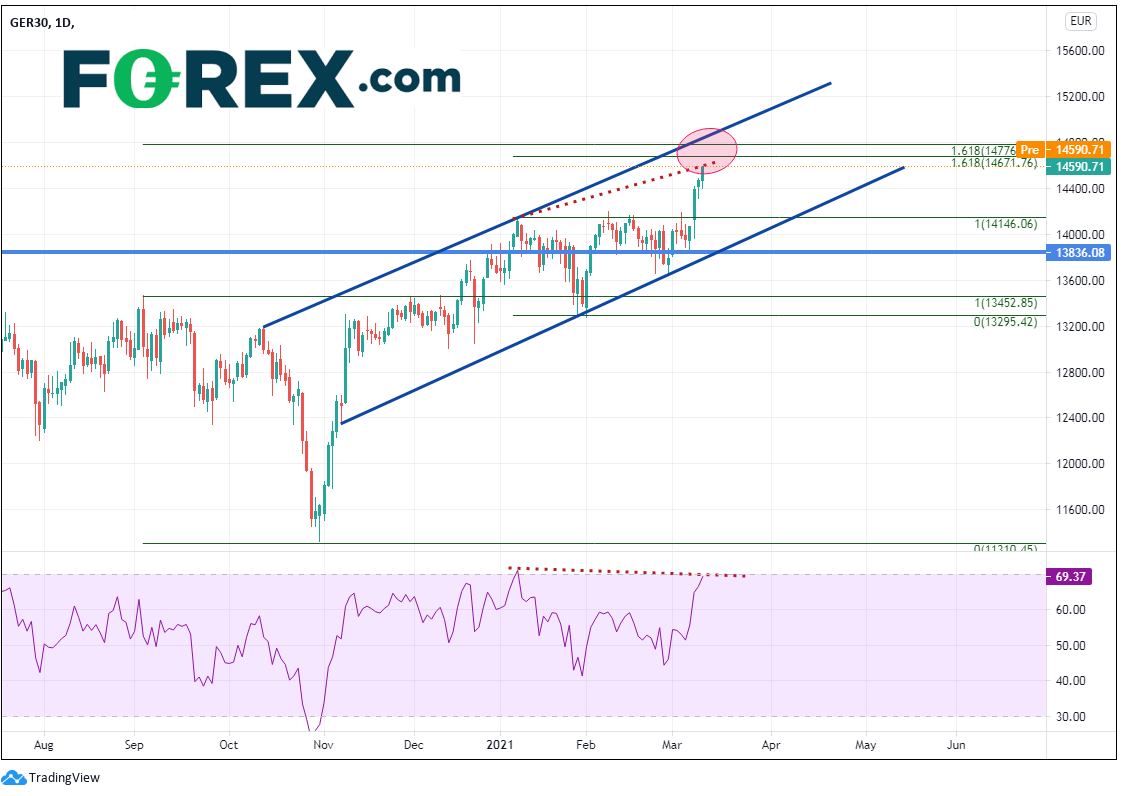 In addition, on a 240-minute timeframe: 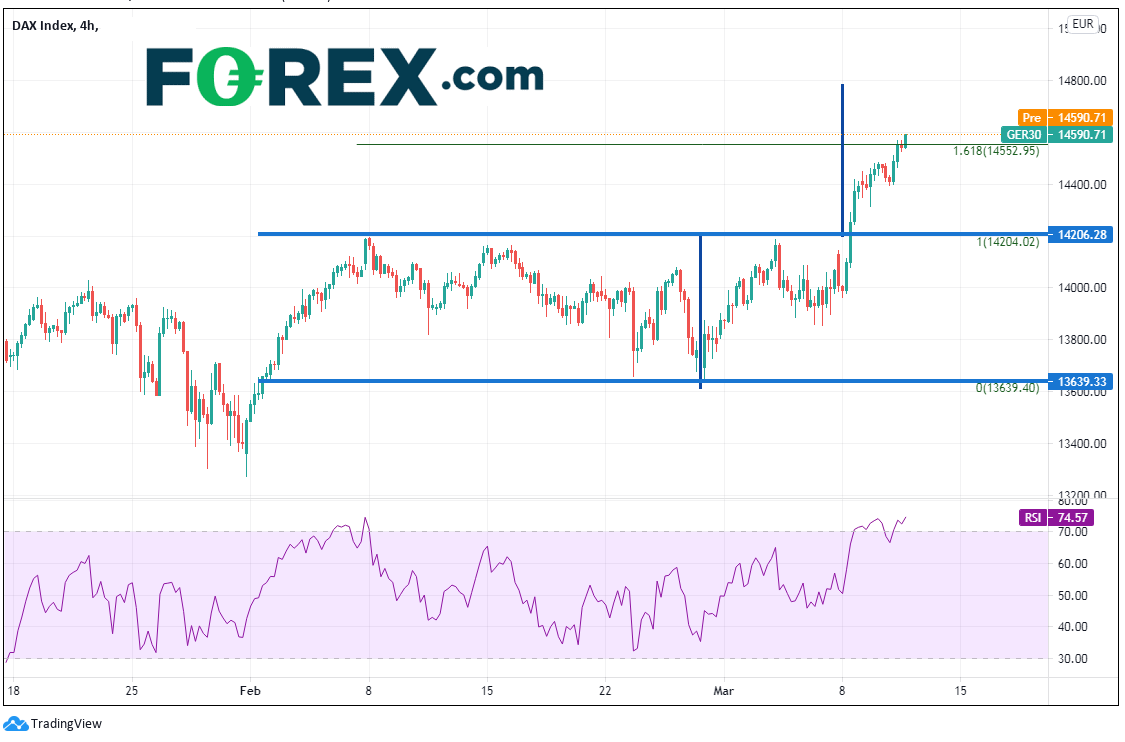 Also, there is an ECB meeting in a few hours. (See our ECB Preview) .  Give the 3% gain in the DAX since the breakout of the channel,  there may be some traders looking to take risk off the table ahead of the meeting.

The DAX is at all-time new highs and up 3% since March 8th.  Can the index move higher?  Of course. However, nothing moves in a straight line, and with the near-term targets, resistance, and overbought conditions, as well as an ECB meeting shortly, price may pullback before it goes higher.