Oil prices are little-changed at the time of this writing after they snapped back into the positive territory and above $50 a barrel late in the day yesterday. Both oil contracts were lower in the first half of yesterday’s session. This was possibly due to a rebounding US dollar and profit-taking ahead of US oil inventories data, especially since prices had risen rather sharply in the prior couple of days. Crude oil, which has been unable to decouple itself from risk assets, was also tracking the movements in equities and GBP ahead of the all-important Brexit vote on Thursday. The GBP/USD and stocks gave up their earlier advance yesterday after new polls showed support for Brexit had increased a tad. So oil was coming under pressure from this source, too.

However late in the day, oil prices rallied. The rebound was due in part to news rebels in Nigeria denied that a ceasefire had been agreed upon, contradicting earlier reports. This basically dashed hopes that the supply outages, which have caused Nigeria’s oil production to fall to its lowest level in some 20 years, would be coming to an end. In addition, the American Petroleum Institute (API) reported a surprisingly large decrease in US crude oil stocks, to the tune of 5.2 million barrels. According to the API, inventories at Cushing decreased by a good 1.3 million barrels while stocks of oil products – gasoline and distillates – both fell, too.

The focus, apart from the on-going Brexit saga, is clearly going to be on this afternoon’s official weekly US oil data from the Department of Energy’s Energy Information Administration (EIA), due for publication at 15:30 BST (10:30 ET). If the EIA data confirms or betters the API estimates from last night, then oil prices should be able to extend their gains. Conversely, if the drawdown is smaller, or worse if it is a build, then oil prices could fall back sharply.

Indeed, it must be pointed out that in recent weeks, the API estimates have been all over the place and deviated greatly from the official figures. Therefore, ahead of the publication of EIA’s oil report, traders are evidently booking some profit on their long positions opened yesterday, causing oil prices to retreat a tad. This makes technical sense, too, with WTI rising back inside the key $50.00-$50.90 long-term resistance range, where it was also holding below the 78.6% Fibonacci retracement against the most recent high. But WTI’s bullish trend line has been re-established following the three-day rally after it found good support from the 50-day moving average around $46 at the end of last week. The potential levels of support and resistance are shown on the chart in blue and red, respectively. Meanwhile Brent has been able to remain inside its own bullish channel following the recent wobble. Until and unless Brent breaks out of this channel, the path of least resistance continues to remains to the upside. 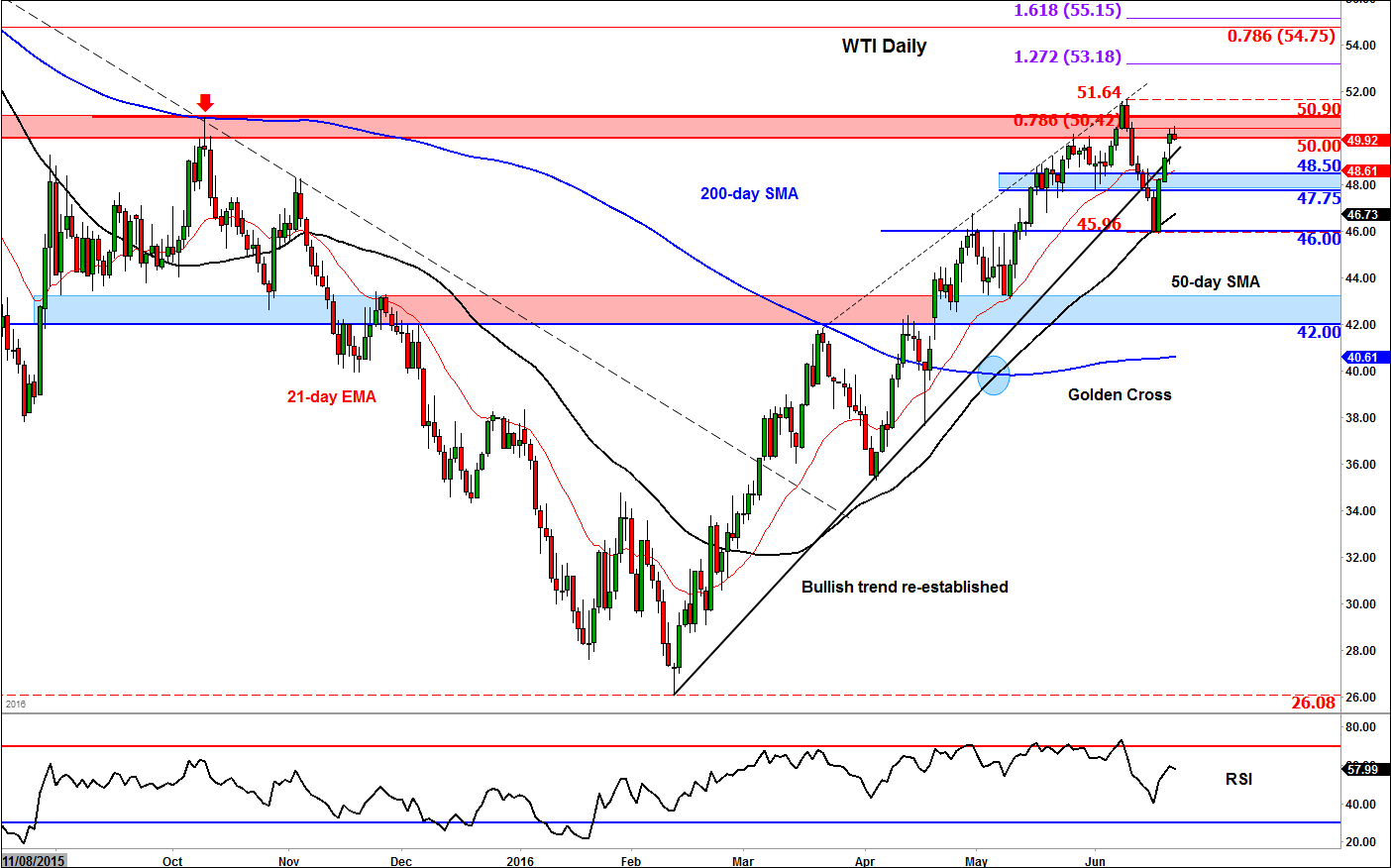 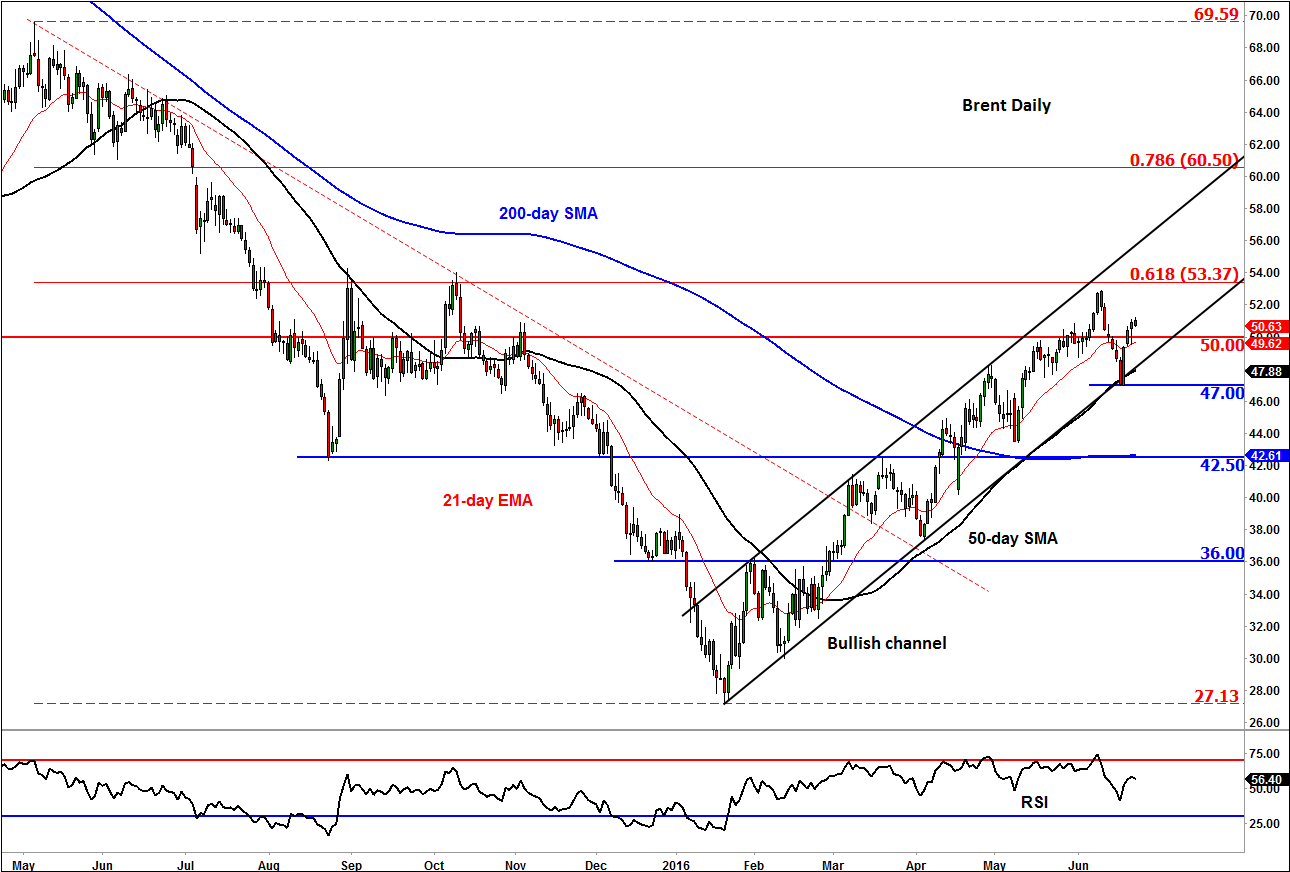