The price of oil has bounced back a touch after Tuesday’s sell-off when Brent and WTI shed around 2% each. 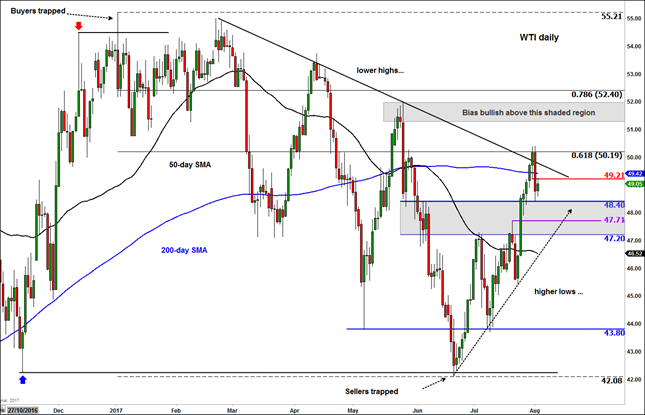