Although higher today, oil prices are still stuck between a rock and a hard place. On the one hand, the consistent falls in US rig counts and the prospects of a production freeze between Russia and the OPEC point to a tighter oil market, while on the other hand, US oil inventories continue to climb to fresh record levels, which is obviously not a good sign. Consequently, some traders are happy to be buying the dips while others are trying to sell the rips as they take advantage of range-bound market conditions. Overall however, some of the bearish characteristics of the oil market have been eroded and price action has been looking bullish in recent times. This suggests that there is a higher chance we may see significantly higher than significantly lower crude prices soon.

According to a Reuters’ survey, OPEC oil production eased from January’s record high level to a still-high 32.37 million barrels per day in February. If the OPEC and Russia agree to "freeze" their oil production at January levels now, then bizarrely the cartel’s output may rise back above the February level. In fact, it may even surpass it because Iran is likely to ramp up its production further now that the nuclear-related economic sanctions are lifted. This will ensure that the glut will remain in place for a lot longer. But in the US, oil supply is likely to drop more noticeably soon given, for example, the consistent sharp declines in the rig count. Here, oil inventories are still at record levels however. Stockpiles data from the American Petroleum Institute, an industry group, will be released tonight, followed by official inventories report from the US Department of Energy, tomorrow. We will need to start seeing some sharp drawdowns if oil prices are to make a serious comeback.

But from a technical point of view, things are starting to look bright for oil. Brent oil has broken above a key resistance at $36.00, a level which has turned into support upon re-test today. This is bullish price action. In fact, Brent has been looking rather bullish ever since it rose back above the $30 handle in January. But while the short-term outlook continues to look bullish, the longer-term picture is still bearish. After all, Brent remains inside the well-established bearish channel. What’s more, the 200-day moving average is still pointing lower and price is holding below it. So it is possible Brent may rise a little further, say towards $39.00/10 – the projected point D of the AB=CD pattern and  the resistance trend of the bearish channel – before falling back lower. However, a decisive break outside of the channel would point to a more significant rally. And needless to say, a breakdown of support at $36.00 would invalidate the short-term bullish outlook.

The WTI oil contract was testing a key resistance around $34.50 at the time of this writing. Given that Brent has already broken its corresponding level (at $36), WTI may follow suit soon, leading to a potential rally towards and possibly beyond the bearish trend line around $36.50. Should WTI also break above this level then the bulls may aim for the $40 handle as their next target, for not only is this the next psychological level but it also ties in with the 38.2% Fibonacci retracement against the drop from May 2015. But like Brent, WTI’s long-term technical outlook still remains bearish. For that reason, the bulls should remain nimble while the bears should wait for their opportunities (as the short term outlook has turned bullish). 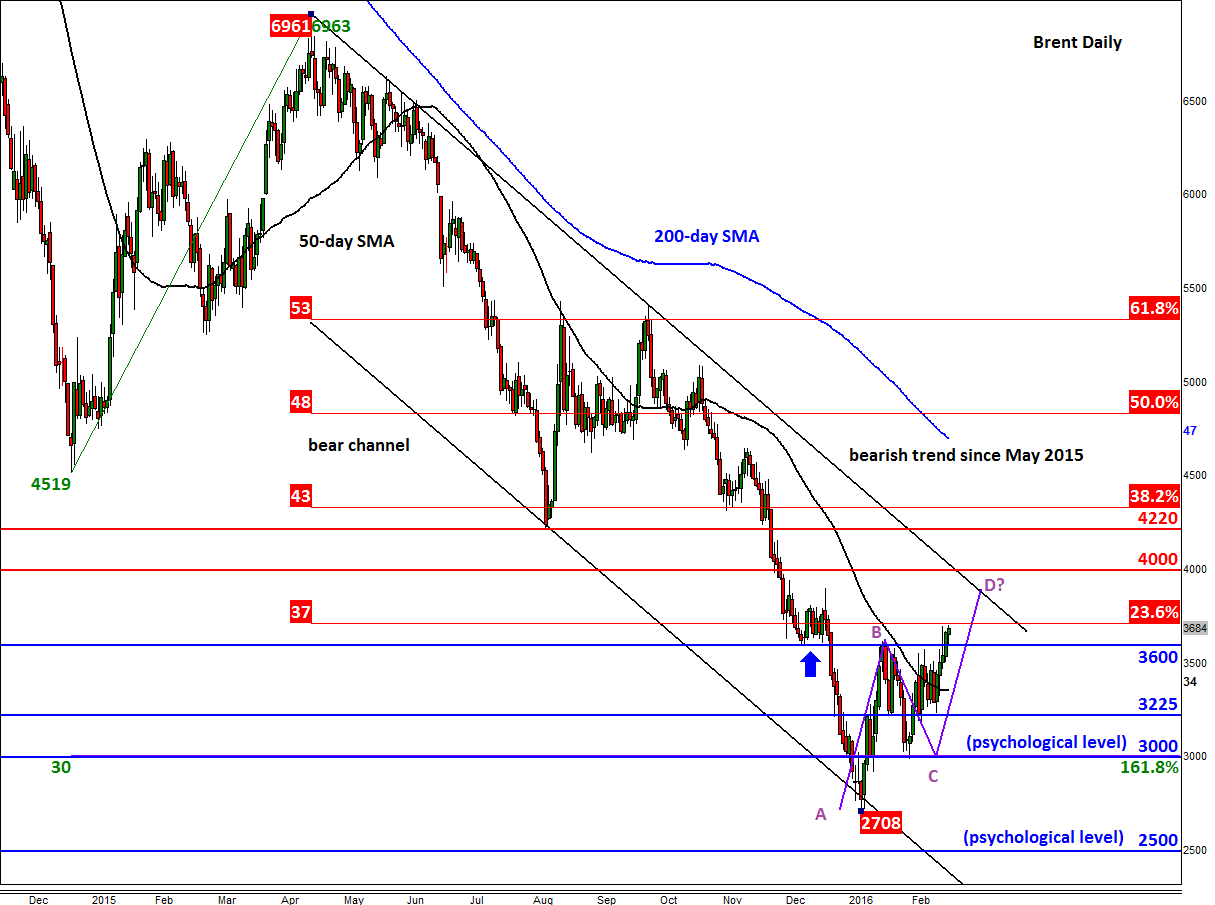 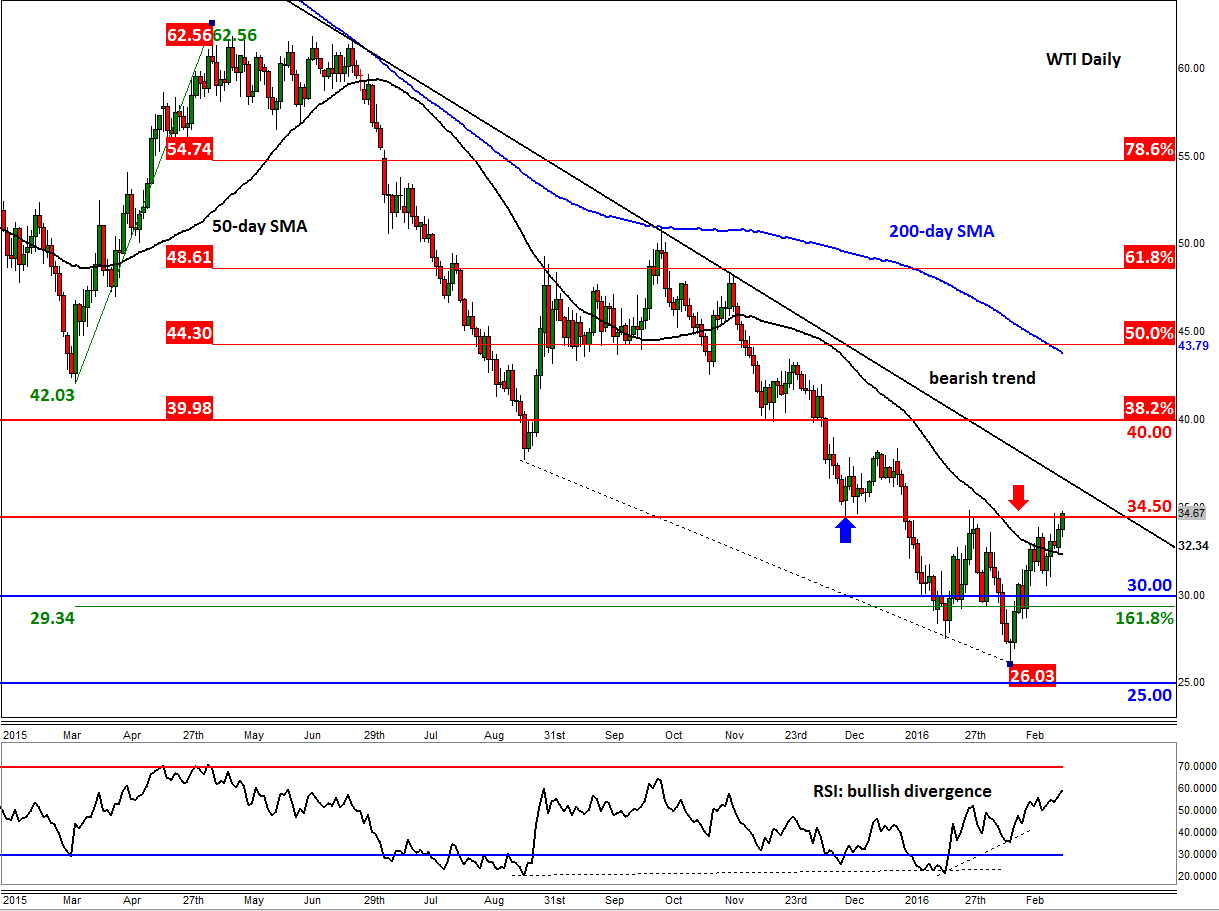