Oil prices have been falling sharply for the past five weeks or so and the poor run of form has continued for another day today. 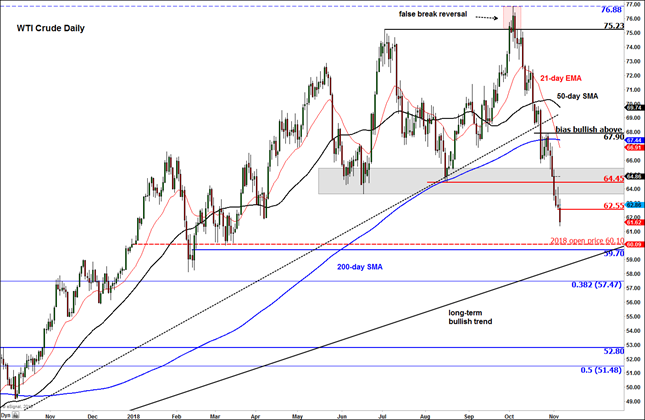