Oil prices have been coiling for several weeks now with both contracts spending most of their time in a tight four dollar range. Brent has been bouncing around between $54 and $58 while WTI has been stuck between $51 and $55. Crucially, both Brent and WTI have managed to hold their own above their respective 2016 high points, a year when prices surged some 45 per cent 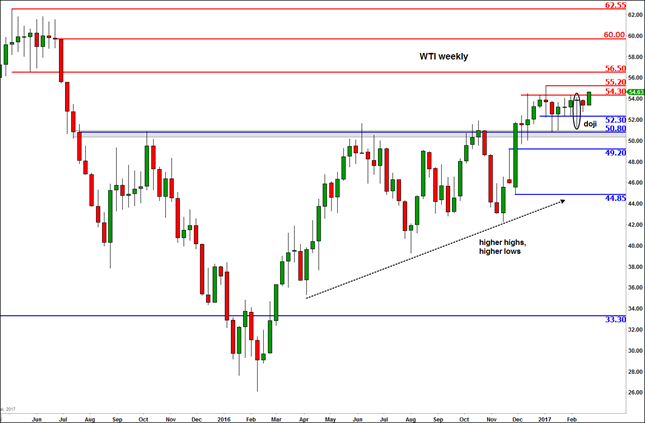 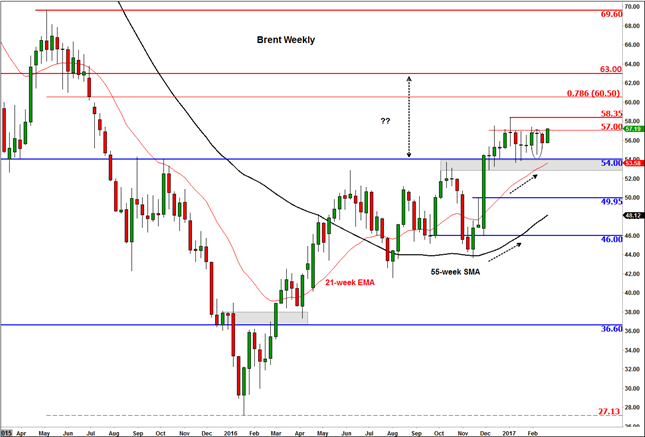