Despite last week’s bullish close, WTI is set to end lower on the month. And with prices already turning lower on the week, we are not convinced that oil has bottomed out yet. 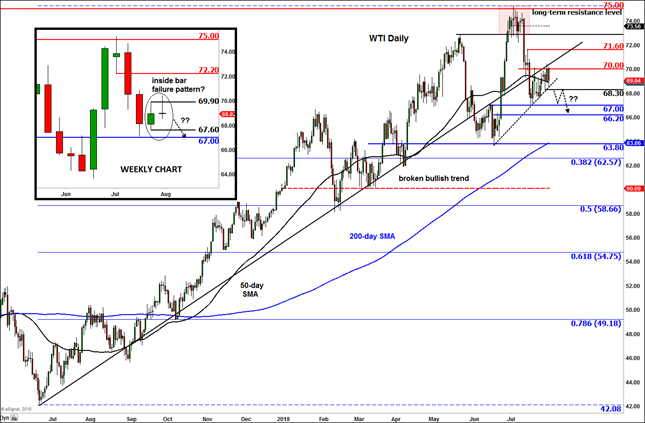