Crude oil has started the new week on the back foot, giving back a big chunk of the sharp gains made in the previous couple of weeks. At its high point, Brent reached $36.20 overnight, while WTI did not even get close enough to the high of $34.80 it hit Thursday before both contracts fell. At their peaks, WTI was thus some $7 or 26% above the multi-year low it made a couple of weeks ago, while Brent tacked on $9 or 33% from its corresponding base. The magnitude of this recovery in what essentially is an overall downward trend means oil prices went up too far, too fast. Added to this, the rally was merely based on ‘hopes’ that Saudi and Russia will agree to cut their oil output by about 5% each, which, if seen, would point to a much more balanced crude market. Those hopes could easily get dashed and traders are aware of that. In other words, profit-taking is one of the main reasons for the oil price drop today, especially given the fact that both contracts tested and failed at key resistances: Brent at around $36.00 and WTI at $31.45. At the time of this writing, Brent was down 4.9% while WTI was 6.1% lower.

Meanwhile the latest macro data – manufacturing PMI – continues to point to weaker demand growth in China, even though the world’s second largest oil consumer is currently taking advantage of these depressed oil prices to buy record amounts of the stuff to fill up its strategic petroleum reserves.  In December, imports of oil rose some 9.3% from a year earlier to 33.2 million metric tons. Clearly this level of demand cannot be sustained if the oil price recovers meaningfully or if the economy’s health deteriorates further. In the US, which is the world’s largest oil consuming nation, the pace of crude inventory build-up has gathered pace once more even though companies there can now export their excess oil. According to the Energy Information Administration (EIA), crude stocks rose by 8.4 million barrels in the week ending January 22. There was some good news in that stocks at Cushing fell for the first time in 11 weeks, if only by 0.77 million barrels, while distillates dropped by a good 4.1 million barrels. Nevertheless 8.4 million is a huge build and if the trend continues for another week, then this could weigh on oil prices further. The American Petroleum Institute will publish its latest oil report on Tuesday evening while the official data from the EIA will be released on Wednesday.

Now that oil prices are falling, traders are wondering whether the sellers are returning en masse and if this marks the resumption point of the long-term downward trend. So far, there is not much technical evidence to suggest oil prices have found a long-term base. Therefore, this could well be the resumption point of the downward trend. Indeed, both contracts remain entrenched in downtrends, with Brent being inside a clear bearish channel. But traders should not get too far ahead of themselves and must keep a close eye on short-term support levels, as given the magnitude of the recent bounce prices may have already bottomed – this can only be confirmed in hindsight. On Brent, the next potential level of support is at $32.75; below here, there is not much further support until the psychological level of $30 a barrel. WTI, which has been underperforming, is again below the $32.40-$32.70 pivotal area at the time of this writing. A close below this level would open the way for the $30 handle, or even last month’s low at $27.55. The path of least resistance remains to the downside for both contracts until proven otherwise i.e. by WTI rallying above $34.50 or Brent $36.00 resistance levels. 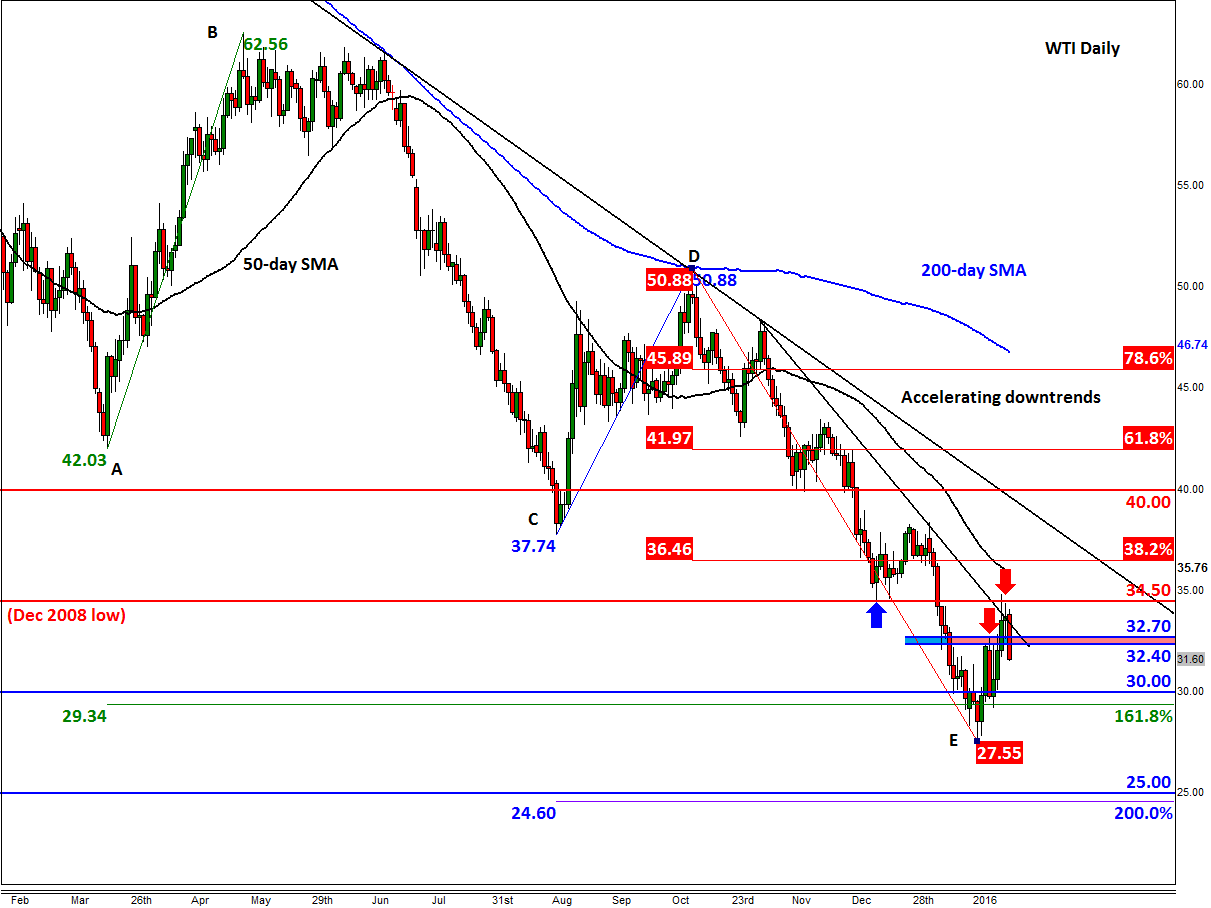 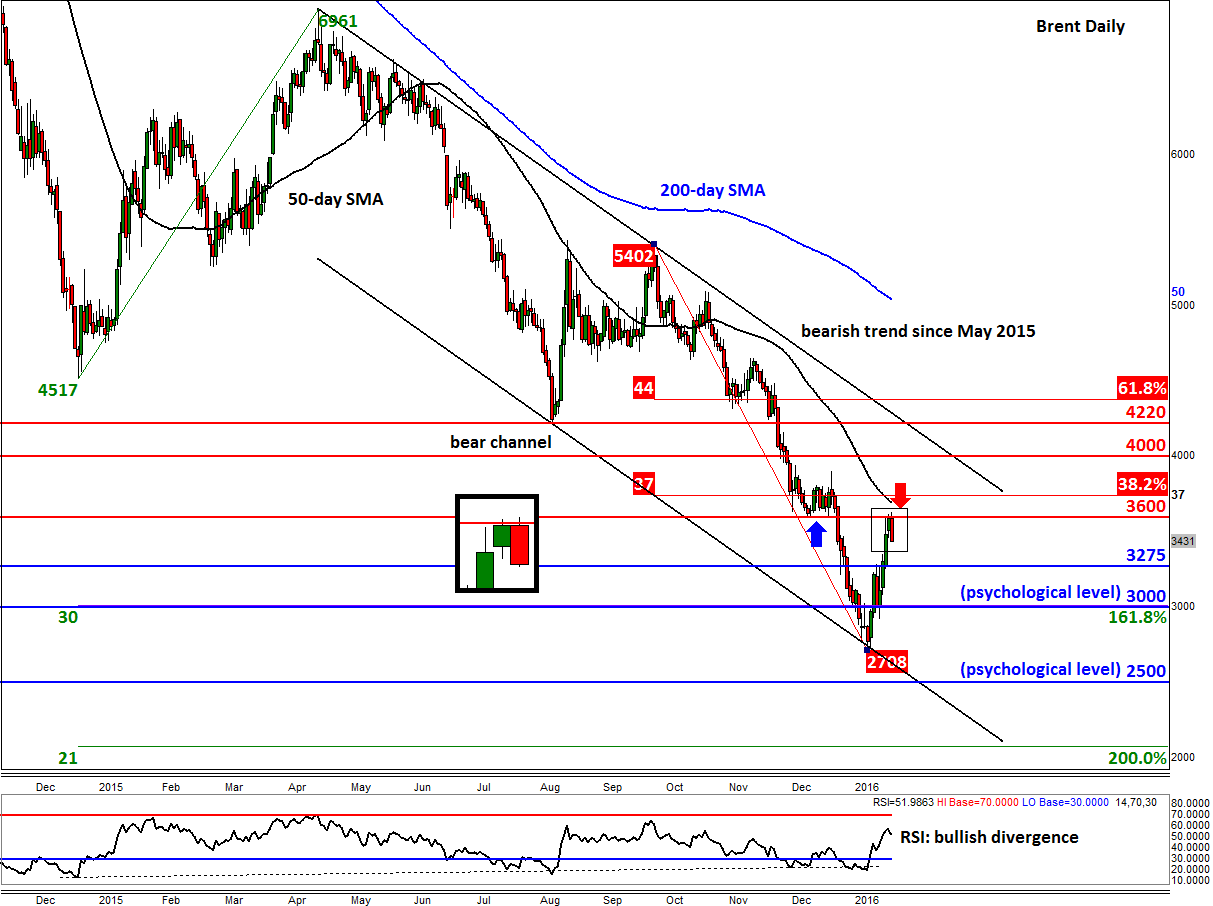