Crude oil prices have rallied sharply today. At the time of this writing, Brent oil was trading around $56.80 and WTI around $50.90 per barrel. 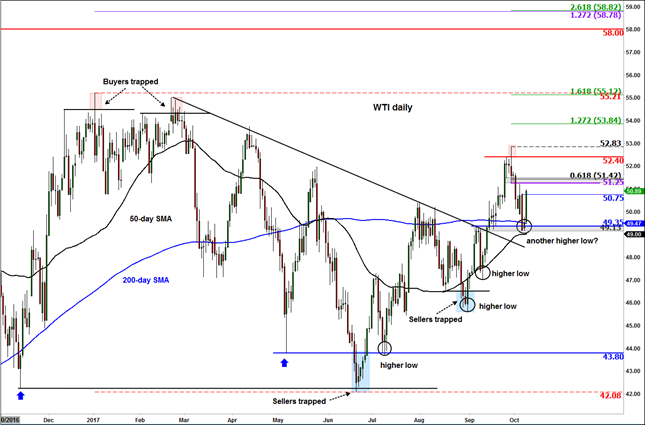