Given the events in Europe and the US this week, EUR/USD could see some volatility.

With the onslaught of economic data, combined with continued negotiations in Brexit talks, EUR/USD has potential for some volatility this week.  There also continues to be fears of increased coronavirus cases, along with additional fiscal and monetary stimulus from both sides of the Atlantic.

June 30th brings month-end, quarter-end, and the half year mark.  And along with that brings the usual month end data, the biggest of which will be US Non-Farm Payrolls which have been moved to Thursday this week because of the US Independence Day holiday on Friday. Expectations for June are for +3,074,000 new jobs added to the economy vs +2,509,500 in May.  These may seem like extremely large numbers, however, recall that the US lost over -20,000,000 in April!  The data could have volatile implications for the US Dollar

The UK and the EU are set to meet again to discuss Brexit.  Boris Johnson has said that he wants a deal in place by the end of July, although some are saying it will not happen until mid-October.  Johnson has threatened to walk away from the table soon if there is no progress, which would affect both the Euro and the Pound.

Fears are rising along with the increased number of coronavirus cases in the US and Europe.  Arizona, Florida, and Texas are the main US states with large spikes in the number of cases.  In Europe, Germany has seen a few hotspots, however not nearly as many as in the US.  Fed Governor Powell and Treasury Secretary Mnuchin testify before the House Financial Services Committee on Tuesday to address the stimulus for the US economic because of the coronavirus. The Trump administration is also considering a new $1 trillion stimulus package.  In addition, Germany has voted in its lower house to cut the value-added tax (VAT) from 19% to 16%.  The upper house will vote on the VAT later Monday, in addition to additional payment stimulus of 300 Euros per child. 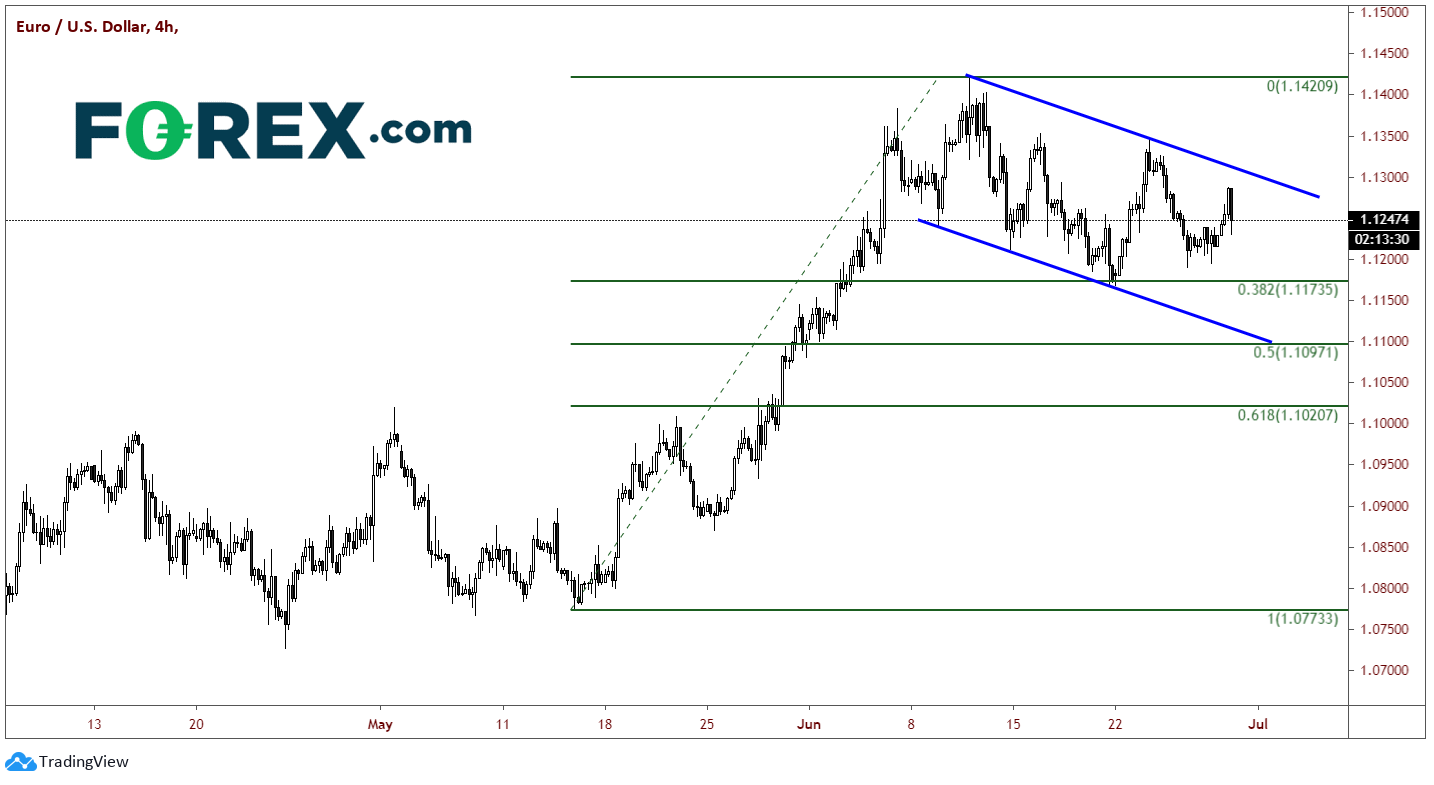 Given the economic data and the macro events in Europe and the US this week, in addition to the technical setup, EUR/USD could see some volatility this week. Watch for headline spikes and make sure to have proper risk/reward in place.