Given the continued tensions between the US and China, it appears that the Yuan may continue to weaken.

As we discussed in this week’s “Week Ahead”, tensions are heating up between China and the US.  Last week, the US Senate passed a bill to increase oversight of Chinese companies operating within the US, including the highly publicized, ongoing conflict with Huawei Technologies LTD.  This may force some Chinese companies, such as BABA and BIDU, to withdraw from the NASDAQ.  In what began seemingly as a way to penalize China for keeping quiet regarding the origins of the coronavirus, has now turned into a conflict over security and human rights.

China also announced plans for a new national security law in Hong Kong.  The new law would prohibit acts of treason, secession, and subversion against the Chinese government.  The US and pro-democracy in Hong Kong feel the aim is to suppress dissent.   Last year, there were many public protests in Hong Kong regarding China’s attempt to take control over Hong Kong, many of them ending violently.  With the US siding with Hong Kong, China is telling the US to “mind its own business” as this is a domestic problem and there is no need for the US to get involved.  However, tensions are rising quickly between the two countries and on Monday China went as far as saying the relationship is on the brink of a “Cold War”!

The worse the relationship gets between the US and China, the higher it seems that USD/CNH goes.  On a daily timeframe, the pair have formed an inverted Head and Shoulders pattern (with 2 left shoulders), which began in Autumn of 2019 after pulling back from new highs at 7.1777.  The target points to a new high near 7.2700 and just below the 127.2 % Fibonacci extension from the September 2nd, 2019 highs to the January 20th lows.  The RSI is diverging from price; however, it is still in neutral territory. 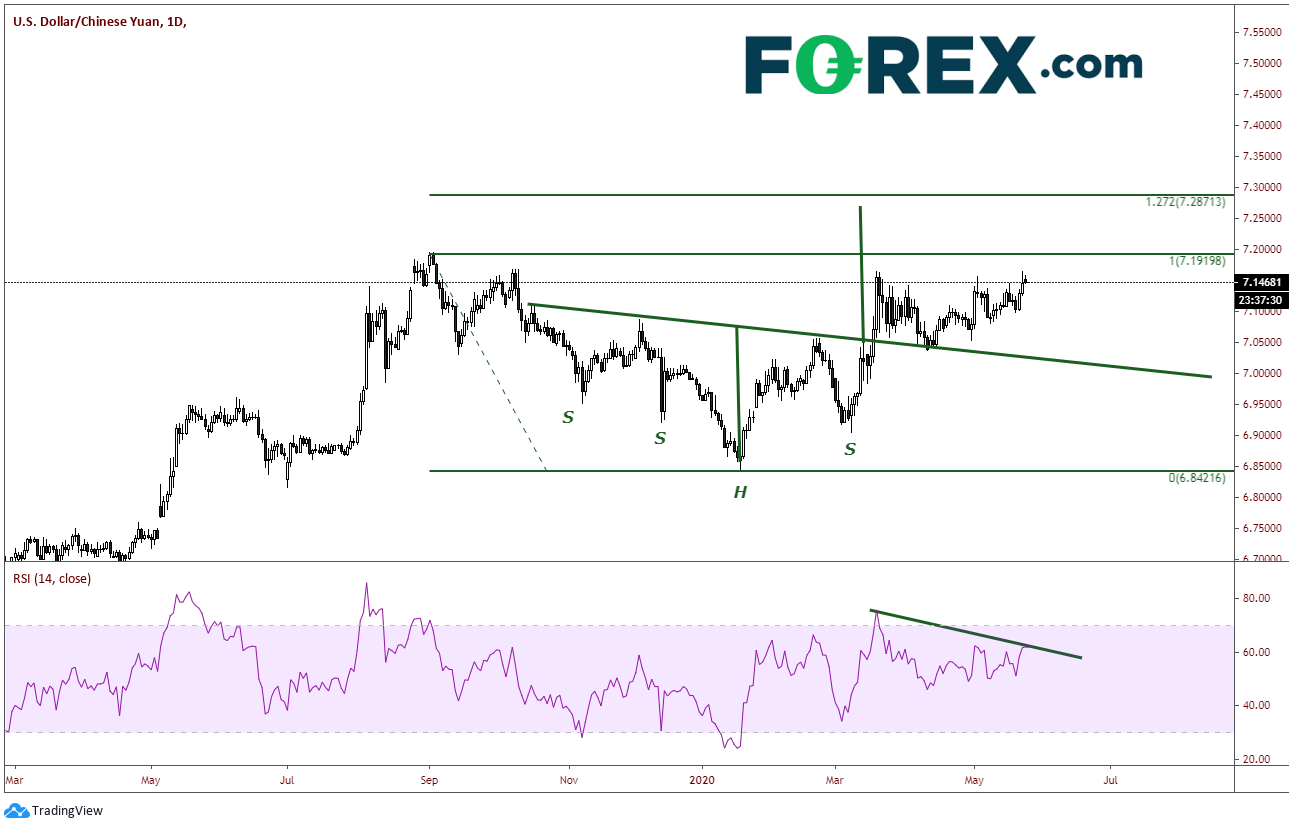 On a 240-minute timeframe, USD/CNH has formed a rising triangle formation and appears on the verge of breaking higher.  The target for a rising triangle is the height of the triangle added to the breakout point, which would put price near 7.3400.  Note that the RSI is diverging from price as well on the 240, however it is also still in neutral territory. 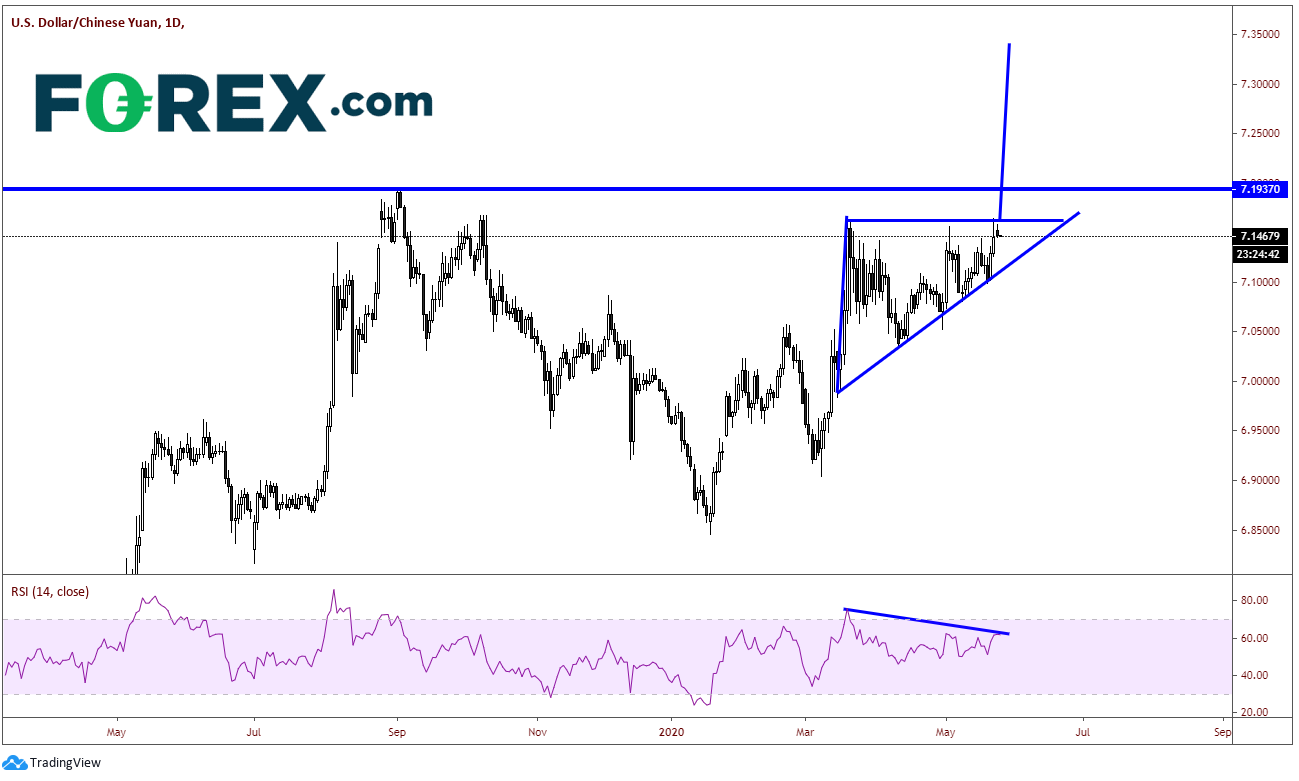 Given the continued tensions between the US and China, it appears that the Yuan may continue to weaken.  With the inverted Head and Shoulders pattern on the daily timeframe and the rising triangle on the 240-minute timeframe, it seems that USD/CNH may be ready to breakout.