The ECB is widely expected to hold interest rates and QE unchanged. It is therefore up to ECB President Mario Draghi whether we will see any sharp moves in the European stock markets and/or the single currency when he speaks at the press conference. 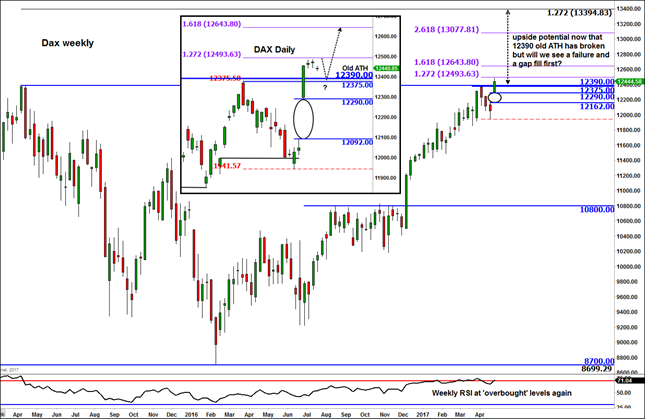