DJI: If it’s Not A Rebound, It Could Just Be Getting Its ‘Head’ Together 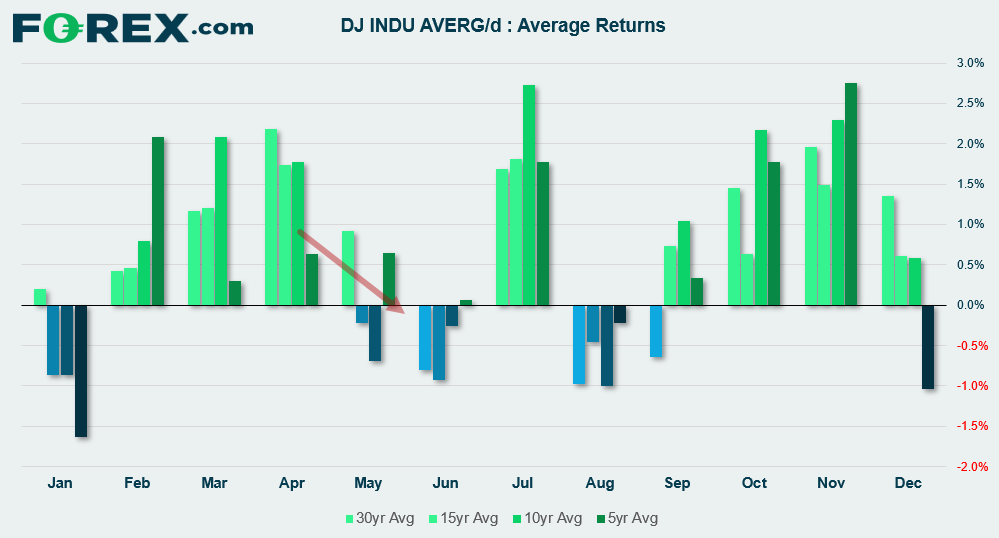 Currently -2.6% lower, ‘sell in May’ appears to be playing out. Admittedly its seasonal tendency this month of the year is not too convincing, but we can see that average positive returns diminish noticeably following a peak in April. Furthermore, June tends to be a weak month for DJI according to the 30, 15 and 10-year averages, which could leave time for the index to carve out another lower high.

April’s failure to break to new highs sends a warning to Dow theorists. Back in April, both the Nasdaq and S&P500 broke to record highs, yet the neither the DJIA or DJT (transportation) confirmed the breakout. This means a lower high has occurred whilst S&P and Nasdaq broke to new highs which, in turn leaves the potential for a head and shoulders reversal beneath record highs.

If successful, the head and shoulders top suggests an approximate target around 23,750 (just above the 61.8% retracement level). Of course, we still need the right shoulder to form and for bearish momentum to break its neckline. But with the warning signs there, it allows us to at least prepare for this potential reversal. 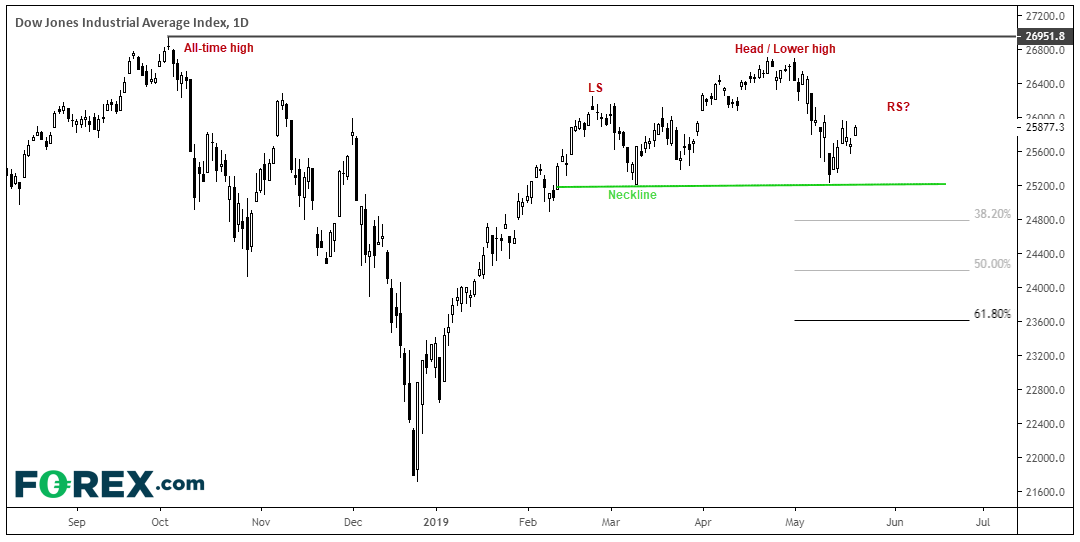