Russia's oil output was slightly up to 9.93M barrels per day for the first 28 days of September, compared with 9.87M barrels per day in August, according to Bloomberg. In addition, the resumption of Libya's oil production also increased the global oil supply. Traders are worried about the risk of the rising supply, but the oil demand is still struggling.

From a technical point of view, the crude oil futures posted another bearish candle and washed out the recent rebound in the last few days on a daily chart. It shows that the bearish side is still determining the trend.

Currently, the prices returned the level below the 20-day moving average. In addition, the prices may form a potential right shoulder. A break below the horizontal level at $35.40 would confirm the Head and Shoulder pattern.

Besides, the relative strength index is also capped by a declining trend line. 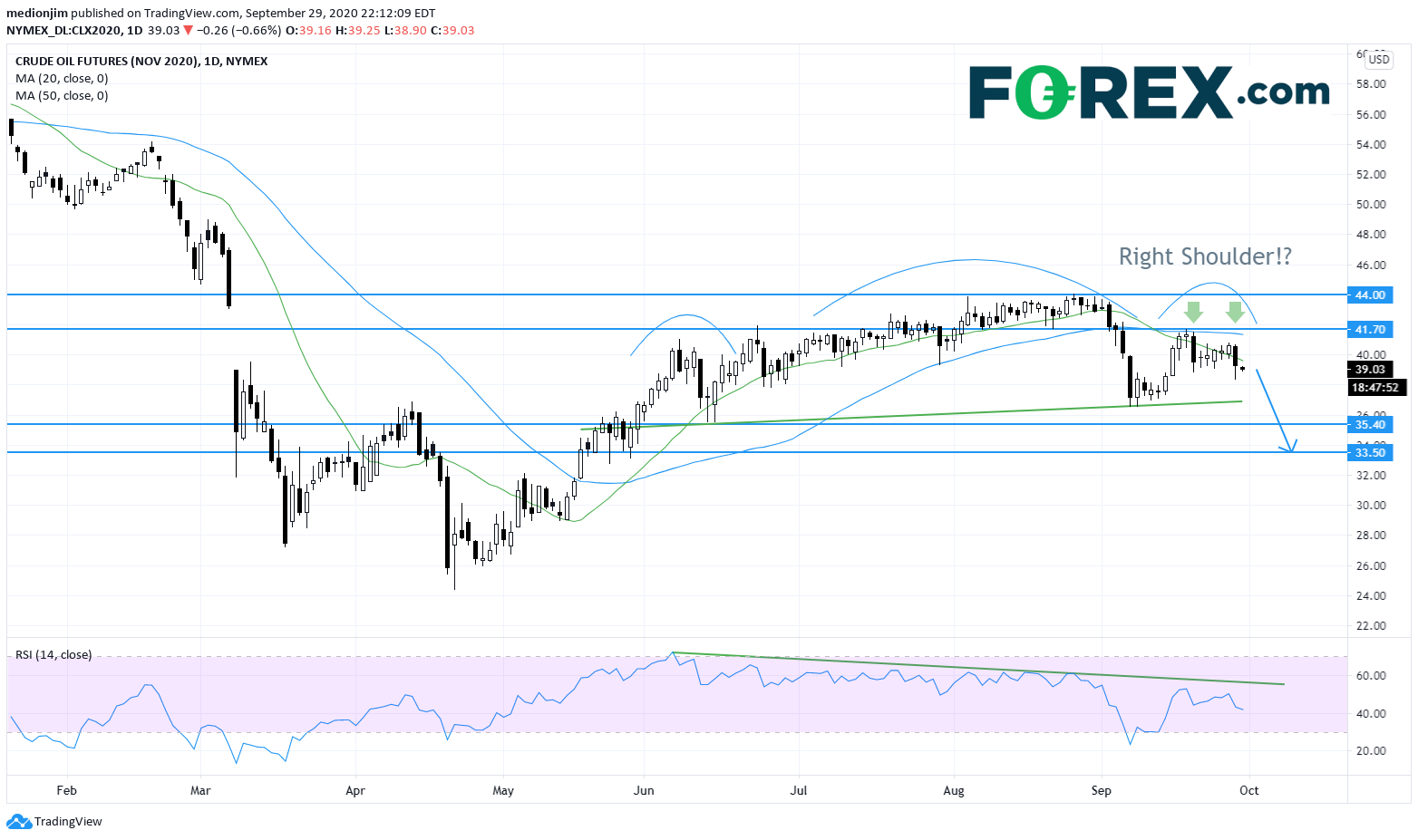