Dollar Index Holding Its Bullish Channel, But Causes for Concern Pile Up

When it comes to the greenback, traders don’t know what to think. The world’s reserve currency fell at the start of the week, ostensibly on less demand for its safe haven properties, but the buck is staging a bit of an intraday comeback as of writing.

Despite today’s recovery, dollar bulls have plenty of reasons for concern. After a series of dovish comments from Fed policymakers and a run of lukewarm economic data, the prospects of three or more interest rate hikes next week is increasingly dim, whereas foreign central banks are starting to move toward normalization after years of accomodative policy.

As the chart below shows, the dollar index has recovered 0.5% off its intraday lows and has reentered its 10-week bullish channel: 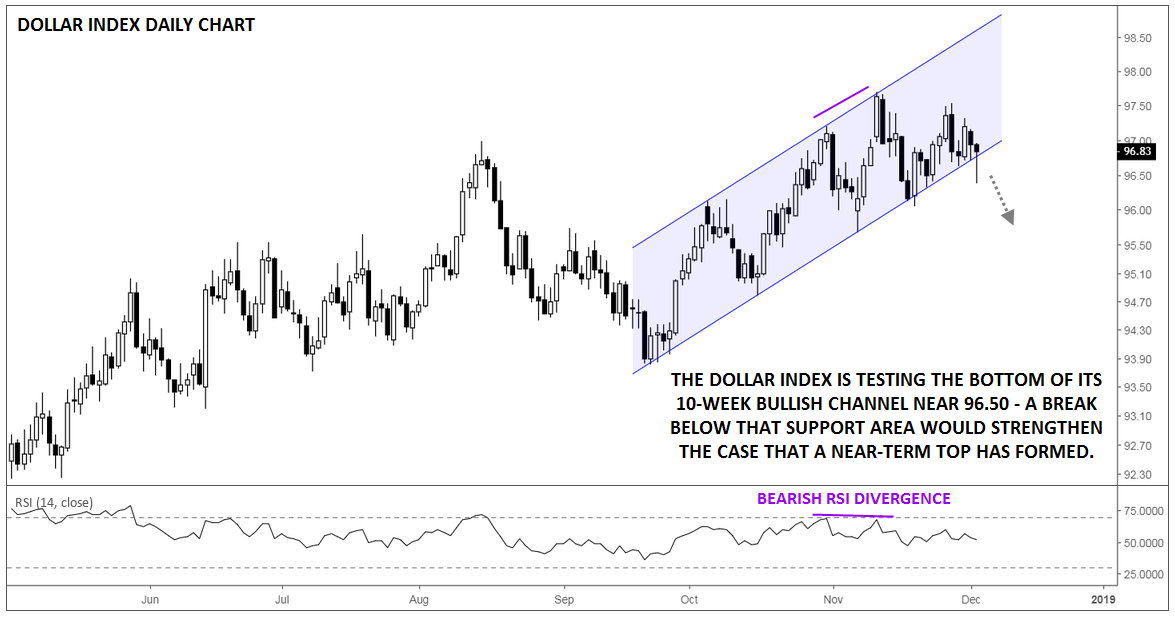 Even if the greenback closes today near current levels, there are several bearish signs that may cap rallies into the end of the year. The dollar index formed a bearish divergence with its RSI indicator at the mid-November high, signaling that there was declining buying pressure supporting that move and increasing the probability that it represents a meaningful top. In addition, the chart is showing the beginnings of a possible “head and shoulders” top, meaning that buyers will have to contend with several previous resistance levels before hitting new highs.

For the moment, the dollar index remains within its 5-week range between roughly 96.00 and 97.50, but as we note above, evidence is building that a bearish breakdown from that range is looking more likely than a bullish continuation.