The dollar has started the new week on the front-foot after dropping over 1.5% last week. The greenback has fallen for five consecutive weeks, so the rise at the start of this week may very well be an oversold bounce rather than a trend reversal. 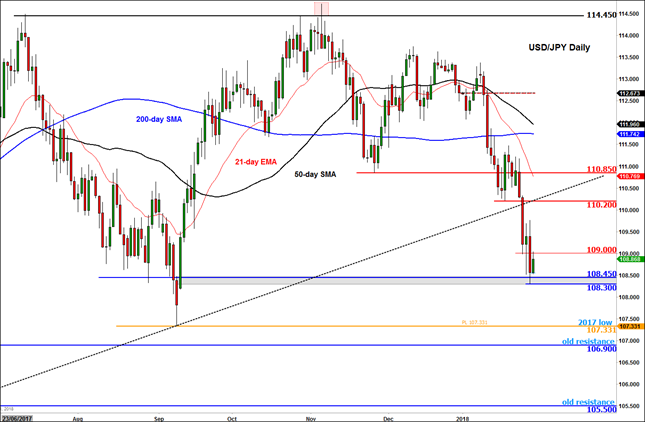