Last week was a bad one for the US dollar. Market participants questioned whether it was premature to assume a June rate rise was forthcoming and that the path of future interest rate rises would be the same as those as set out by the FOMC's projections. 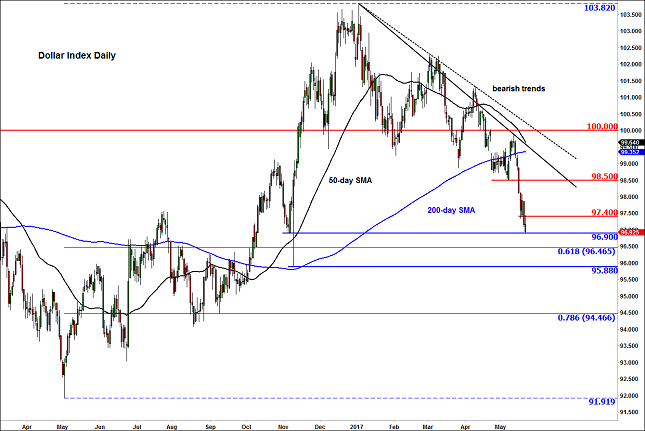