If DXY breaks lower below the symmetrical triangle, it could bring USD/JPY much lower with it!

When the Coronavirus first began to spread throughout the world, the US Dollar Index (DXY) began to trade violently.  First it traded down to 94.50 as the Fed began throwing money at everyone on the street to help with the economic effects from the pandemic.  In addition, people feared a slowdown in the US. The DXY then traded higher to 102.99 as the Index became a flight to safety.  It then pulled back to 50% of that move on March 27th, and has been trading in a well-defined, tight range between 98.27 and 100.93 for the last month. It is currently forming a symmetrical triangle.  Price had been holding above horizontal support at 99.62, and finally broke below today.  It has bounced back to resistance at 99.88.  Above there,  resistance is back at the day’s highs of 100.21 and then near the downward sloping trendline from the triangle near 100.45.  Initial support is at the day’s lows of 99.45 and then near the upward sloping trendline from the triangle near 99.35.

If traders believe that horizontal resistance at 99.88 will hold in the DXY, one way to take advantage of this is to short the USD/JPY. Notice on a 240-minute timeframe how many times the USD/JPY has acted as both support and resistance.  Today, the pair finally broke back below the 107.00 level to a low of 106.56 and bounced back up to 107.00 and held.  There is support at the 50% retracement level from the lows of March 20th to the highs of March 24th near 106.45.  However, if it does break lower from there, USD/JPY can fall all the was to 105.20, which is the 61.8% retracement level over that same time period. 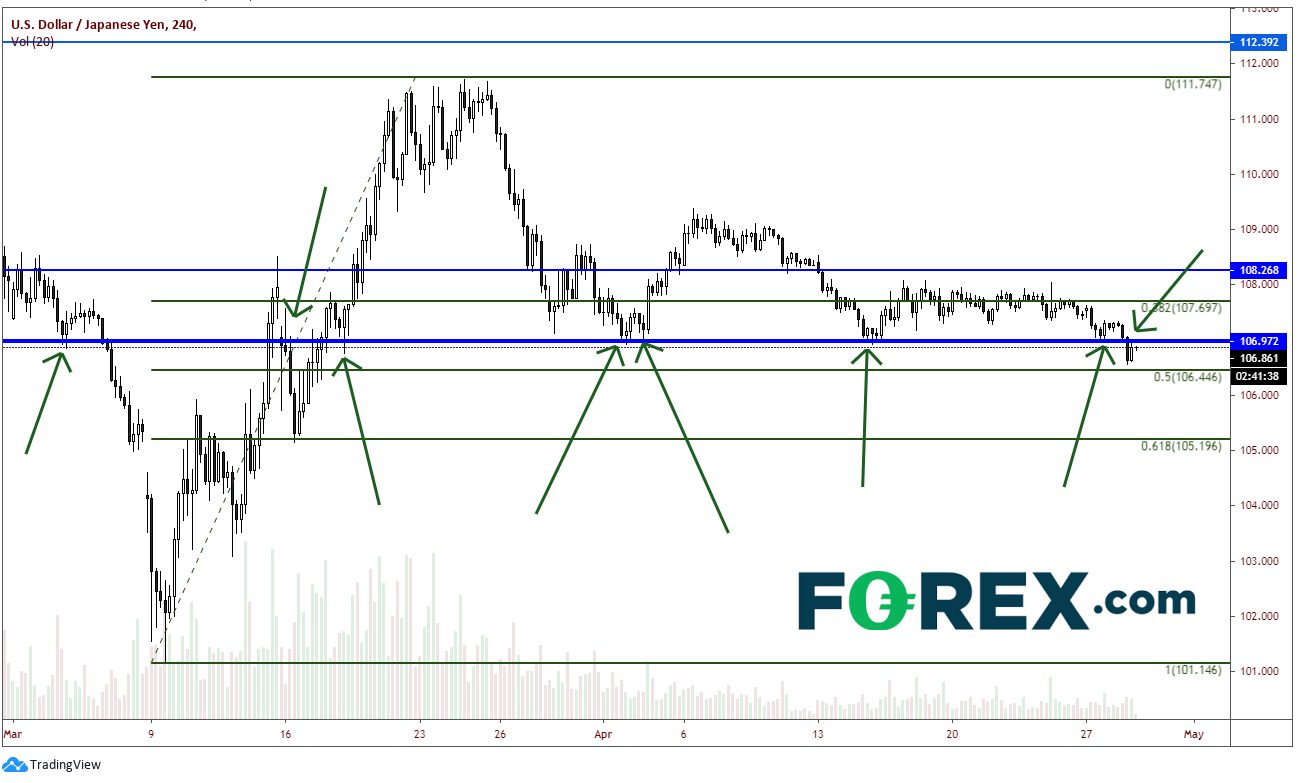 If traders are looking for the DXY to move lower, the USD/JPY may be a good way to take advantage of it.  And if DXY breaks lower below the symmetrical triangle, it could bring USD/JPY much lower with it!