Earnings Season Isn’t Over Yet! Three Key Chinese Reports to Watch Next Week

Next week brings a trifecta of earnings reports from top-tier Chinese firms.

Next week brings a trifecta of earnings reports from top-tier Chinese firms. Below, we provide a brief preview and technical outlook for JD.com, Tencent, and Alibaba:

JD.com (JD) kicks off the party by reporting earnings on Tuesday. Founded in 1998, the e e-commerce giant has more than 300 million active users and is a world leader in robotic deliveries, including drones and driverless cars. In its earnings release, traders will focus on international growth (especially in emerging markets), macroeconomic headwinds given slowing growth in China, and the company’s recent focus on supply chain management systems.

Technically speaking, the stock has carved out a range between 25.75 and 32.00 over the last five months. Prices tested the bottom of the range early in the week, and a strong earnings report could take prices back toward the middle of this range around 29.00 in the coming days. On the other hand, an earnings miss could break support and lead to a drop toward the lower 20.00s. 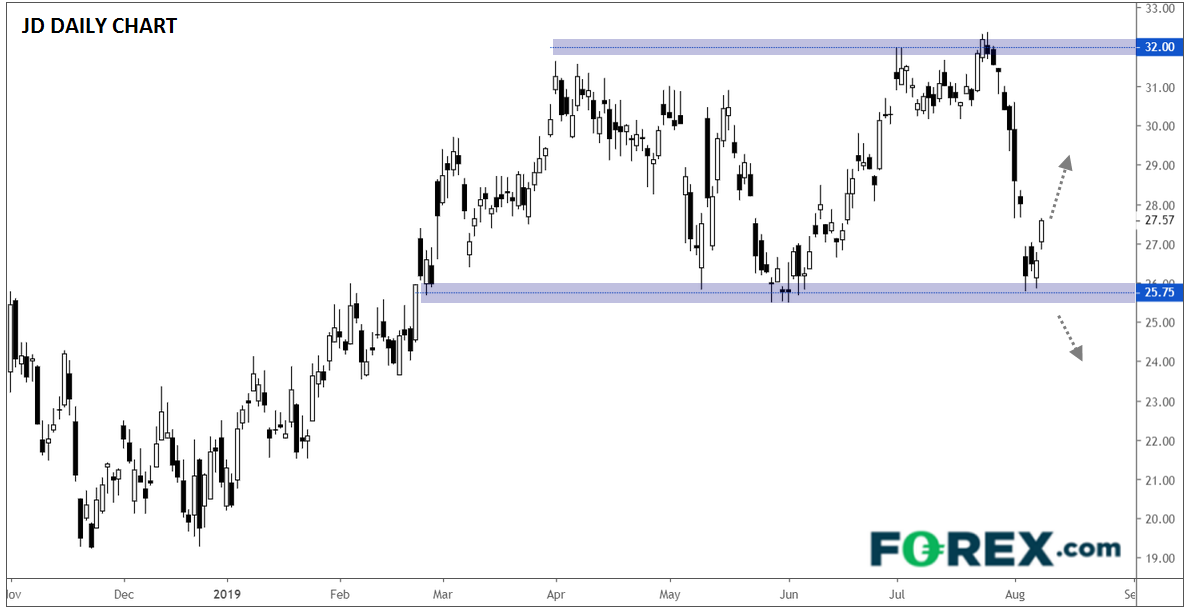 Next up is Tencent (TCEHY), which reports earnings on Wednesday. The technology conglomerate is the world’s largest gaming company (Fortnight, Honor of Kings) and one of the biggest social media firms (WeChat), in addition to including a massive venture capital arm. The company’s operations took a hit after regulators issued a temporary freeze on new gaming licenses last year, but the freeze has been lifted and this year’s release of the mobile game Perfect World have helped TCEHY get back on track.

As with JD, the stock has been rangebound in recent months, with the relevant support and resistance levels coming in at 41.00 and 47.50 respectively. Shares are currently changing hands in the middle of the range, having broken down from a near-term bullish channel last week. At this point, it would take a big surprise relative to analysts’ $0.35 EPS estimate to take TCEHY out of its established range. 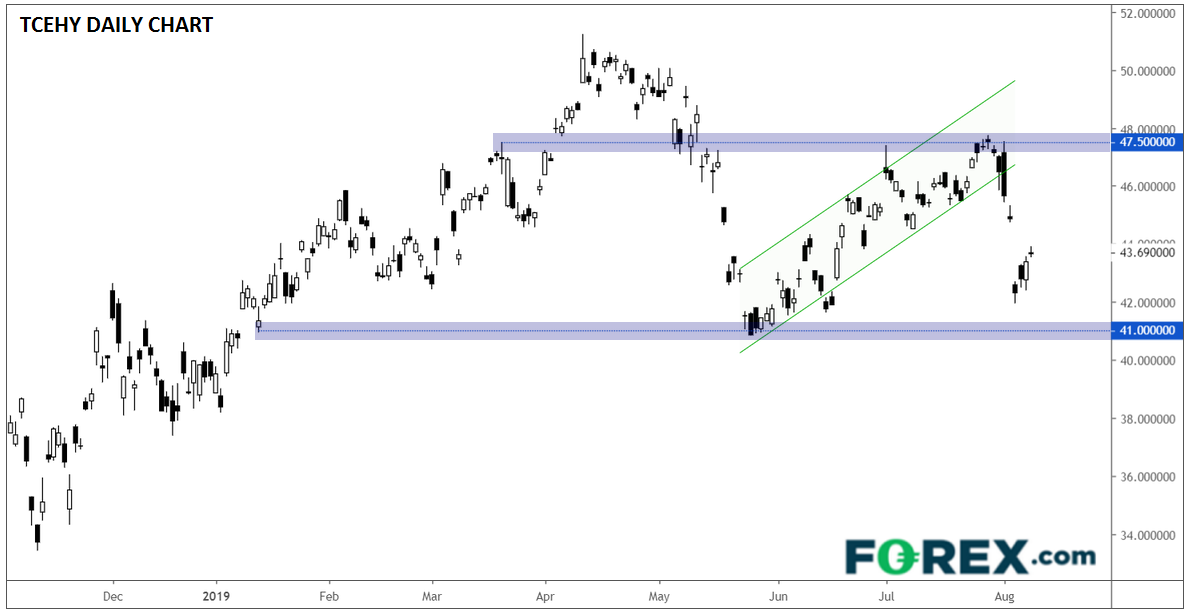 Finally, Alibaba (BABA) reports earnings during Thursday’s Asian session. The e-commerce, payment, and cloud computing giant was recently named one of the world’s most admired companies by Fortune magazine and its sales are larger than all US retailers (including Wal-Mart and Amazon)…combined! From a fundamental perspective, investors will key in on growth in the company’s cloud computing division, as well as any signs of slowdown from the ongoing US-China trade tensions.

After gaining more than 40% through May, BABA has dropped off and seen its year-to-date gain drop to 16% as of writing. Looking ahead, prices have recovered off the start-of-the-week lows and could see a further rally on a strong earnings report. That said, any significant signs of a trade-related slowdown could take BABA to a 7-month low under $150 given the prospect of trade tensions escalating in the coming months. 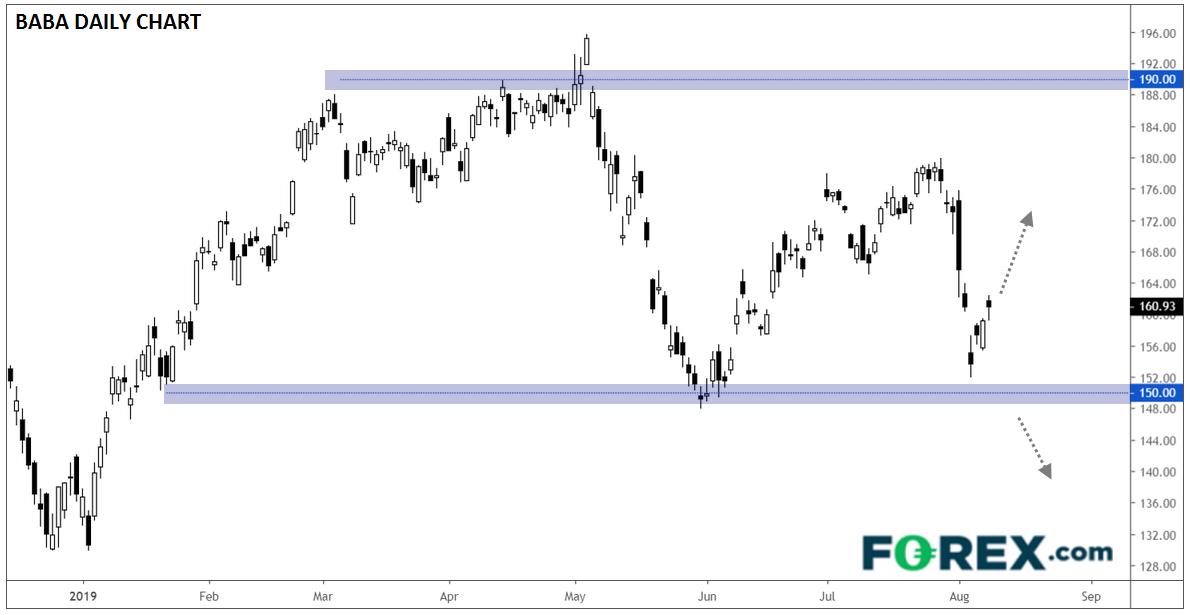