Any hints of coordination with fiscal policymakers could help stabilize the selloff in European stocks and boost the euro...

After a series of mostly ineffectual interventions from policymakers in the US, UK, Australia, and elsewhere, the European Central Bank stepped into the batter’s box this morning. Just yesterday, newly-anointed ECB President Christine Lagarde announced that without coordinated action, Europe “will see a scenario that will remind many of us of the 2008 Great Financial Crisis,” so market participants were on the edge of their seats to see what she would announce.

Bucking market expectations, Lagarde and company left the ECB’s primary interest rates unchanged, though they did announce a new Long-Term Refinancing Operation (LTRO) to provide immediate liquidity and an increase to monthly bond purchases by 120B. In more technical details, the rate on the new LTROs will be 0.25% below the average of main refinancing operations and the amount that counterparties can borrow was increased to 50% of eligible loans.

Put simply, it appears that the ECB believes negative interest rates will not have a meaningful impact in combatting coronavirus, and while some of its unconventional policies may have a role to play, fiscal policy is the best tool to address the crisis. European stock markets, disappointed by the lack of an interest rate cut, quickly dumped lower with Germany’s DAX bourse shedding more than 2% in 10 minutes following the release. In the FX market, EUR/USD saw a quick 100-pip spike to trade briefly above 1.1300, though that move quickly faded and the pair is now trading little changed. 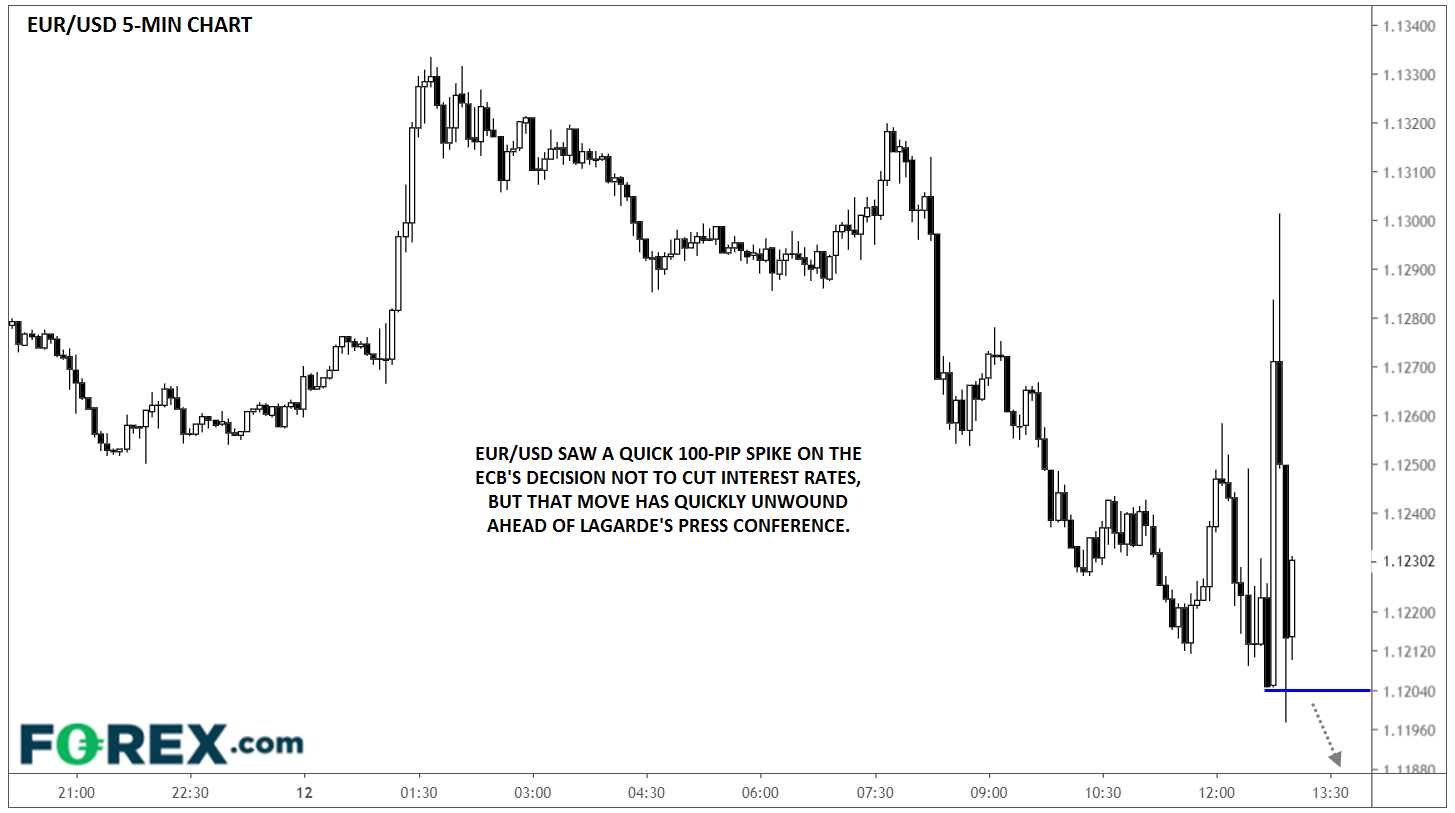 With traders clearly unimpressed in the initial market reaction, President Lagarde will take the stage for her ECB press conference at 13:30 GMT, shortly after we go to press. Traders will be looking for clarity on what the central bank expects the new measures to accomplish and whether the ECB has any more strategies left in its toolbox. Any hints of coordination with fiscal policymakers, especially in Germany, could help stabilize the selloff in European stocks and boost the euro, while a lack of clarity and confidence could take EUR/USD below today’s low at 1.1200 and lead to another round of selling in the single currency.