EU indices up this morning | TA focus on Hennes & Mauritz

#UK - IRELAND#
Aston Martin, a luxury sports cars manufacturer, released a trading statement: "Dealer stock had reduced by 617 units year-to-date to end May. (...) As expected, due to COVID-19 disruption, retail sales (dealer sales to customers) and wholesales are expected to be lower in Q2 than in Q1. (...) More than 90% of dealer network now open. (...) For the full year total wholesales are currently expected to be broadly evenly balanced between sports cars and DBX."

Bunzl, a distribution and outsourcing company, was upgraded to "overweight" from "neutral" at JPMorgan.

Rentokil Initial, a business services group, was upgraded to "overweight" from "neutral" at JPMorgan.


#GERMANY#
Deutsche Lufthansa, an airline group, reported that its shareholders voted in favor of accepting the 9 billion euros bailout plan from the German government, who will establish a 20% stake in the company.


#SPAIN - PORTUGAL#
Iberdrola, a Spanish energy group, was downgraded to "hold" from "buy" at HSBC.

EDP, a Portuguese electric utilities company, was downgraded to "hold" from "buy" at HSBC.


#ITALY#
Enel, an energy company, was downgraded to "hold" from "buy" at HSBC.


#SWITZERLAND#
Novartis, a pharmaceutical group, announced that it has agreed to pay the U.S. regulators 347 million dollars to settle all Foreign Corrupt Practices Act investigations into its bribery law violation.


#SCANDINAVIA#
Hennes & Mauritz, a swedish clothing-retail company, posted second quarter earnings in line with estimates. The company expects 2020 net decrease of stores. From a chartist point of view, the share consolidates above the support at 131.7 swedish krona and remains on the upside since March. It is supported by its rising 50-period moving average (in blue). Above 131.7, the share aims 168.6 and 179.8 krona. 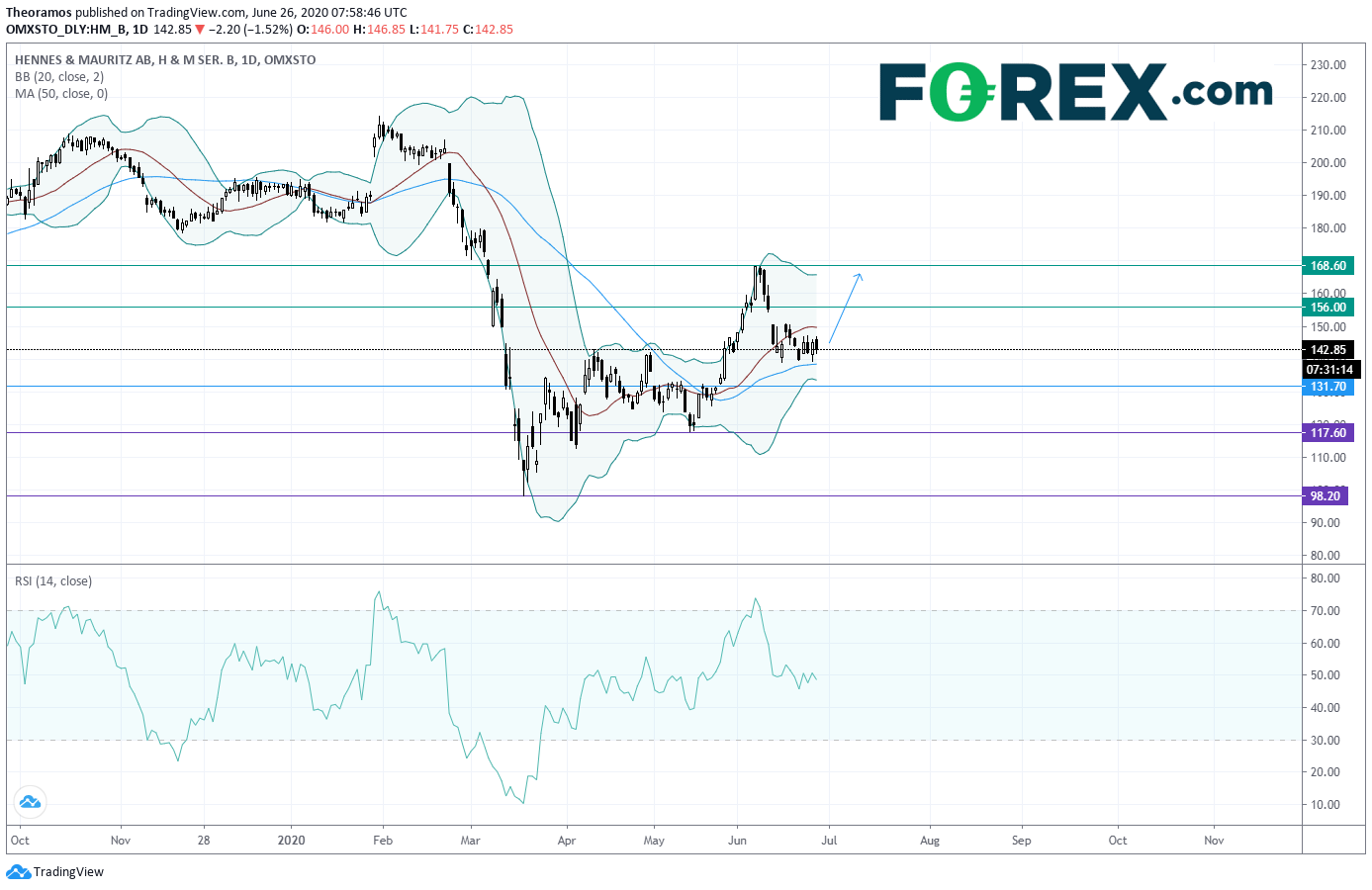