<p>The EUR/GBP managed to bounce back relatively sharply just before the end of last month after receding Brexit fears had exerted strong downward pressure on the cross throughout the month of April. The recovery may have been driven by lingering ‘Brexit’ concerns and recent weakness in UK data, including last week’s Purchasing Managers’ Indices (PMI) which fell across all the three major sectors of the UK economy as caution prevailed ahead of the UK-EU referendum on June 23.</p> 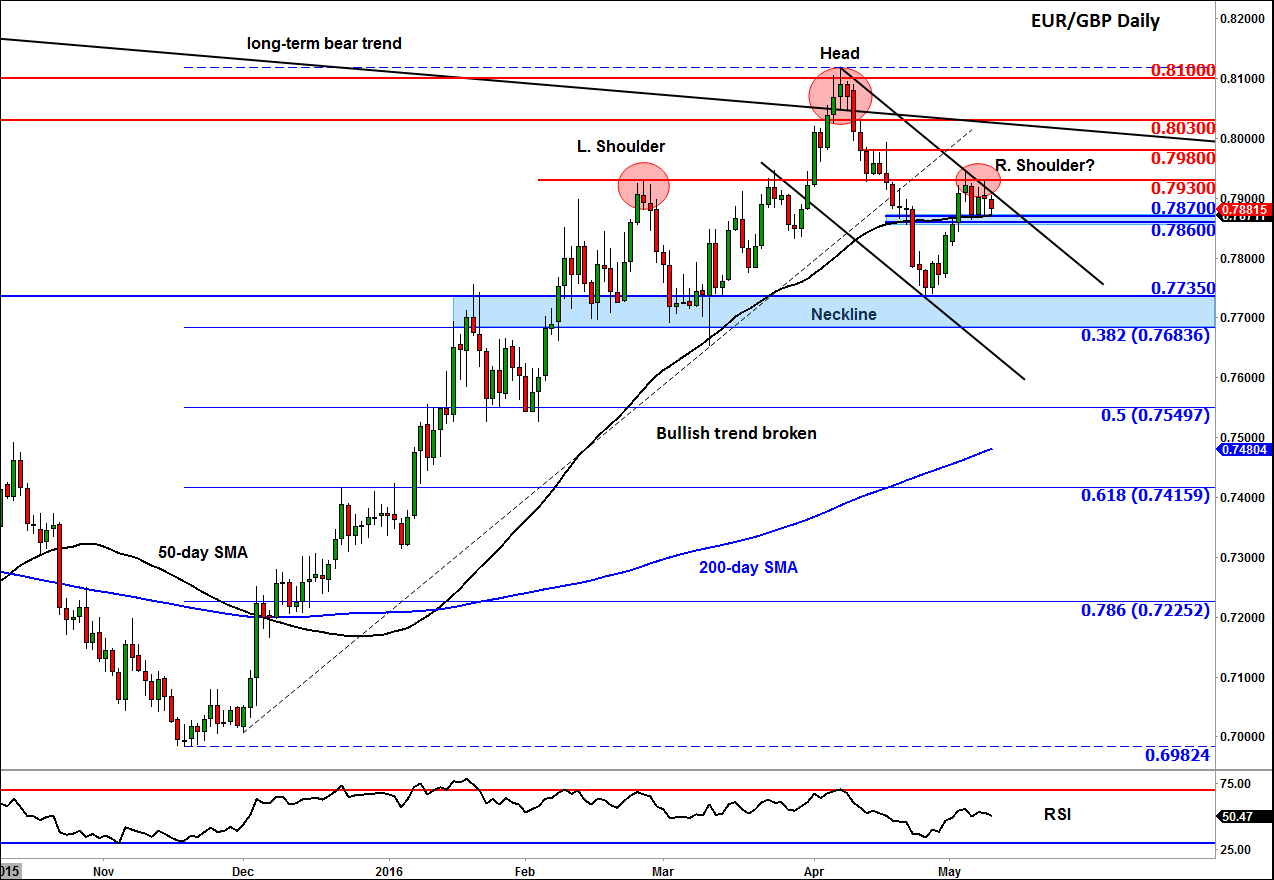