<p>The EUR/JPY may have formed a reversal pattern at around 121.70-122.00 area at the end of last week. Price action has been bullish since, with some key short-term resistance levels broken down. However, there has been no confirmation of the reversal yet as the major bearish trend lines are still intact and the daily moving averages are all still pointing lower. Nevertheless, the EUR/JPY’s levels are clearly defined which makes it technically-friendly to trade even with a short-term focus.</p> 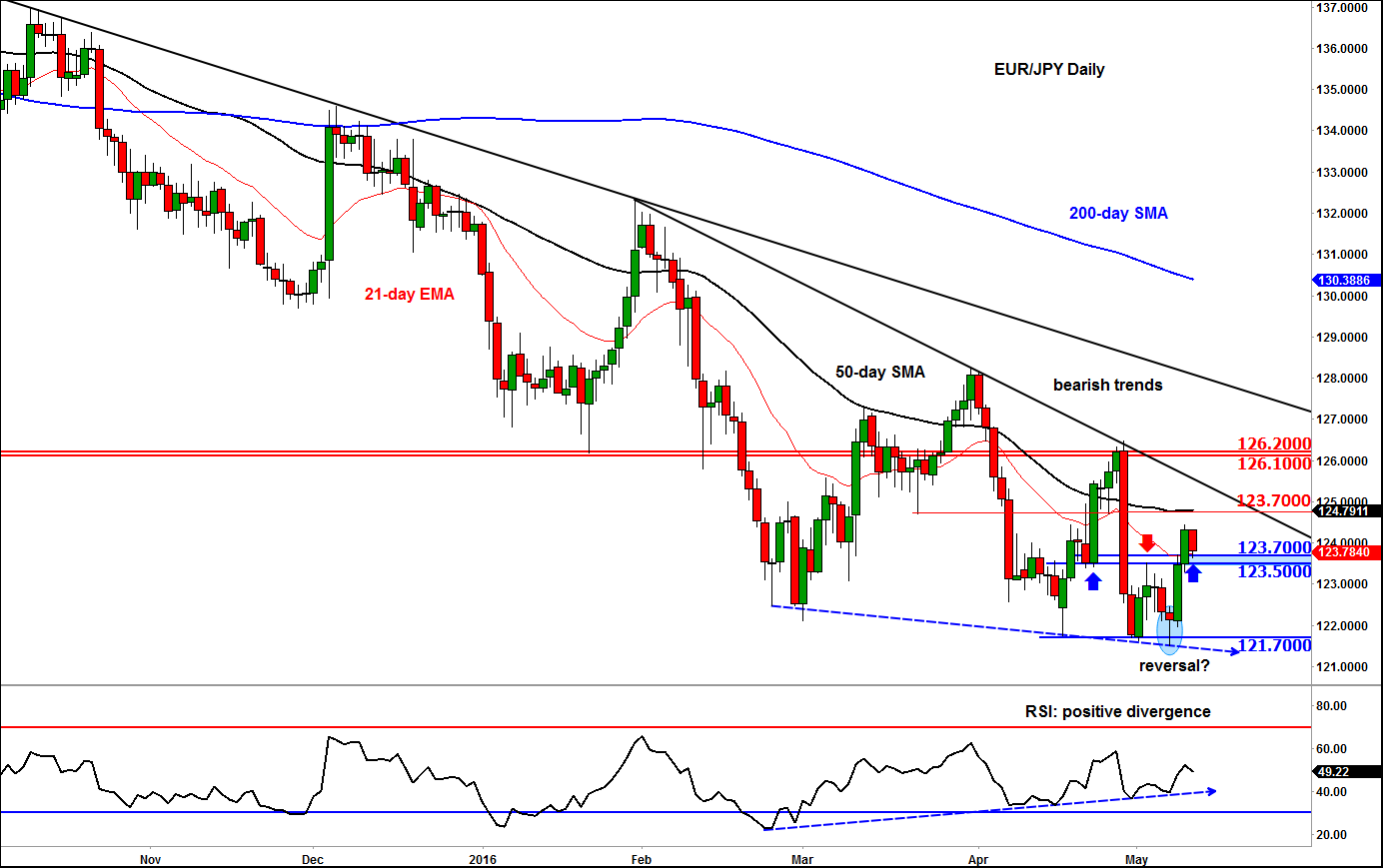