New Federal Reserve Chair Jerome Powell began his highly anticipated testimony in front of the US House Financial Services Committee on Tuesday, and his initial remarks sounded a distinctly hawkish tone. Though Powell reiterated the Fed’s long-used “gradual” qualifier to describe future policy tightening and interest rate hikes, the Fed Chair also asserted a highly optimistic perspective on economic growth, employment, wage growth, inflation, and fiscal policy. He also noted that this perspective has come about after the Fed called for three 2018 rate hikes in December. In doing so, Powell made a not-so-subtle implication that the pace of interest rate increases may potentially be adjusted higher, though he refused to “pre-judge” Fed officials’ collective rate forecasts that will be formulated and released at the next FOMC meeting in March.

As Powell essentially confirmed the Fed’s increasingly hawkish stance in his testimony, the initial market reactions conformed to what might have been expected given his comments. Stocks pulled back after two previous days of rallying as US Treasury bond yields surged to near multi-year highs once again. At the same time, newly raised expectations for higher interest rates boosted the US dollar sharply while pressuring gold prices.

In the case of EUR/USD, the substantial boost for the US dollar driven by Powell’s testimony helped push the currency pair down to approach its next major support target around the key 1.2200 level. In the process, EUR/USD also reached down to its 50-day moving average. As Powell’s testimony continues and his hawkish perspective on interest rates becomes even clearer, the dollar could be poised for further gains. In this event, any EUR/USD breakdown below the noted 1.2200 support level would be a key technical event that would confirm a potential double-top reversal pattern that has formed from the January and February highs above 1.2500. The 1.2200 support level represents the trough of that potential double-top. Any sustained breakdown confirming the pattern below that support level is poised to target the next key short-term target to the downside around the 1.2075 level. 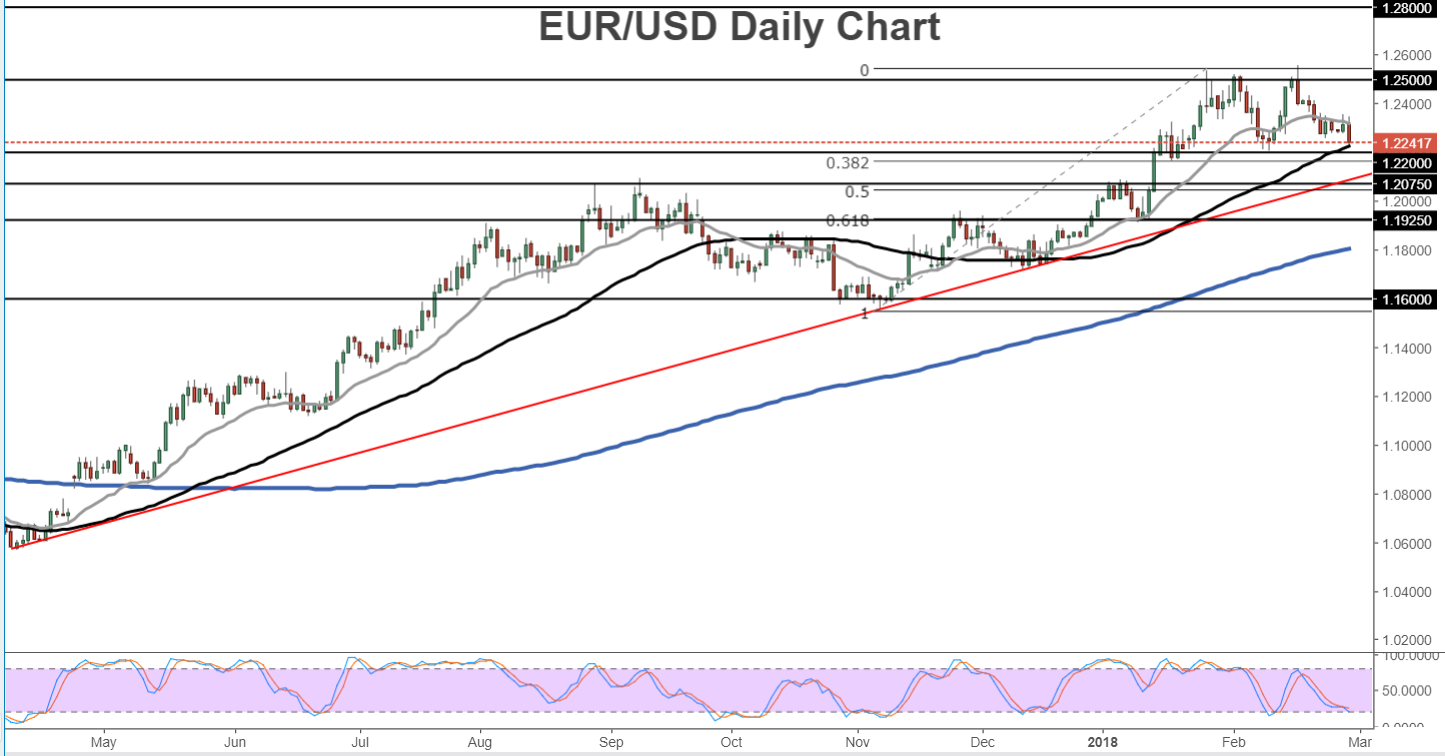