Shorting EUR/AUD has been one of the better performers in recent weeks for bearish traders. Yet yesterday’s rally (its best in 4-months) should serve as a warning. 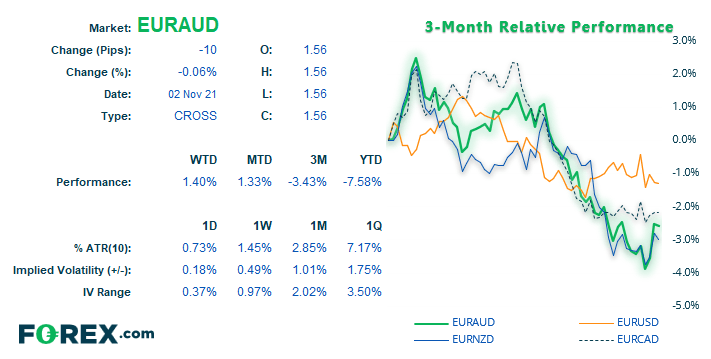 Back on the 6th of October we were keeping an eye on EUR/AUD as it approached trend support, which also coincided with a zone of potential support. Such areas always warrant a close look as they can provoke a volatile reaction and relatively easy plan for bulls and bears. Should the level hold, it suggests the trend is likely to resume. Yet if such levels break, it signifies a change in sentiment and trend, and sometimes provide the more volatile reaction as stops are presumably triggered and the crowd switches sides. As we can see from the chart below, it did not disappoint. 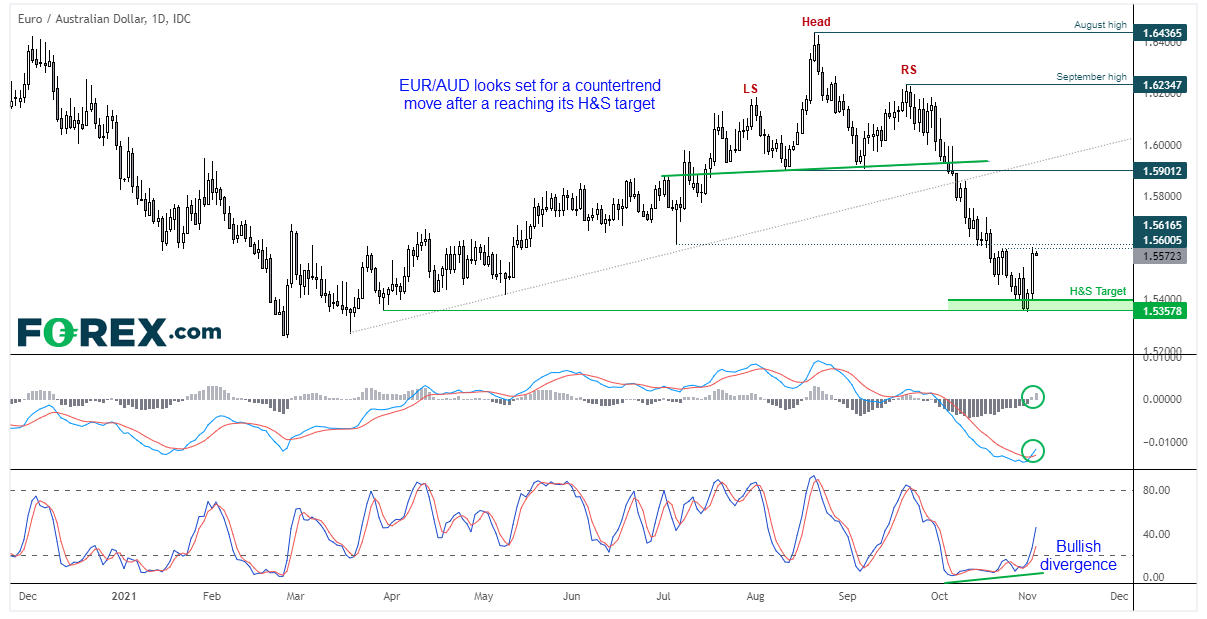 Prices have fallen around -500 pips since the trendline break, and just over -1000 pips since the August high. Furthermore, the decline form the September high was in a relatively straight line, which eventually stalled this week around the head and shoulders target.

With the target now reached, bears should take note that there are technical and fundamental reasons to be wary of further losses over the near-term. Firstly, EUR/AUD rallied over 1.3% yesterday during its most bullish session in nearly 4-months after the RBA meeting. A bullish divergence had also formed on the stochastic oscillator (confirmed by yesterday’s rally) and a MACD buy signal has formed, which can be useful for longer-term inflection points. And with RBA bulls disgruntled, and traders heavily net-short AUD futures, perhaps this bounce could have some legs to it.

The Australian dollar was broadly sold off as the RBA were not as hawkish as traders were positioned for. Markets were hopeful of a more hawkish stance after September’s inflation rate had entered the lower bound of their 2-3% target range for the first time since 2015. Yet those hopes were dashed when RBA Governor Lowe said during yesterday’s webinar that it’s plausible they could begin raising rates some time in 2023. Ultimately, markets were wrong footed and mean reversion is now underway. But what is particularly interesting is that AUD traders remain at near-record levels of net-short exposure. 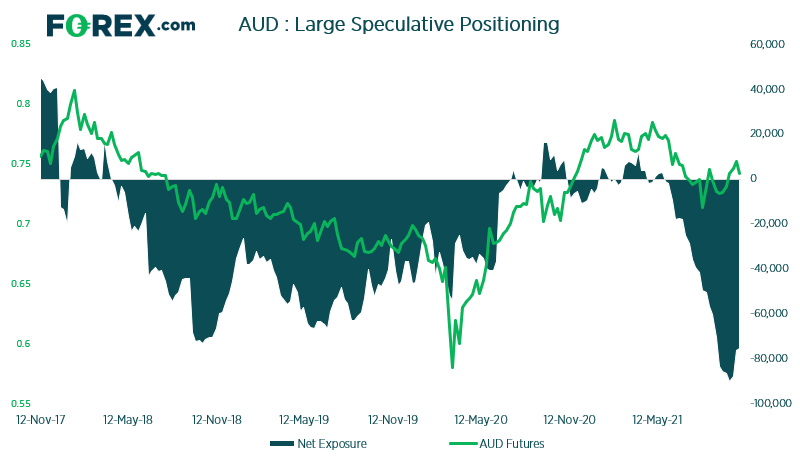 What is important to note here is that, overall, traders remained heavily net-short AUD in recent months despite prices rising. And if they haven’t capitulated already, there is even less reason to do so following yesterday’s RBA meeting. This also means that AUD may be more susceptible to weak data going forward than it was before yesterday’s meeting.

The four-hour chart shows how strong bullish momentum from its multi-month lows, and that prices broke above the prior cycle high. Prices have since paused near the October 22nd high and monthly pivot, so there is the potential for a pullback from current levels. Ideally, we’ll see prices hold above the 1.5525 high / 1.5500 handle and form a swing low. And that could be of interest for bullish swing traders who also anticipated an eventual breakout. Further out, a break above 1.5600 / 17 assumes bullish trend continuation.