The EUR/GBP has been on a rollercoaster ride over the past couple of weeks as market participants reacted to the latest Brexit headlines while keeping a close eye on a deteriorating Eurozone economy. 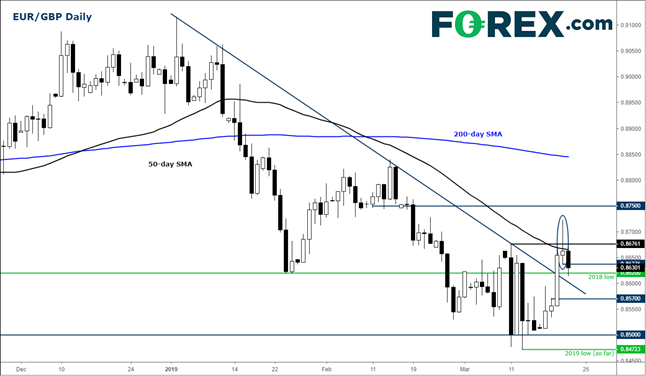