Despite the overall weakness in UK data recently, the BoE is still more likely to hike rates before the ECB ends QE. This makes us fundamentally bearish on the EUR/GBP. Although Brexit-related and political uncertainties remain in the UK, this is offset by the fact that the Eurozone has its own problems to deal with – Italy, for example. 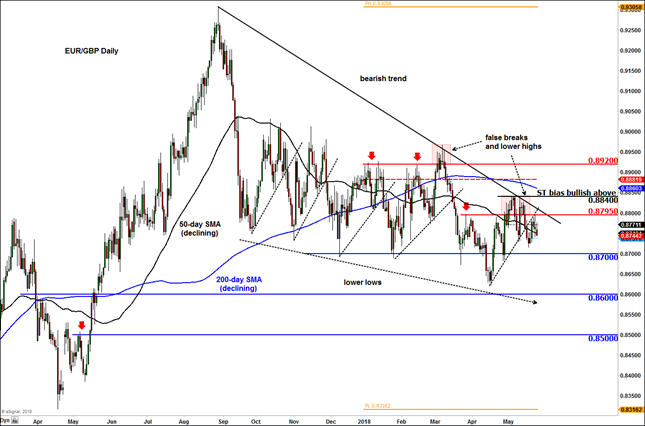