EUR/JPY Coils Above Key Support Ahead Of ECB 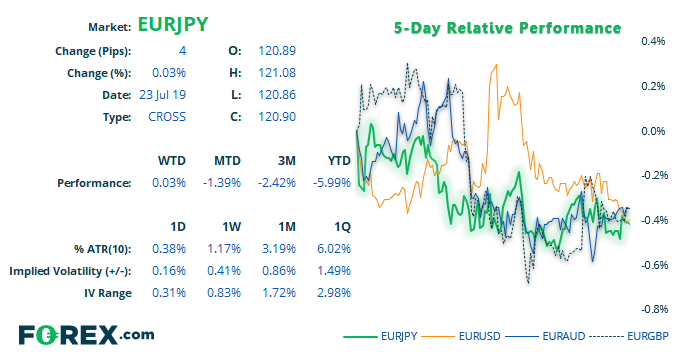 Whilst there is some speculation that ECB could ease this week, we believe it to be more likely they’ll use Thursday’s meeting to lay the groundwork to act in September. Whether this will turn out to be rate cut, asset purchases or a combination of the two remains to be seen, but there could be an upside surprise for the Euro if ECB fails to deliver any guidance on Thursday. Which is essentially what happened following their June meeting. 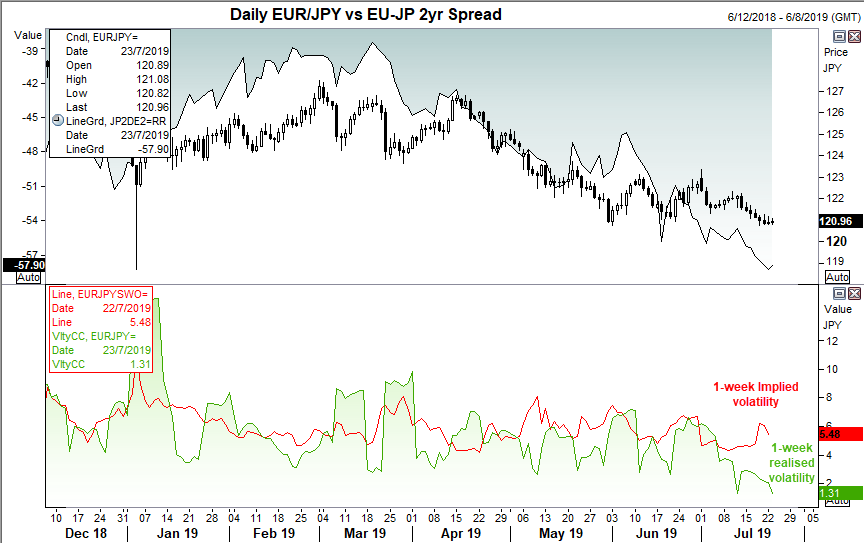 We’re keeping an eye on EUR/JPY around this meeting, which has stalled above key support. Prices are compressing at the lows and essentially stuck within a 50-pip range, seeing realised volatility at extremely low levels whilst 1-week implied volatility remain elevated (ie. markets are expecting some action). Whichever way volatility takes prices on the day, our core bias remains bearish, given its established downtrend which is being led by lower yield differentials (EU-JP 2yr spread). 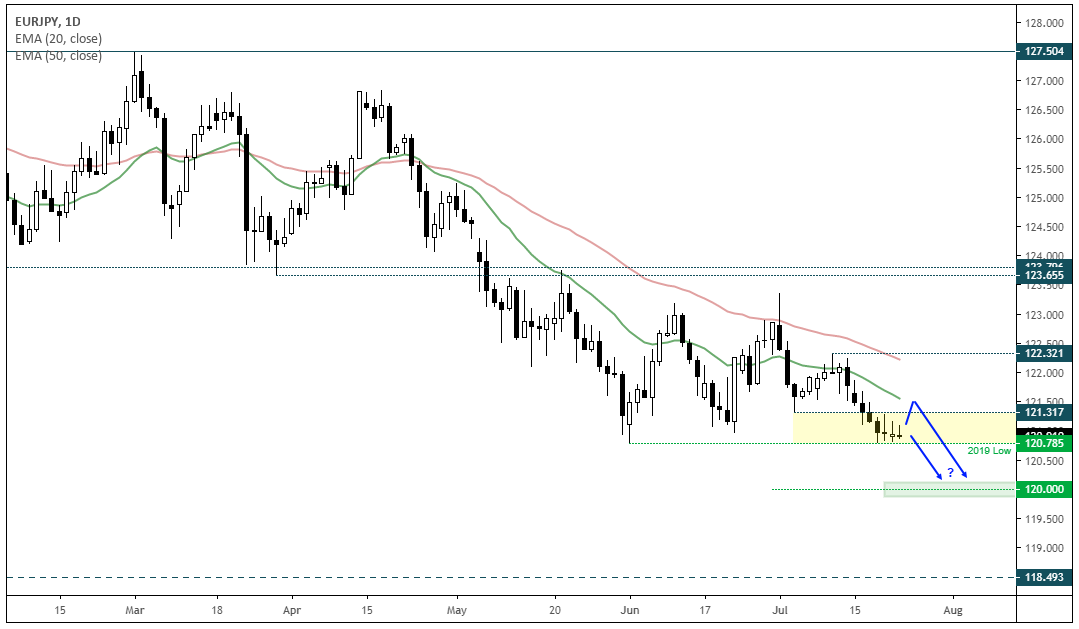 The trend remains bearish beneath the 112.32 high. The 20 and 50-day eMA’s point lower and we’d see any orderly retracement from support as a potential opportunity to fade into the move, in line with the bearish trend. Of course, a caveat here is we’d step aside if we see a clear burst of bullish from the lows but the trend remains bearish beneath the 112.32 high.

A break lower brings the 120 area into focus. Not only as it’s an obvious round number, but the weekly and monthly S2 levels generated from pivot points are around this level, making it a high probability level of support in our view.

Related analysis:
EUR/USD in focus ahead of ECB and FOMC
Week Ahead: UK’s New PM, ECB and US GDP
ECB not dovish enough