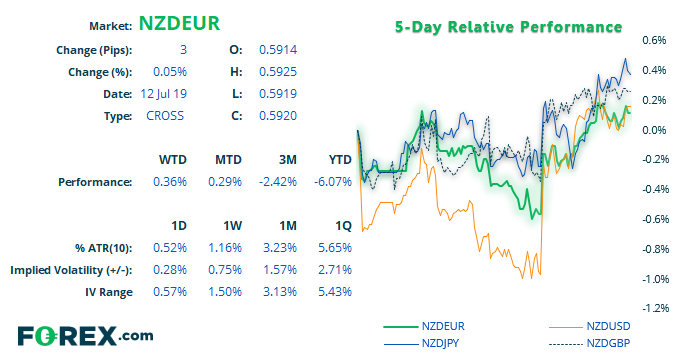 At their last monetary policy meeting, RBNZ held rate but left the door open for an August cut, adding a lower OCR may be needed over time. Keeping in mind that they used the word ‘likely’ in the lead up to their 25bps cut in May, further easing in August is not a done deal just yet. Furthermore, we need to see how their quarterly CPI and employment data fares over the next few weeks ahead of their meeting on the 7th August.Regardless,  RBNZ’s slightly dovish hold allowed selling pressure on NZD to subside and has provided bullish opportunities over the near-term. 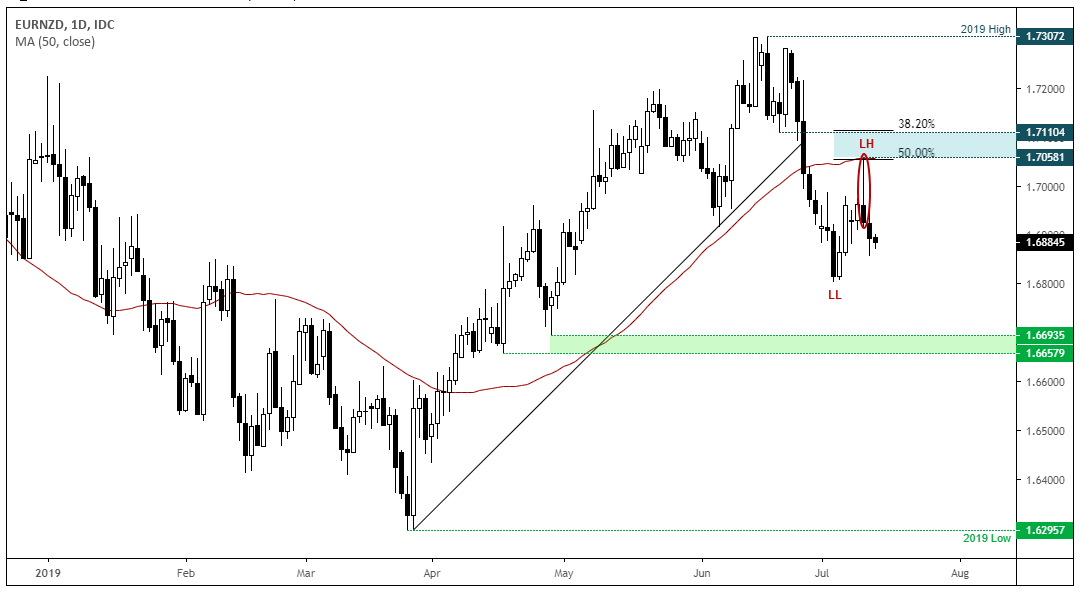 We remain bearish on GBP/NZD below 1.8960 and its daily tread structure could take it down towards the 1.8604/15 lows. And there’s potential for EUR/NZD to also extend its decline over the near-term.

We can see on the daily chart is closed firmly beneath the bullish trendline on the day RBNZ held rates. Price action has since broken a prior swing low and a recent correction stalled perfectly at the 50% retracement level and 50-day average. Furthermore, a bearish hammer formed and yesterday’s price action has already broken beneath it which suggests a swing high could be in place. Whilst prices trade below 1.7058, the bias is for a move towards the 1.6658/94 lows. 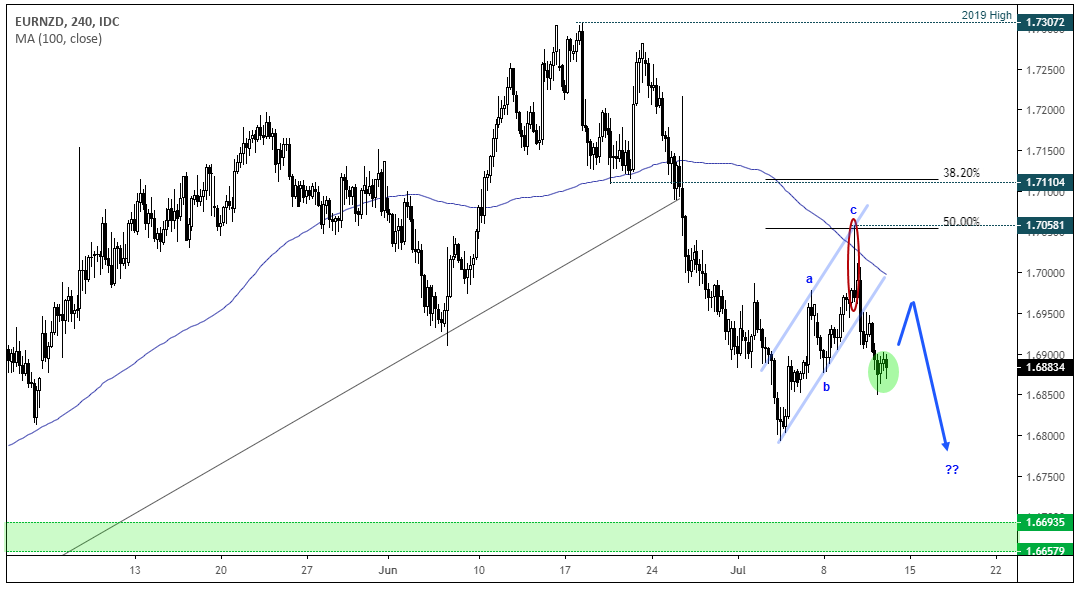 Switching to the four-hour, prices have stabilised above 1.6850 with a series of smaller hammer which could see a minor bounce from current levels. However, given the clear countertrend 3-wave move leading up to a pinbar high, the bias also remains bearish on this timeframe. Therefor we could consider fading into minor rallies below 1.7058 to improve reward to risk potential