On the equity markets, the announcement of the European Commission's support plan should continue to provide support, even if it remains to be confirmed, since it implies an agreement of the 27 member countries.

On the equity markets, the announcement of the European Commission's support plan should continue to provide support, even if it remains to be confirmed, since it implies an agreement of the 27 member countries, expected by July. The new €750 billion emergency fund will be financed by borrowing at the federal level. This fund will lend to the states (250 billion) and also provide budgetary allocations (500 billion). The discussion will focus in particular on the taxes to be created to pay back from 2028 to 2058. The President of the Commission, Ursula Von der Leyen, wants to "reboot our economy and ensure the rebound of Europe."

The stock market will also have its eyes on Hong Kong and China. Indeed, Donald Trump will hold a press conference today on his relations with Beijing.

The Euro Stoxx 50, a benchmark comprising many of Europe’s largest publicly traded companies, is slightly down this morning thanks to a bearish gap below a short term rising trend line. Prices are nearing the rising 20-simple moving average. The Relative Strength Index (RSI, 14) on a 60 minute chart is posting a bearish divergence, calling for a down move. 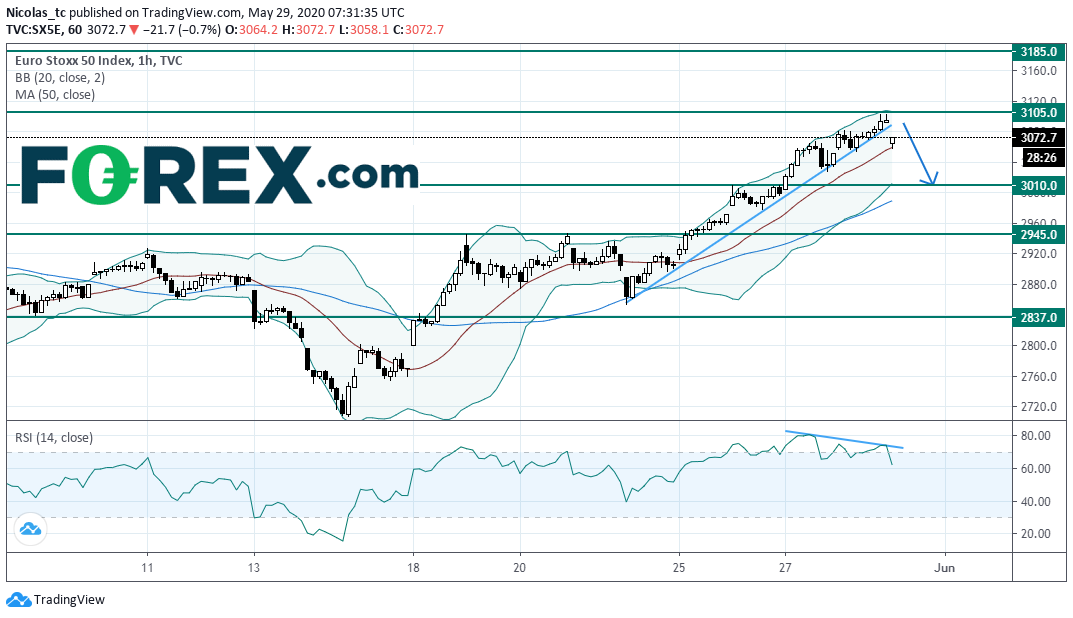