European equity markets extend their rebound for a second day amid tentative signs that virus cases slow in Europe. However, charts show a less rosy picture...

From a technical perspective, the index of European blue-chip companies - the Euro Stoxx 50 - is posting a rebound thanks to the upside breakout of the declining 20-day simple moving average which was playing a resistance role since March 26th intermediary top.

The index price is now approaching from the resistance zone between 2900 and 3085 (respectively the 38.2% and 50% Fibonacci retracement level of the February 20th to March 16th down move). In addition, prices are nearing both the upper Bollinger boundary on a daily chart and the 2018 low which could play a resistance role according to polarity principle.

Regarding technical indicators, the Relative Strength Index (RSI, 14) is reversing up from its oversold territory but remains capped by a declining trend line. As a consequence, readers may want to consider the potential for short trades below the resistance zone 2900 - 3085 with the horizontal support at 2626 as target. Caution: a break below 2626 would open the way to a further decline towards 2428.

Alternatively, a push above the resistance zone 2900 - 3085 would call for a continuation of the rise towards the next resistance at 3270. 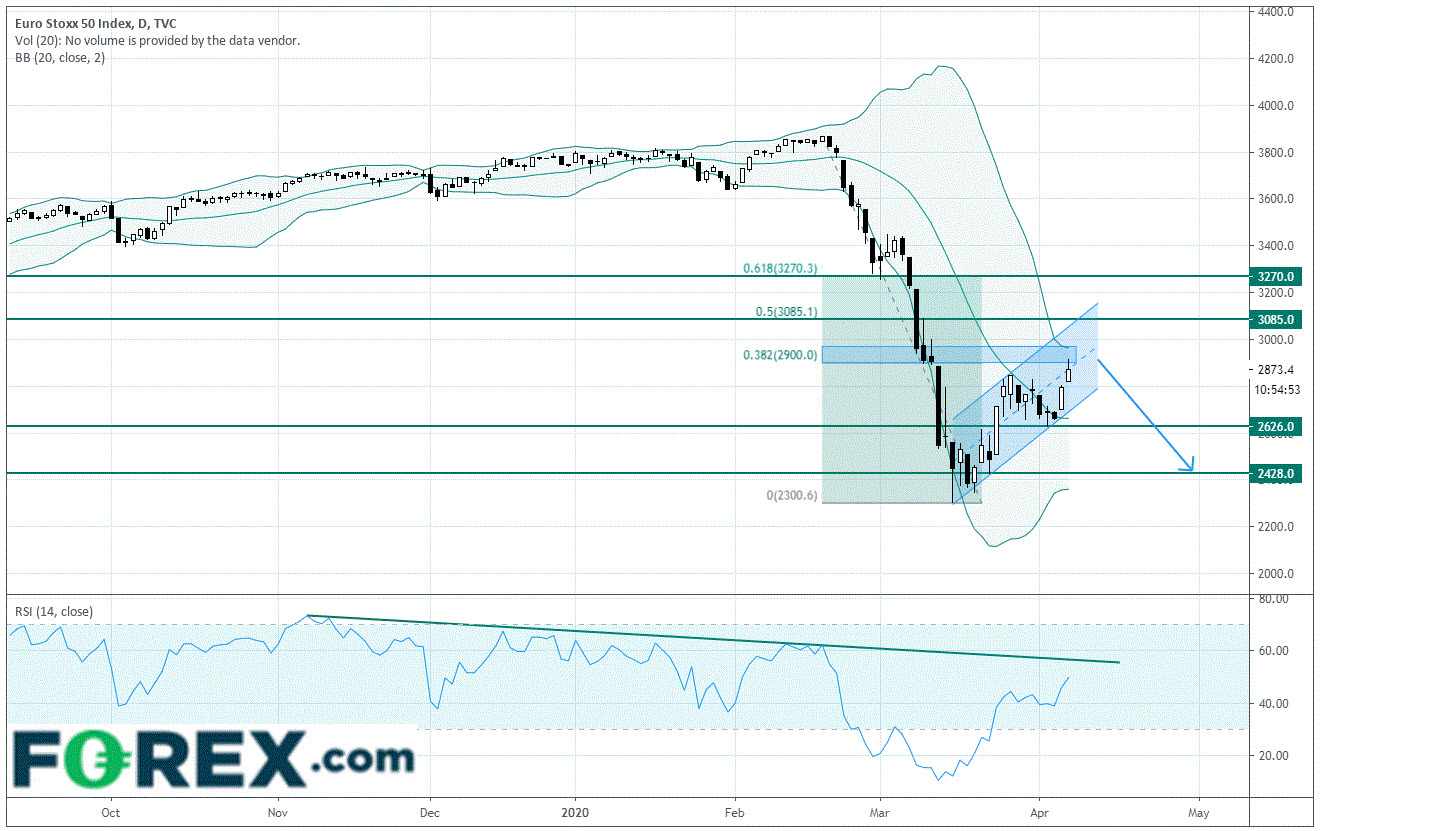