After climbing to above 1.19 on news of an unexpectedly sharp 1.5% year-over-year rise in August CPI, the EUR/USD then tumbled 50 pips after Reuters reported, citing an unnamed source, that the ECB is growing worried about the recent strength of the euro and that this may increase the chance of a delay or call for a more gradual exit from the asset purchases programme. 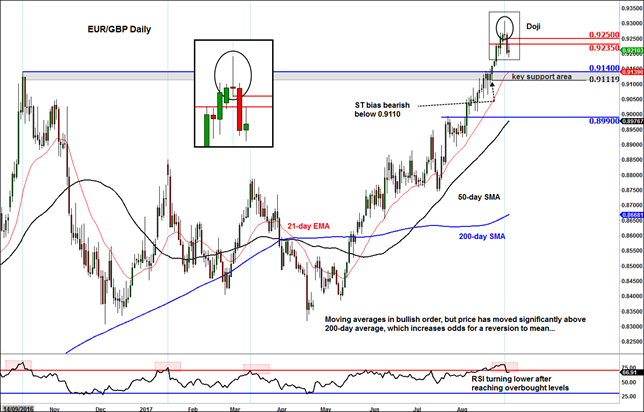