The Swedish krona continues to hit new lows against her major rival, the euro.

The Swedish krona continues to hit new lows against her major rival, the euro.

The EUR/SEK broke to a new 2019 high earlier after clearing major resistance in the 10.85 zone. The krona’s ongoing weakness is a reflection of the market’s disagreement with Swedish central bank – the Riksbank – which had projected higher interest rates, despite all other major central banks turning dovish.

Thanks to soft domestic data and a slowing global economy, investors are increasingly doubting the central bank it will go ahead with projected rate hikes. Indeed, some have suggested that the Riksbank may even do a U-turn on interest rates and loosen – rather than tighten – monetary policy at the end of the year. With growth weakening in the Eurozone and China, and as exports account for almost half of the nation’s GDP, this may not be a bad shout after all.

Today’s breakout above the 10.8500 level means the technical path of least resistance continues to be to the upside for the EUR/SEK. Once resistance, this level could be the new key support to watch going forward. Generally, for as long as rates remain above the 10.8245-10.8500 area, the bulls should remain in control – so a bit of deviation from the noted 10.8500 level should be okay. However, if price breaks below the aforementioned range, then in that case a return to the next key support at 10.7290 cannot be ruled out. 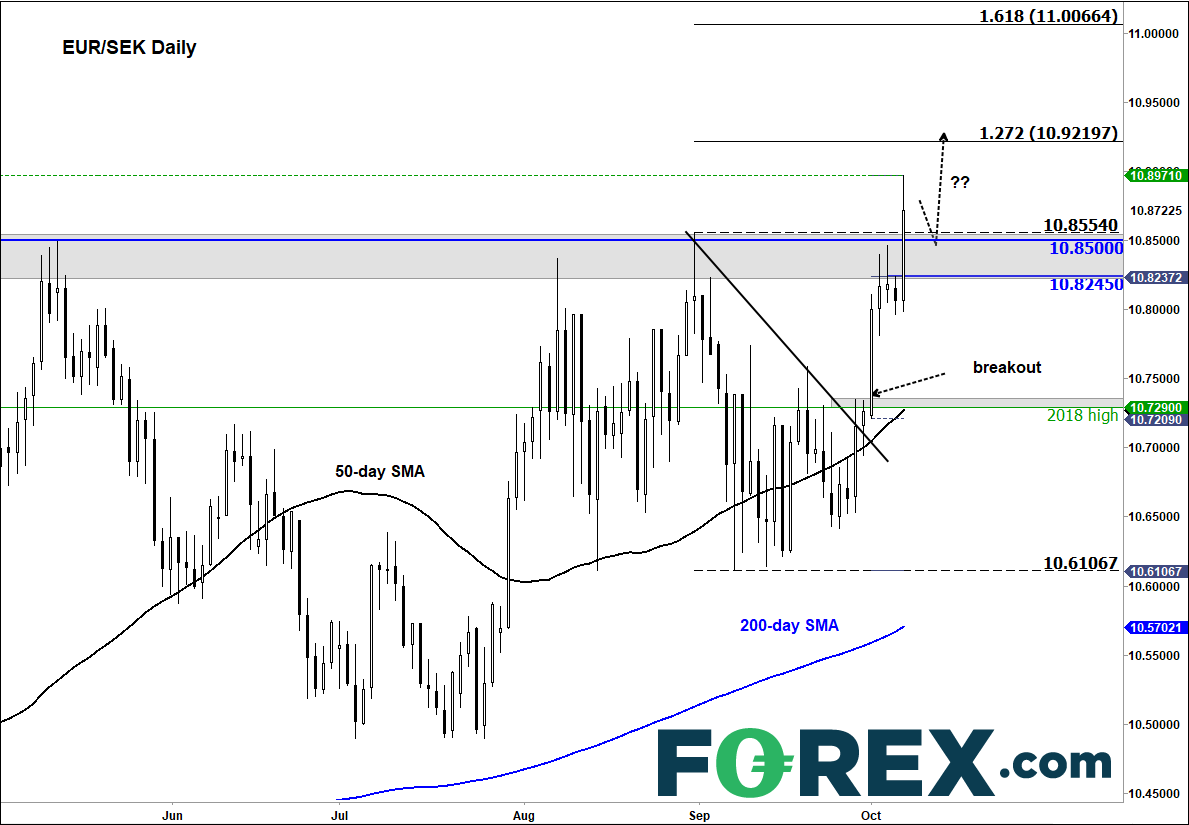