EUR/USD climbs to pivotal area ahead of US data

The EUR/USD showed bullish follow-through on Wednesday after it had created a reversal stick on the daily the day before in the form of a bullish hammer. That was in response to a very disappointing US manufacturing PMI report, which raised some speculation about a potential 50 basis-point rate cut from the Fed in their meeting later this month. However, unless we see further deterioration in incoming data from now on until the conclusion of the FOMC meeting on 18th September, it is very likely the Fed will cut rates by another 25 basis points instead of 50. Thus, today’s private sector payrolls report from ADP and the ISM non-manufacturing PMI should be very important in this regard, ahead of even more important official non-farm payrolls report on Friday. The EUR/USD bulls will want to see weaker numbers and the bears would prefer stronger figures. At 1.1050-1.1075, the EUR/USD was testing a pivotal area at the time of writing. Previously support, this area may turn into resistance. However, the aforementioned reversal pattern means there is an increased risk for further upside follow-through as trapped bears continue to abandon their positions. So, today’s close shall be important from a technical point of view: below 1.1050 would be bearish, above 1.1075 bullish. 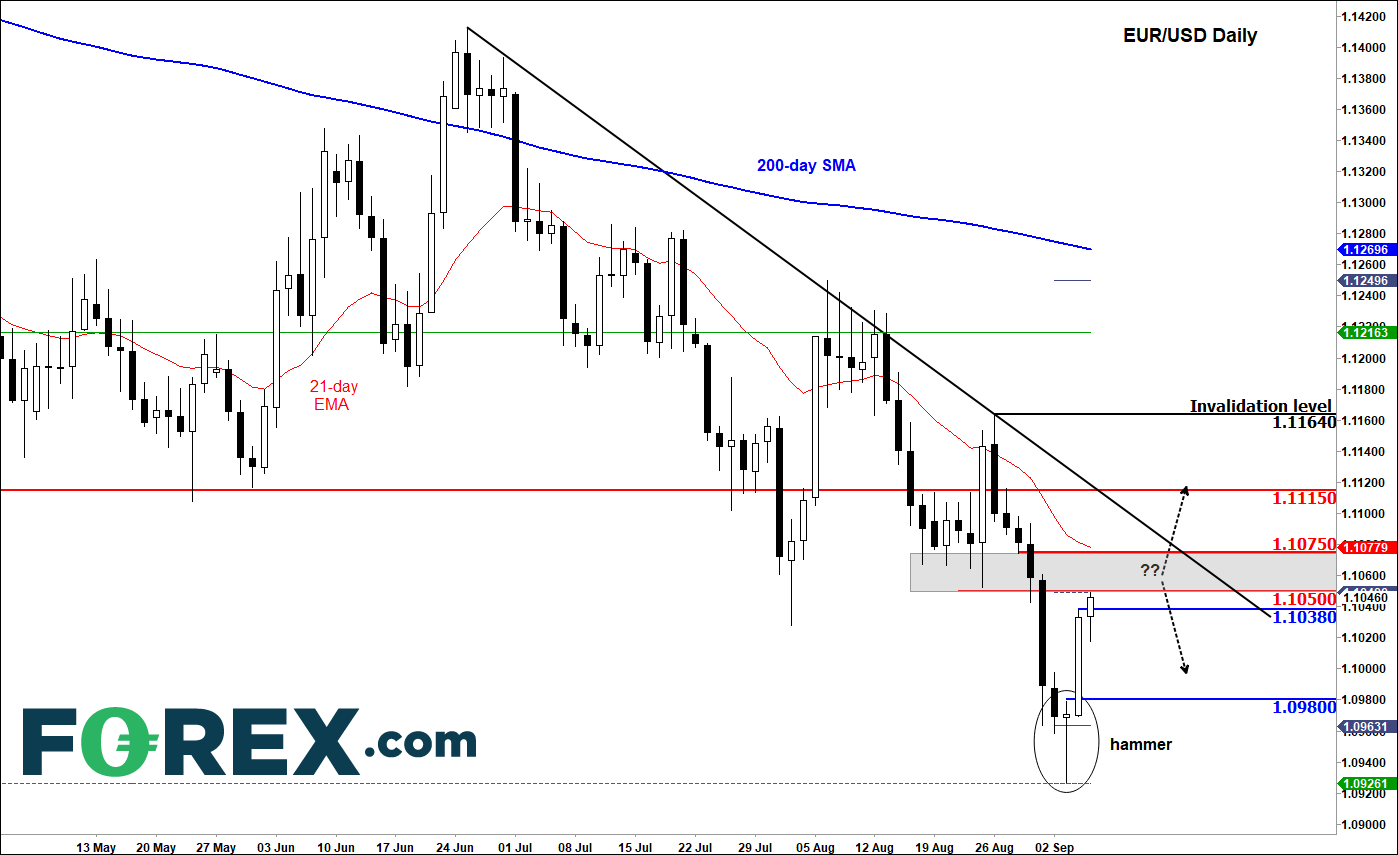